The Best Ski Resorts Around Spain 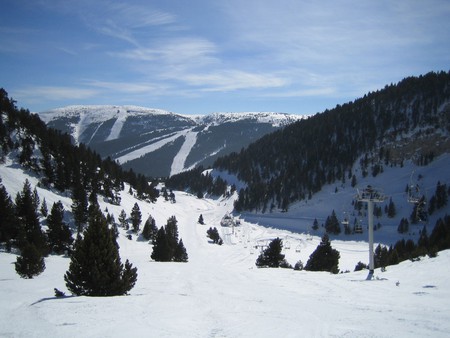 Places such as Switzerland, France and Austria are more frequently associated with ski resorts than sunny Spain. However, with the Pyrenees mountains bordering the country in the north and the high Sierra Nevada in the southern region, when it comes to snow sports, there are in fact a number of winter locations to choose from. We’ve rounded up some of the best ski resorts in Spain, whether for seasoned skiers, beginners or families.

Spain’s biggest and most popular resort lies around 200 kilometers north of Barcelona in the Val d’Aran area of the Pyrenees. It offers more than 80 kilometers of runs to suit all levels, including a number of black diamond runs to challenge even the most competent of skiers. As well as classic downhill skiing, at Baqueria-Beret winter sports lovers can enjoy snowshoeing, dog sledding, heli-skiing, paraskiing and cross-country skiing. Surrounding the resort you’ll also find many traditional villages to visit, filled with local architecture and traditional churches. 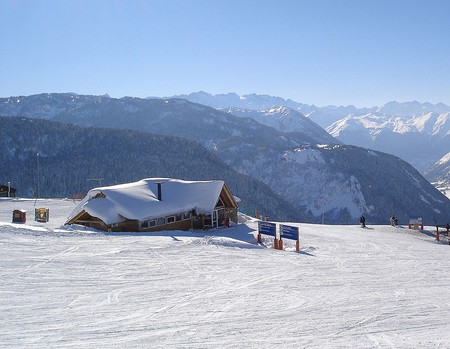 Situated between the Andalusian city of Granada and the Mediterranean Sea, this is one of the few Spanish ski resorts not located in the Pyrenees, and is in fact Europe’s southernmost ski resort. It can be reached by bus from Granada in just under one hour, and is an easy day trip from the city. Visit the Sierra Nevada towards the end of the season, in March or April, when you can ski in the morning and then head to the beach at Salobreña in the afternoon. The resort offers 106.80 kilometers of runs, which cater to all levels, and also has a number of ski schools, snow gardens with rides for children, cafés and restaurants, as well as a handful of hotels. 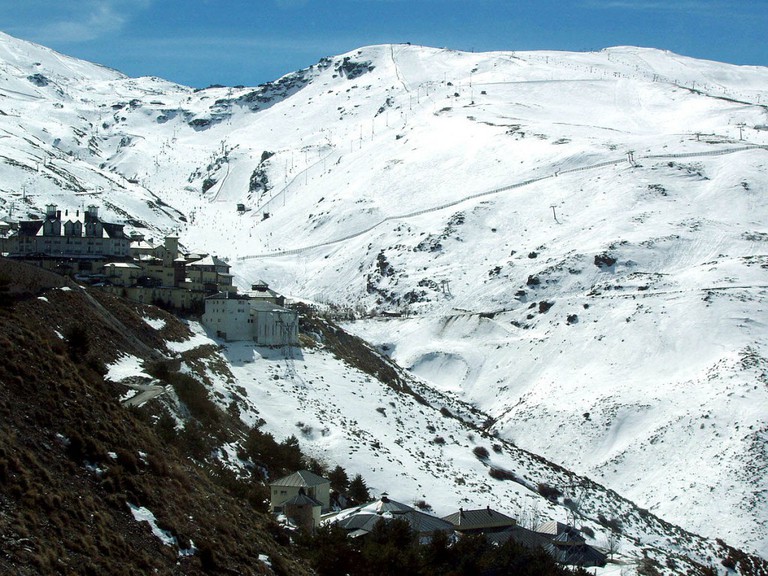 Situated within easy reach of Barcelona for a day trip, the twin resorts of La Molina and Masella sit side by side and offer more than 130 kilometers of pisted runs between them. La Molina is Spain’s oldest ski resort, home to the country’s first ski lift, inaugurated in 1943, and its first ski school. With its easy runs, it’s ideal for beginners, as well as snowboarders, being home to a large terrain park. Masella, situated on Tosa d’Alp mountain, is more popular with advanced skiers, offering many zigzagging downhill runs. 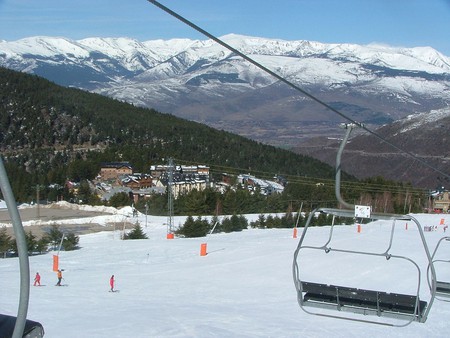 Located in the Aragon Pyrenees close to the French border at Pau, and 170 kilometers from the city of Zaragoza in Spain, Formigal is a quiet, laid-back resort favored by local families and beginners. The resort provides over 140 kilometers of slopes, as well as snow gardens and services for children. Right next door is the small budget resort of Aramón Panticosa, offering around 35 kilometers of pisted downhill runs catering to various levels, as well as a ski school suitable for beginners. 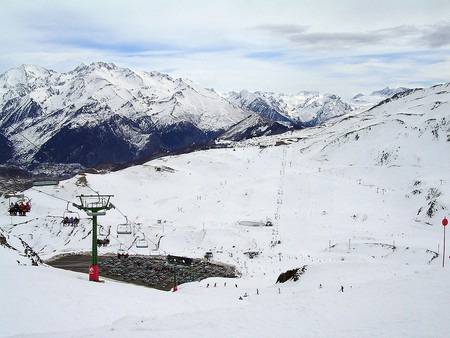 Located around 50 kilometers from Madrid, Puerto de Navacerrada is popular with day-trippers from the capital. The resort is split into two sections: the upper part for intermediate and advanced skiers, and the lower part for beginners and those who want easier runs. It also offers a ski jump and slalom run.