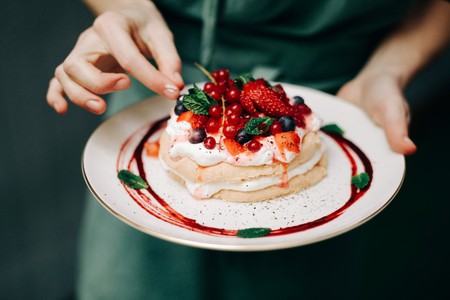 Courtesy of Bear on Bike at Espai Egg

With its fantastic food markets, thriving restaurant scene and community of urban creatives, it’s no surprise that Barcelona has embraced the supper club trend – with some amazing results. A chance to mingle with locals and visitors, discover the talent of some of the city’s most passionate chefs and enjoy a unique experience in the city, here are the best supper clubs in Barcelona.

This is one of Barcelona’s most successful pop-up dinners and has really taken off in the last few months. Producer Rodolpho Madera combines his love of music, food, design and having a good time to create unique experiences in Barcelona. Taking place in a number of secret locations across the city, Let’s Drunch! involves a lavish dinner prepared by a local chef, an open bar of local wines and a DJ to get your feet moving after dinner.

Chef Hector Bracchiglione built his career in some of Spain’s best kitchens such as Mugaritz, Celler de Can Roca and Nerea, to name a few. Today, he has decided to dedicate himself to his own project of ‘ephemeral restaurants’ in cool spaces across Barcelona under the name oKupa – a wink to the idea of ‘occupying’ someone else’s kitchen. Check out their Facebook page for details of their forthcoming events, previous editions have taken place in the likes of Can Cisa, Bar Brutal and the trendy hotel Casa Bonay.

We’ve all heard of co-working spaces but what about a co-cooking space? Espai Egg is the brainchild of owners Ella and Alberto who came to Barcelona from Australia and Italy and started doing pop-ups out of their own home. Eventually they decided to upscale and found their new home – Espai Egg – in the Raval. As well as sharing their space with other chefs in Barcelona and hosting private events and cooking classes, they organise regular pop-up dinners showcasing the best of the season’s produce under the name Bear on Bike. 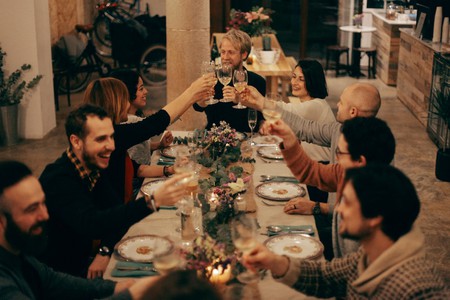 Toasting the mail at Espai Egg Courtesy of Bear on Bike

Ever wondered what chefs eat at home? Basque chef Xabi Bonilla invites you to find out as he opens his home – and his kitchen – to guests for an intimate dinner party in his house in Barcelona. Blending his Basque heritage with his knowledge of Catalan and Spanish cuisine, his dishes are based around local ingredients and a combination of classic and more innovative flavours.

A few years ago, a couple of friends decided to convert and old barrel into a smoker and start smoking their own meats on their rooftop in Sant Antoni. Fast forward to today and Rooftop Smokehouse has its own pastrami bar in El Born, a forthcoming deli in Sant Antoni (we’ve seen the signs) and a regular pop-up dinner based around their own smoked meats and fish, pickles and seasonal dishes. 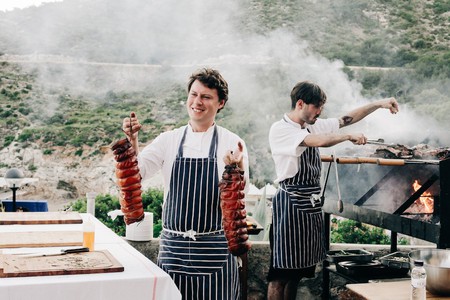 The Rooftop Team cooking up a storm Courtesy of Rooftop Smokehouse

A clandestine restaurant which occasionally pops up in a former industrial space on the popular Carrer Joaquin Costa, Hidden Factory is the project of chef Javier Morón and partner Sergi Salguero. Having trained in Michelin-star establishments and cultivated a passion for food throughout their careers, the two teamed up to offer guests their own interpretation of Catalan and Spanish cuisine.

If you’re wondering what the name of this project means, it’s quite simply the address of the apartment in the backstreets of the Gothic Quarter where you’ll find this monthly supper club. Hostesses Lucy Beckwith and the Chloé Quellhorst know how to make guests feel right at home – and keep the drinks flowing – for an evening accompanied by live cello music. 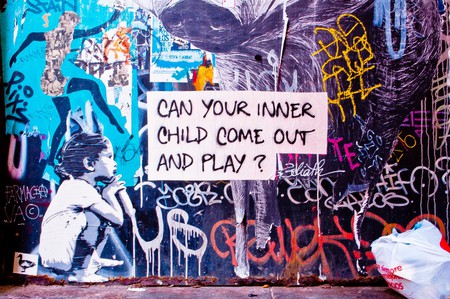