The Best Seafood Dishes In Spain 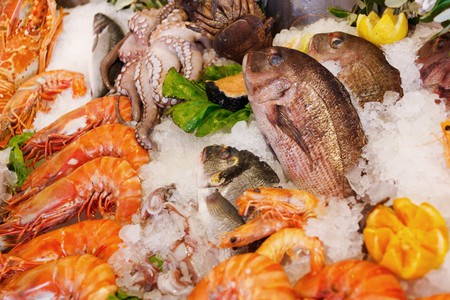 Surrounded by around 3,400 kilometers of coastline and home to groups of islands such as the Canaries and the Balearics, it’s no wonder that Spain has plenty of excellent seafood dishes. It’s very rare in fact to find any menu in the country without some type of fish or shellfish listed. Each region has its traditional recipes; however, some of the best seafood is just simply grilled or fried with garlic and olive oil. There are so many seafood dishes to choose from, but here are a few of the best and most typical from around the country.

The most famous Spanish seafood dish is, of course, paella de mariscos, or seafood paella. Paella originated in the Valencian region of Spain, but it can be found all over the country. The most typical types of seafood added to paella include mussels, shrimp or prawns, and it’s all flavored with saffron strands, paprika, and garlic. 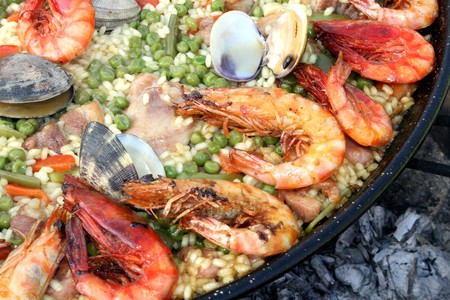 Bullit de Peix is a fish stew typically from Ibiza. It’s made from at least three species of fish, often including scorpionfish, sea bream, John Dory, grouper, and monkfish; however, it can also be made with other varieties. The fish is boiled with sofrito (a mix of tomatoes, onions, peppers, and garlic), herbs and spices, and it is eaten as a first course. The second part of the meal is arroz a banda (similar to paella), often with fried cuttlefish. It is served with aioli (a garlic mayonnaise made from olive oil) and fish broth.

One of the most classic dishes from the Basque Country, bacalao pil pil is made from salted cod fried in garlic and olive oil. The olive oil and the natural oils from the fish infuse together to make an emulsion-like sauce to pour on top. The dish is called bacalao pil pil because of the sound the fish skin makes when it pops in the hot oil. 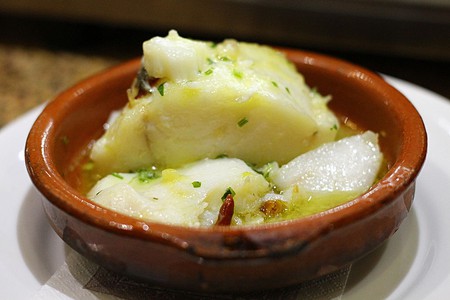 Made by local fisherman, peix sec means dried fish. It is usually made from a spiced and seasoned fish, which is then laid out to dry on the boats in the sun all day. The fish is then lightly grilled or toasted and added to dishes such as salads. This is a typical dish from the Balearic Islands.

Originally from the Murcia region of Spain, this dish can also be found all over Andalucia. Made using sea bream, the fish is baked in a crust of salt, which seals in the juices and fish oils. 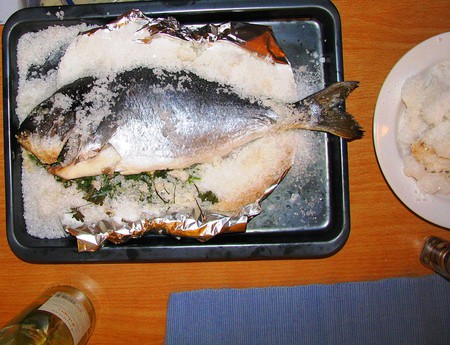 ‘Tonyina a l’eivissenca‘ means Ibizan tuna, and it is one of the most traditional dishes on the island of Ibiza. The tuna is cooked with pine nuts, raisins, eggs, spices, lemon juice, and dry white wine to make a kind of stew.

Galician-style octopus, also called pulpo a la Gallega, is one of the best octopus dishes in the country. The octopus is boiled and then placed on top of thinly sliced boiled or fried potatoes and sprinkled with paprika. Traditionally, it is served on a wooden plate. 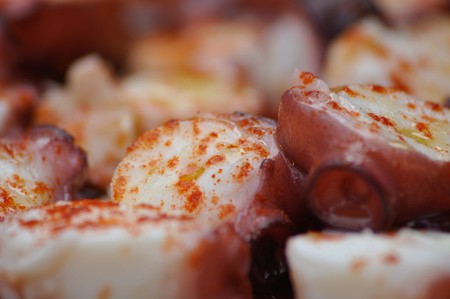 A typical Catalan dish, suquet is a type of fish stew with plenty of juice or liquid. It can be made from a variety of different fish and shellfish and usually contains saffron and almonds.