The Best Roman and Greek Ruins to Visit in Catalonia 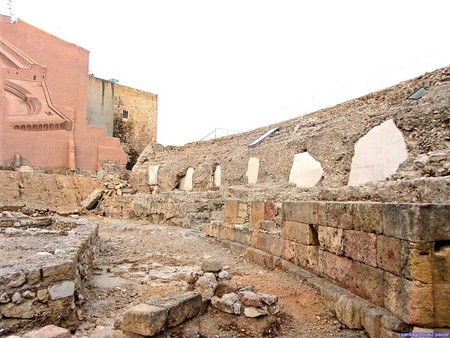 The Ancient Greeks first arrived in Catalonia in the 6th century BC, but it’s the Ancient Romans who have most left their mark on the region. Today, there are a number of important archaeological sites in Catalonia, some of which have been designated UNESCO World Heritage Sites. Here are the best ones for you to visit.

The town Ἐμπόριον or Emporion, meaning ‘trading place’, was founded by the Ancient Greeks when they arrived in Catalonia in the 6th century BC. Located on the Costa Brava, not far from the town of L’Escala, Empúries as it is known today was later occupied by the Romans. As such there are remains from both eras visible side by side, including an Ancient Roman city of which experts believe only 20% has been excavated so far.

The Roman ruins of Tarragona, or Tarraco as the Romans called it, were classified a UNESCO World Heritage Site for their outstanding universal value and the remarkable integrity of their structure. The amphitheatre was built in the 2nd century AD and originally hosted gladiatorial battles and animal fights, which could be watched by some 15,000 spectators. The amphitheatre is still in remarkably good condition, although with the advent of Christianity the popularity of the amphitheatre shows waned and some of its stones were used to build a nearby basilica in the 5th century. 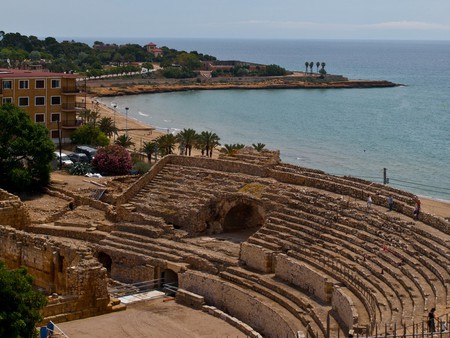 Another of the impressive Roman remnants to be found in the city of Tarragona, the Roman Circus is believed to have been able to host some 30,000 people at its height. Used for horse and chariot racing, the Roman Circus was constructed in the 1st century and is considered one of the most well-preserved circuses in the West. The nearby praetorium is a Roman tower that connected parts of the city via underground tunnels.

This impressive Roman aqueduct is located not far from the city of Tarragona and was probably built during the reign of Augustus, between 27 BC and 14 AD. The Les Ferres Aqueduct was used to transport water from the Francolí River to the Roman settlement in Tarragona. The aqueduct is made of two levels of arches, a lower level with 11 arches and an upper level with some 25 arches, reaching a maximum height of 25 metres (82 feet). 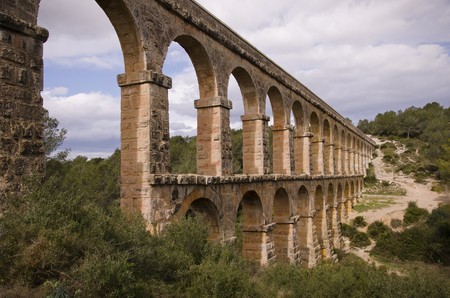 The city of Barcelona was probably founded by the Ancient Romans, and certainly by the year 14AD the town of Barcino was officially named as a Roman colony. Although these days, much of the original Roman city has been destroyed or built over, there are a number of historic sites scattered across the city which are visible to the public. The most important of these include the remnants of the Roman wall visible at Plaça Ramon Berenguer, the Temple of Augustus near Plaça Sant Jaume and the remains of the Necropolis that are visible on Plaça Villa de Madrid.

Anyone with an interest in Ancient Roman history in Barcelona should be sure to vist the Barcelona City History Museum. The museum is home to over 35,000 objects excavated in and around the city of Barcelona, including ceramics, murals, tools and other everyday objects. The museum also operates a number of heritage sites across the city, including the major Roman ruin sites in the city such as the Temple of Augustus. 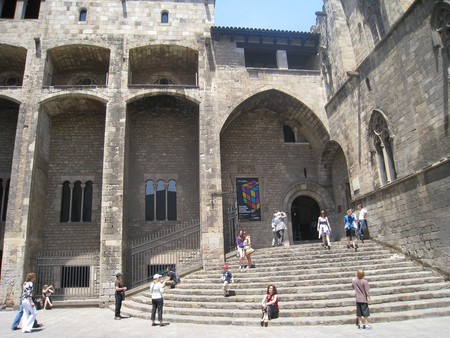 Located north of Tarragona, the Arc de Berà is a Roman triumphal arch which is believed to have marked the limit of the province of Tarragona around the year 13 BC. The arch stands on what was then the Via Augusta, a Roman road spanning from Cádiz to the Pyrenees mountains. Triumphal arches were usually commissioned to mark the death of an important figure, and in this case it’s believed the Arc de Berà was most likely built in honour of Augustus.