The Best Places to Watch the Sunset in Valencia 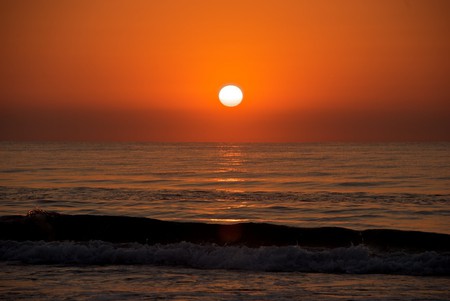 Valencia is known for its plentiful sunshine – and with its location on Spain’s east coast, it’s also perfectly placed for catching the most stunning Mediterranean sunsets. From nature spots to famous buildings, here’s a round up of our favourite places to catch the most romantic part of the day.

The most photographed buildings in Valencia thanks to their striking, futuristic architectural designs, the city’s famous City of Arts and Sciences looks out of this world at any time of day. When the sun sets, the buildings and their surrounding water features and gardens are illuminated to dramatic effect. 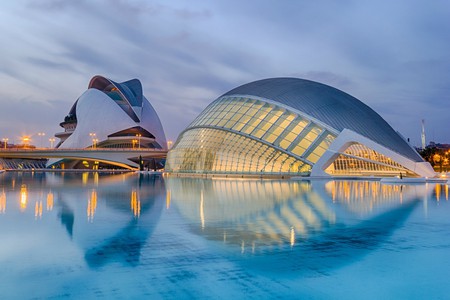 Valencia’s City of Arts and Sciences at sunset | ©popagnoc/Pixabay

On either side of the City of Arts and Sciences is the city’s favourite park, Turia Gardens. A former riverbed, this peaceful green space snakes through the city, dotted with picturesque gardens. A stroll here at sunset has got to be one of the most romantic things you can do in Valencia.

Ten kilometres (6.2 miles) south of Valencia city centre you’ll find L’Albufera natural park, with its perfectly serene saltwater lake, which is separated from the sea by just a thin strip of marshy land. You can hire one of the local flat-bottomed fishing boats to take you out onto the water just before sunset, where you’ll see the light play on the water’s surface, reflecting the fiery orange sunset like a mirror. 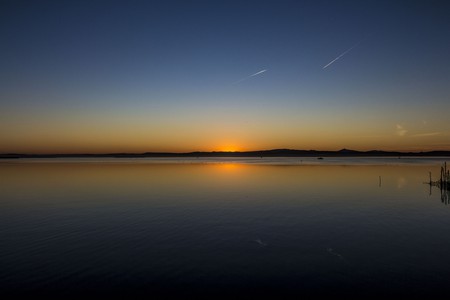 To see the sun set over the historic centre, seek out the highest vantage point in Valencia’s old town. You can climb the winding steps of the Cathedral tower, also known as El Miguelete, and watch as the light fades over the rooftops and the streetlamps are lit in the cobbled streets below.

Grab a blanket and watch the sun set over the Med from the best spot in town. The best thing is that Valencia’s beaches are generally pretty quiet at this time of day. There are plenty of laidback bars and restaurants along the beachfront if you’d prefer to sip a cocktail as you watch the show.

Another great spot to see the sun setting over the horizon is from the famous port of Valencia. Stroll alongside the marina area to watch the comings and goings of chic sailboats as their passengers hop off to grab an aperitivo at one of the stylish bars, and check out the vast cruise ships often moored at the far end. 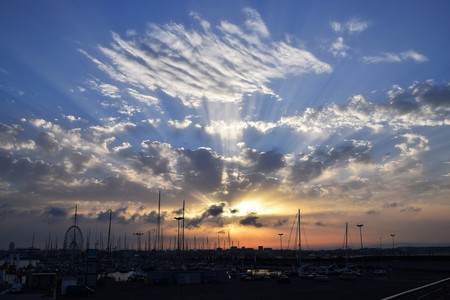 Another great vantage point on the edge of the Old Town, this medieval gateway to the walled city is a beautiful piece of Gothic architecture. But it also gives you a great view – from the top you can look out over the rooftops and terraces of the Old Town on one side, and see Turia Gardens snaking down towards the City of Arts and Sciences on the other, below the blazing sunset.