The Best Places To See Flamenco In Granada 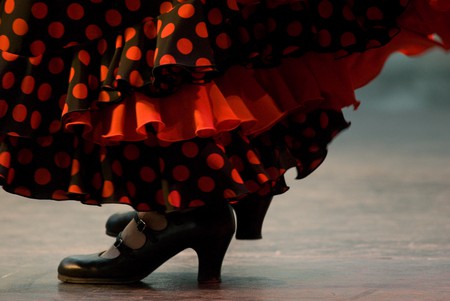 The Andalucían city of Granada is known as one of the birth places of flamenco, and makes for an excellent place to see a performance. Many of Granada’s best flamenco tablaos are located in the old Roma gypsy district of Sacromonte up in the hills, high above the city. To add to the magic, the majority of them are housed in historic cosy cave homes, giving a more intimate and intense performance.

Situated up in Sacromonte, los Tarantos is one of the best known flamenco caves in the city. Its dimly-lit interior makes for an atmospheric evening to get into the flamenco spirit (known as duende). The flamenco club here dates back to 1972 and now offers three different cave rooms for performances. The type of flamenco shown here is Zambra, the regional style from Granada, typically played at Gypsy weddings. Ticket options can also include dinner and drinks. 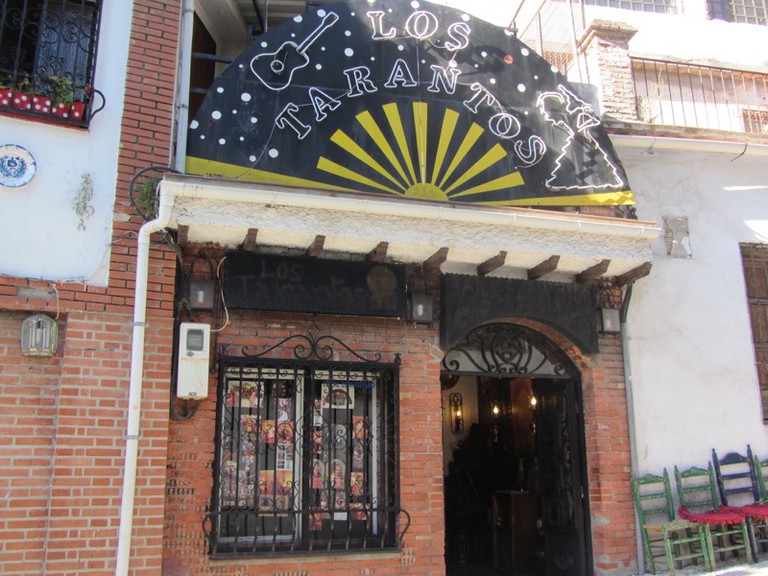 One of the world’s leading flamenco clubs, Peña la Platería is also one of the oldest in Spain. The club dates back to 1949, when it was set up in a silversmith workshop. Later in 1970, it moved to its current location in the Moorish Albaicín district of the city, offering fabulous views of Granada’s Alhambra Palace. Over the years, the club has played host to many famous flamenco dancers, singers and musicians, and has also won many prestigious awards for its contribution to Spain’s cultural heritage. Flamenco shows are now held here on Thursday nights only. 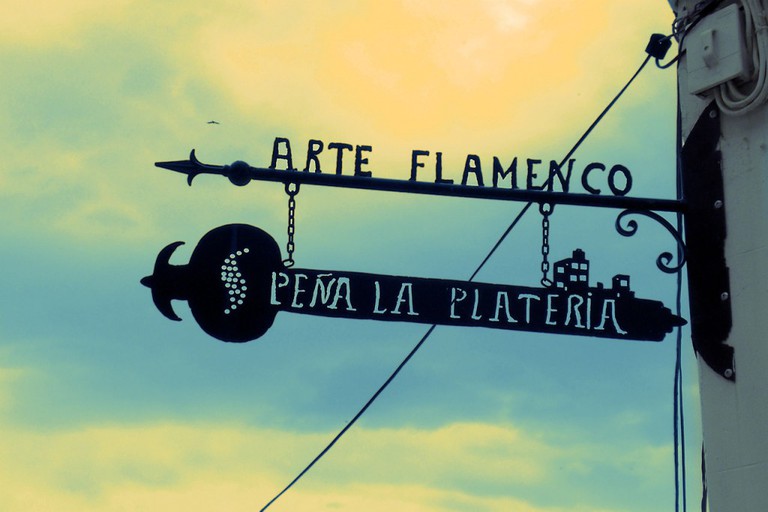 Located on a hilltop looking over the district of Sacromonte, Venta El Gallo is celebrated for being the birthplace of the local Zambra style of flamenco. Also performed in an old traditional cave home, its white-washed walls and decorative copper pots, give it a very rustic and local feel. Each night, up to ten dancers, singers and musicians take part in the performances. Dinner and drinks are also offered as part of the experience. 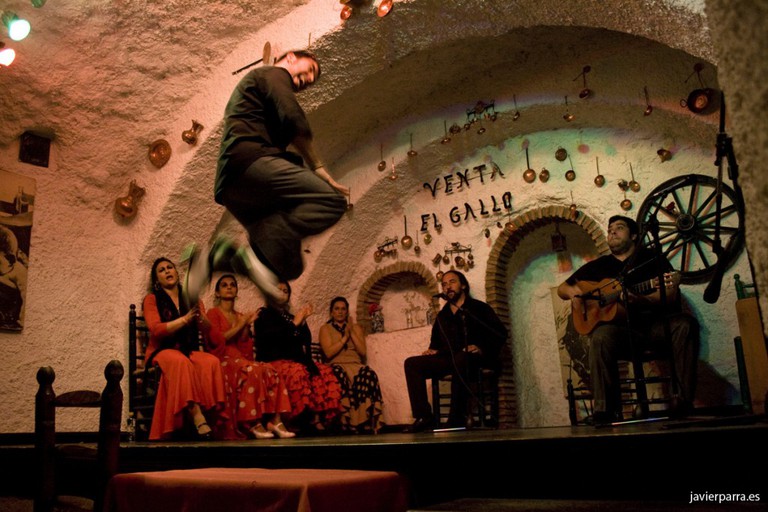 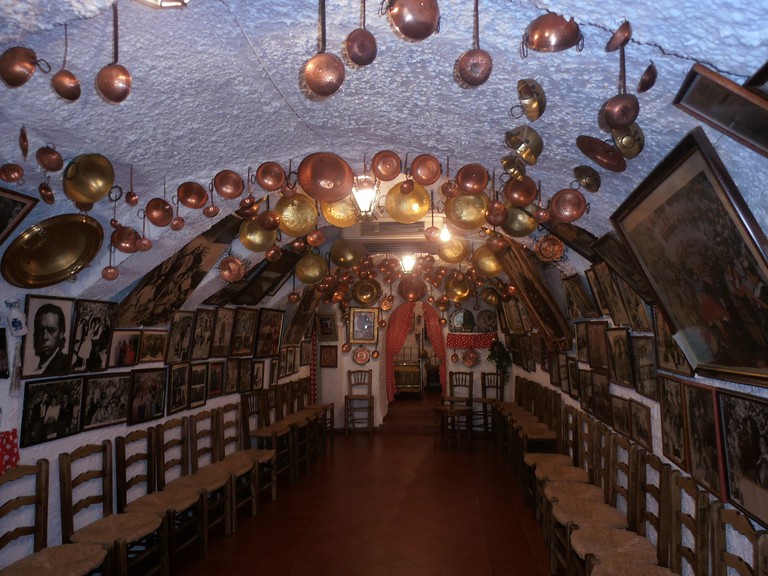 Zambra Maria La Canastera, Granada | © Jeanne Menj
Housed in the former family cave home of one of Granada’s most famous flamenco dancers, Zambra Maria la Canastera has been showcasing flamenco performances for over 50 years. Maria Cortes Heredia began dancing as a child and performed under her stage name – La Canastera, ‘the basket-craft woman’ – which she got from her father, who was a local basket weaver. At the age of just 16 she travelled to Barcelona to perform at the Universal Exhibition. Today, the flamenco club is run by her son and hosts nightly performances, as well as acting like a cultural museum, displaying photos and artifacts from Maria’s life as a professional flamenco artist, as well as rooms preserved in their original state. The shows are performed by seven flamenco artists and contain songs about the Sacromonte district itself.
Open In Google Maps
89 Camino del Sacromonte, Granada, Andalucía, 18010, Spain
+34958121183
Visit Website
Give us feedback

The Rocío flamenco cave was one of the first venues of its kind in the district of Sacromonte. Again, performances are in the Zambra Gypsy-wedding style of flamenco. Choose to watch a show here and you’ll be in good company, as members of the Spanish royal family and former U.S. President Bill Clinton have also enjoyed performances at Cueva de la Rocío in past years. One of the highlights is its large outdoor terrace, offering spectacular views of the Alhambra Palace and the Generalife. They also have a separate restaurant where you can eat after the show. 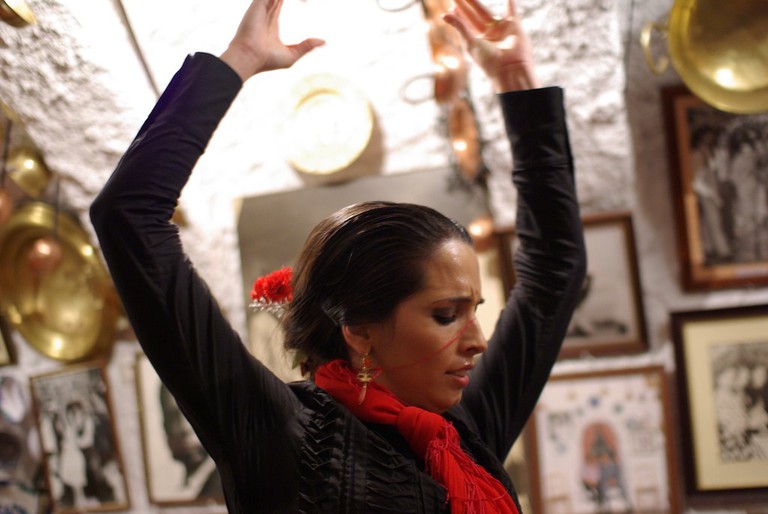 Theater
Facebook
Email
Twitter
Pinterest
Copy link
Share
Map View
Recommended by locals and aficionados of flamenco, Casa del Arte Flamenco is one of the best places to see flamenco in the main part of the city, if you don’t feel like climbing up the narrow cobbled streets to Sacromonte or the Albaicín districts. More like a traditional theater, the dancers perform on a stage and dinner and drinks are not part of the experience.
Open In Google Maps
11 Cuesta de Gomérez, Granada, Andalucía, 18009, Spain
+34958565767
Visit Website
Give us feedback
Give us feedback