The Best Places to Buy Souvenirs in Ronda, Spain

Ronda, Spain | © Nick Kenrick / Flickr
If you’re hunting for a memento or gift to take home after a visit to Ronda, you’ll have no problem finding one. Read on for our pick of the best places to buy souvenirs in this beautiful Andalusian town.

Situated on the same street as Ronda’s stately 18th-century bullring, Caireless is packed from floor to ceiling with all manner of touristy goods. From T-shirts that say you’ve been to Ronda to flamenco figurines and fans, this is the place to come if you want a lighthearted gift or memento of your visit.

Bridge, Building, Store
Wandering over the spectacular New Bridge from the newer part of Ronda into its old Moorish quarter, you’ll soon find Don Arte on your left. Another fantastic, all-in-one souvenir store, it’s located in the kind of whitewashed old building that is so characteristic of so many Andalusian towns.
Looks like it's closed Hours or services may be impacted due to Covid-19
More Info
Open In Google Maps
29b Calle Armiñán, Ronda, Andalucía, 29400, Spain
+34952877452
View menu
Visit website
Visit Facebook page
Send an Email
Give us feedback

The excellent Artesania Medina gift shops are found all over Spain, and Ronda’s is situated over the road from Caireless. Visitors here love the brightly painted flamenco fans and the quirky bags, as well as the competitive prices. Friendly staff are always on hand to help you with your purchase.

Another treasure trove of gifts and souvenirs, Viuda de Cipriano can be found just across the Plaza de Toros in the most lively part of town. This is the place to come if you’re after something a little bit different, such as a black and white photo of Ernest Hemingway – who spent time here in the 1960s – with the town’s famous bullfighters. 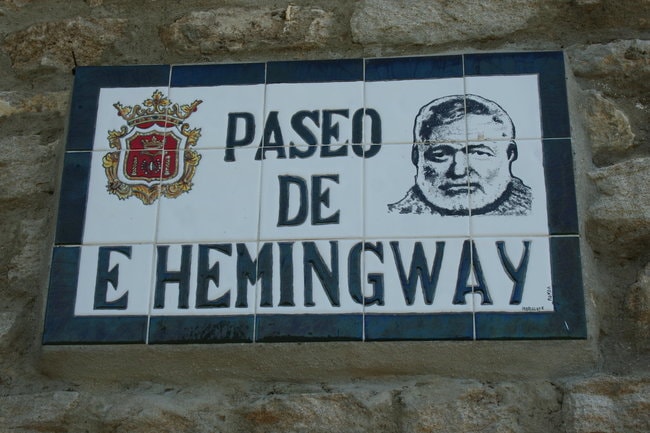 Jamoneria Berrocal is hard to beat if you’re after a consumable souvenir such as wine or some of Spain’s world-famous cured jamon (ham). After all, the countryside around Ronda has been used for wine making since Roman times, so what better way to remember your visit here than by taking home a bottle of the local tipple?

Shop
Ronda’s bullfighting gift shop is aptly named, as the town has been steeped in this controversial Spanish spectacle for centuries. Alongside bull-themed T-shirts, baseball caps, bullfighting posters, photos and postcards, you’ll also find standard items such as mugs, key rings and flamenco fans.
Looks like it's closed Hours or services may be impacted due to Covid-19
More Info
Open In Google Maps
View menu
Visit website
Visit Facebook page
Send an Email
Give us feedback

Shop
A comprehensively stocked souvenir shop on the vibrant Plaza del Sorocco, Ortega is particularly good if you’re after items of clothing or glassware. Of course, it also sells a huge range of other Ronda-themed trinkets, to either give to people back home or to keep as a reminder of your visit to this beautiful town.
More Info
Open In Google Maps
17 Plaza del Socorro, Ronda, Andalucía, 29400, Spain
+34952879093
View menu
Visit website
Visit Facebook page
Send an Email
Give us feedback
Give us feedback