The Best Places to Buy Souvenirs in Girona 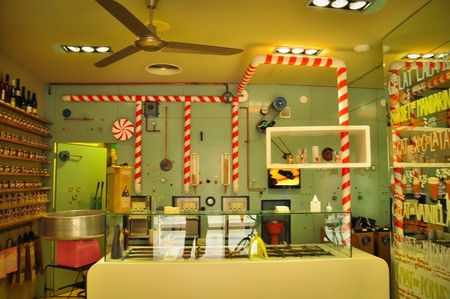 Girona is great little city for shopping, especially for unique souvenirs. You can spend hours here exploring the little winding streets looking for treasures. Here are some of our favourite places to buy souvenirs in the city (remember that most shops are closed between 2-4pm). 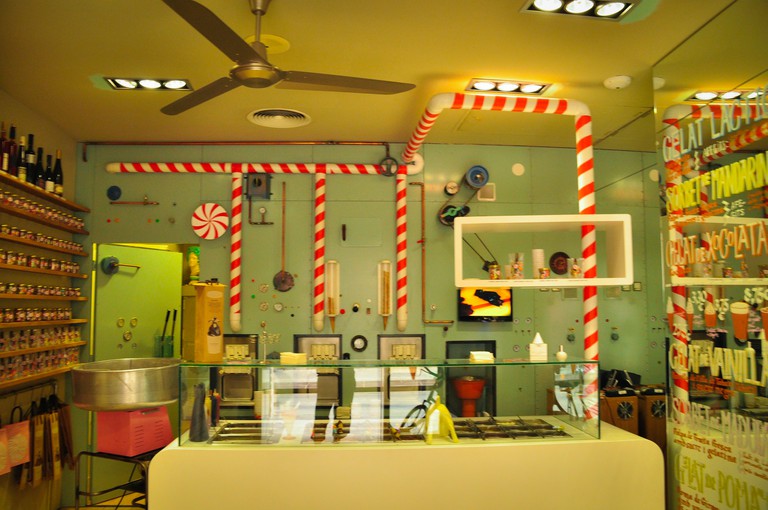 Rocambolesc, Girona | ©Jordi Sanchez Teruel / Flickr
Set up by the Roca Brothers – the same names behind El Celler de Can Roca, one one of the world’s best restaurants – Rocambolsec is an ice cream and candy store in the centre of Girona. If you can’t afford to eat at El Celler de Can Roca, then this Willy-Wonka-esque confectionary shop is the next best thing. Filled with colourful contraptions and bottles filled with sweets of assorted flavours, they serve a number of changing ice cream flavours, which include caramelised baked apple, coconut and lavender, and cherry and lime sorbet. There are, of course, also a myriad of delectable toppings, too, including marshmallows, honey, chocolate drops, fruit, cookies, and brownies. Candy and chocolate are also sold, so you can have something to take back home with you as well.
Open In Google Maps
50 Carrer de Santa Clara, Girona, Catalunya, 17001, Spain
+34972416667
Visit Website
Give us feedback

Store
Facebook
Email
Twitter
Pinterest
Copy link
Share
Map View
Nausica Masó is the granddaughter of the famous Girona architect Rafael Masó, who designed many buildings in the city, as well as redesigning his own family home, which is now a museum. Nausica did not follow her grandfather into architecture, however; she decided instead to focus on jewellery. This small boutique is where Nausica sells her pieces, which feature quirky designs made from recycled precious metals and large chunky stones. Her work is particularly inspired by the works of her grandfather in the colours and shapes.
Open In Google Maps
16 Carrer de la Rutlla, Girona, Catalunya, 17003, Spain
+34972217955
Visit Website
Give us feedback 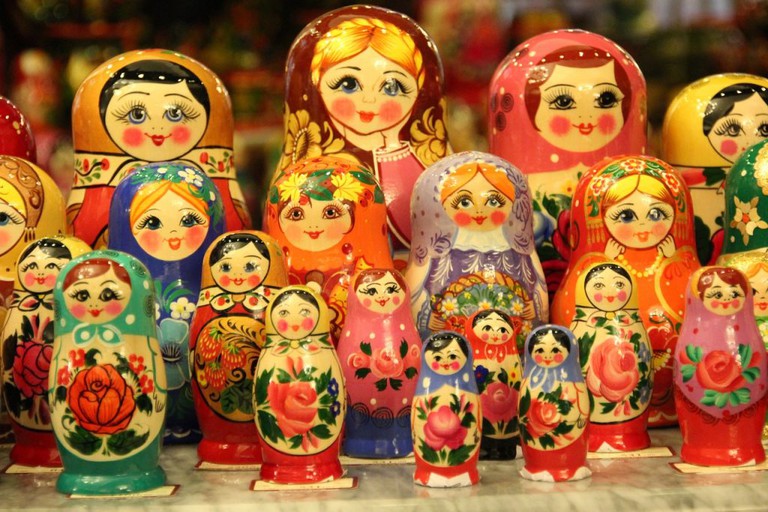 Traditional wooden toys for sale | © 3dman_eu / Pixabay
Located in one of the houses along the River Onyar, La Carpa (meaning The Carp) is the perfect place to pick up souvenirs for children. A traditional toy shop, La Carpa is packed with lovingly handmade and colourful wooden toys. Think everything from spinning tops and puzzles to puppets and kaleidoscopes.
Open In Google Maps
Girona, Catalunya, 17001, Spain
+34972212002
Visit Website
Visit Facebook page
Give us feedback

Store
Facebook
Email
Twitter
Pinterest
Copy link
Share
Map View
Meaning a ‘Touch of Wind’ in Catalan, Tocat Pel Vent is a concept and furniture store. Although the shop sells lots of larger items of furniture, there are plenty of smaller unique pieces made from recycled wood and metals. Whether you need a new lamp for your desk, some pretty bowls for the kitchen or individual pieces of artwork, this is the place to come.
Open In Google Maps
6 Carrer Nou del Teatre, Girona, Catalunya, 17004, Spain
+34972414065
Visit Website
Visit Facebook page
Give us feedback

This tiny delicatessen is the best place in the city to stock up on traditional Catalan products to take back home. The shelves are packed with cheeses, cured meats, little pots of saffron, local honey and sauces such as romesco (made from red peppers, almonds, olive oil and garlic). 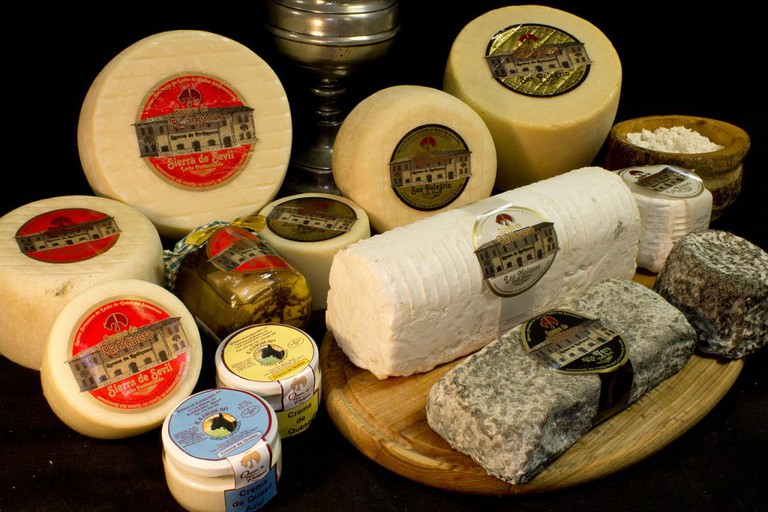 A beautiful glass gallery and workshop, Nou Taller de Vidre is the ideal place to pick up some artistic creations for your home. Think multi-coloured glass sculptures, dishes and plates. You can even learn about the glass-blowing process here, too. 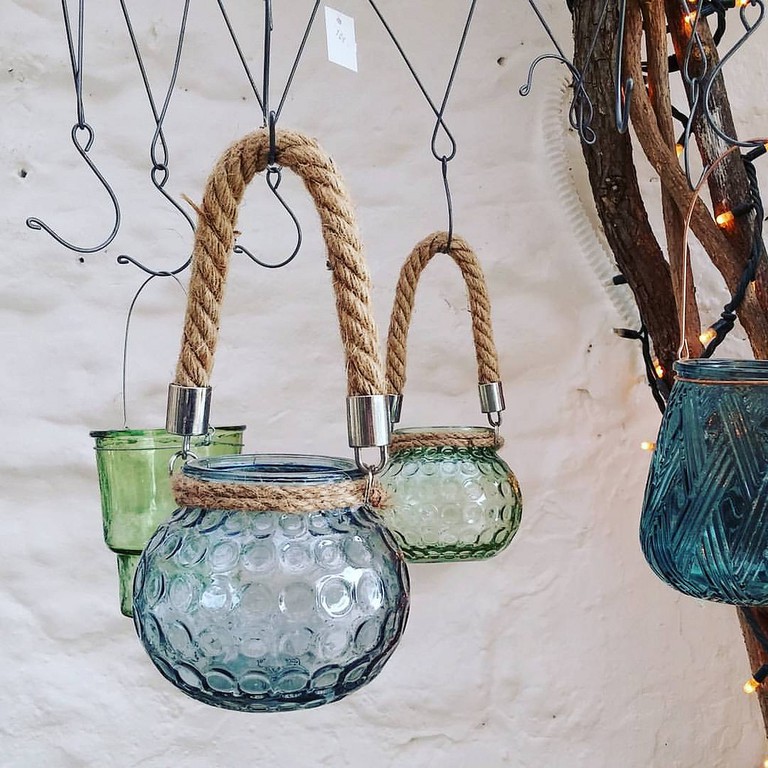 A little treasure trove, Portal Col.lecionista sells a unique range of traditional and old-fashioned gifts, from pop-up books and cards to posters and artwork. They particularly specialise in antique books, postcards and documents. 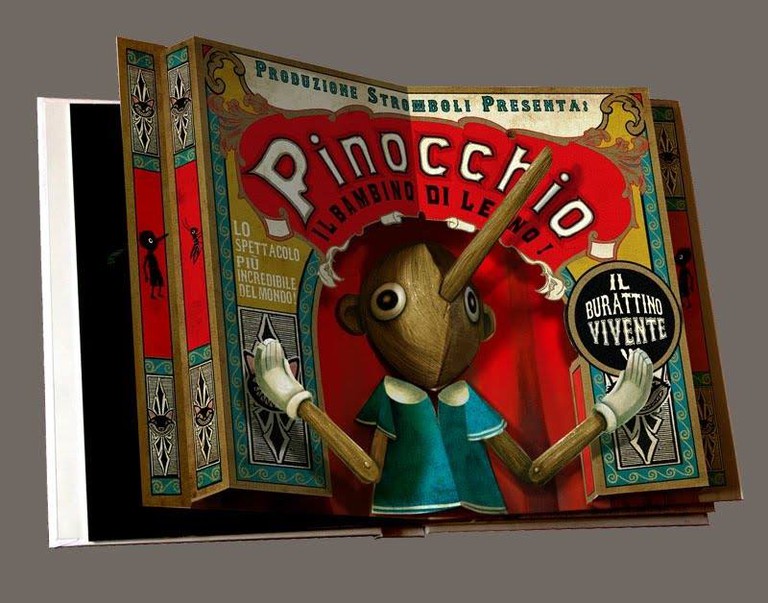