The Best Places to Buy Souvenirs in Barcelona

CC0 Pixabay
It’s said that the most commonly purchased souvenir in Barcelona is a Mexican sombrero. Avoid any cultural faux-pas by buying one of these thoughtful souvenirs and taking home something worth remembering.

Market, Vegetarian, Healthy
The Boquería market | © Ludo
While an edible souvenir may not be the longest lasting, it does mean you get to enjoy a taste of your holiday when you’re back home. At the Boquería market you’ll find a choice of food items which are easy to transport and will last at least a few months. Jamón Iberico slices in vacuum-packs won’t go off for months if not years, also tinned-seafood such as mejillones en escabeche (mussels in a spicy sauce) or boquerones (white anchovies).
More Info
Open In Google Maps
91, 89 La Rambla, Barcelona, Catalunya, 8002, Spain
+34933182584
View menu
Visit website
Visit Facebook page
Send an Email
Give us feedback

Stadium, Sports Center
The perfect gift for any sports fan, a genuine FC Barcelona shirt can be purchased from the Camp Nou stadium gift store alongside other branded memorabilia including Barça footballs, bags, towels and other accessories. While there is a shop by the Sagrada Família, the best way to shop for FC Barcelona goods is to take the Camp Nou Experience – including a tour of the stadium and a visit to the museum – and make the occasion even more memorable.
Looks like it's closed Hours or services may be impacted due to Covid-19
More Info
Open In Google Maps
12 Carrer d'Arístides Maillol, Barcelona, Catalunya, 8028, Spain
+34902189900
View menu
Visit website
Visit Facebook page
Send an Email
Give us feedback

One of the quirkier Catalan Christmas traditions, the caganer is traditionally a figurine of a pooping man, crouched over with his trousers pulled down. Said to symbolise both fertility and also the equality of all men in the face of their most basic needs, the caganer is an essential component of any Catalan nativity scene. While the best place to buy your figurine is at the Sta Lucia Christmas market, out of season you can find a wide selection of caganers at the Travitabac tobacconist in the Gothic Quarter. 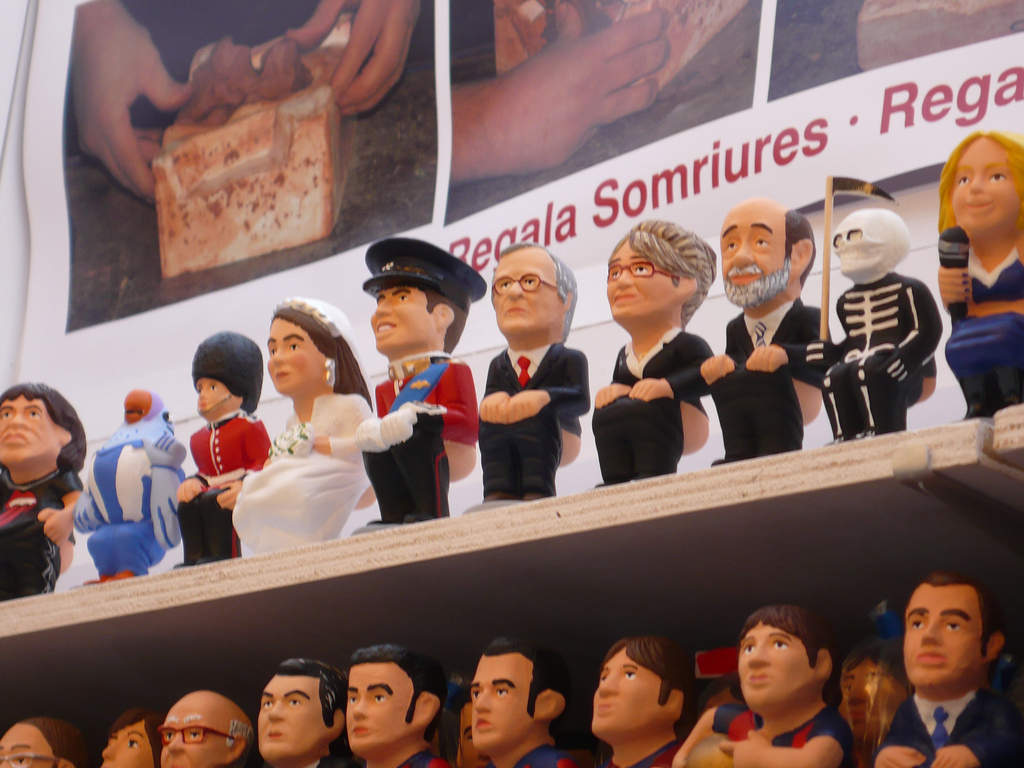 Espadrilles – or espardenyes as they are called in Catalan – are a traditional shoe made with natural fibre sole and cloth exterior. They are associated with Catalan culture and are often worn at special occasions and during traditional processions and dances. However they’re also worn as a regular summertime shoe by many locals and today brands such as Toni Pons offer long-lasting shoes with modern designs and patterns, including high-heeled models and rubber-soled models.

Catalonia is one of Spain’s major wine-making regions, especially renowned for the production of Cava – the Spanish sparkling wine – of which is it is responsible for 70% of the national output. There are a number of wine-growing areas within Catalunya, of which the Priorat is one of the two most prestigious in Spain, alongside Rioja. Vila Viniteca is a major wine-supplier located in el Born where you’ll be able to find white, red, rosé and Sparkling Catalan wine at a range of prices. 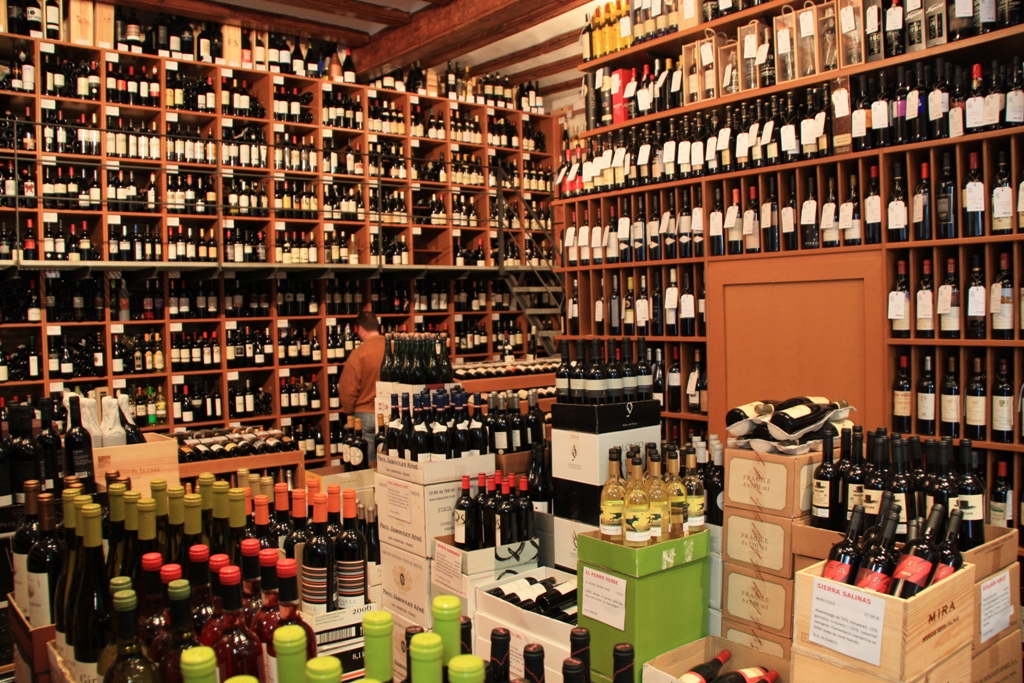 Barcelona is famous for its art scene, whether its the works of renowned artists such as Pablo Picasso and Joan Miró or that of the new wave of emerging talent represented in the city’s many galleries. The MACBA is Barcelona’s contemporary art gallery, located in the heart of the edgy El Raval neighbourhood. The gift shop is a great place to find affordable art-work and original souvenirs of the city, including posters, interior décor items and books.

For a stylish souvenir which won’t make you feel guilty about your impact on the environment check out Vaho. This ethically minded store creates bags and wallets using recycled street banners which have been used in ad campaigns in Barcelona. Not only are they unique – no two items are the same – but they’re also incredibly resistant and help alleviate the impact of the banners on the environment. 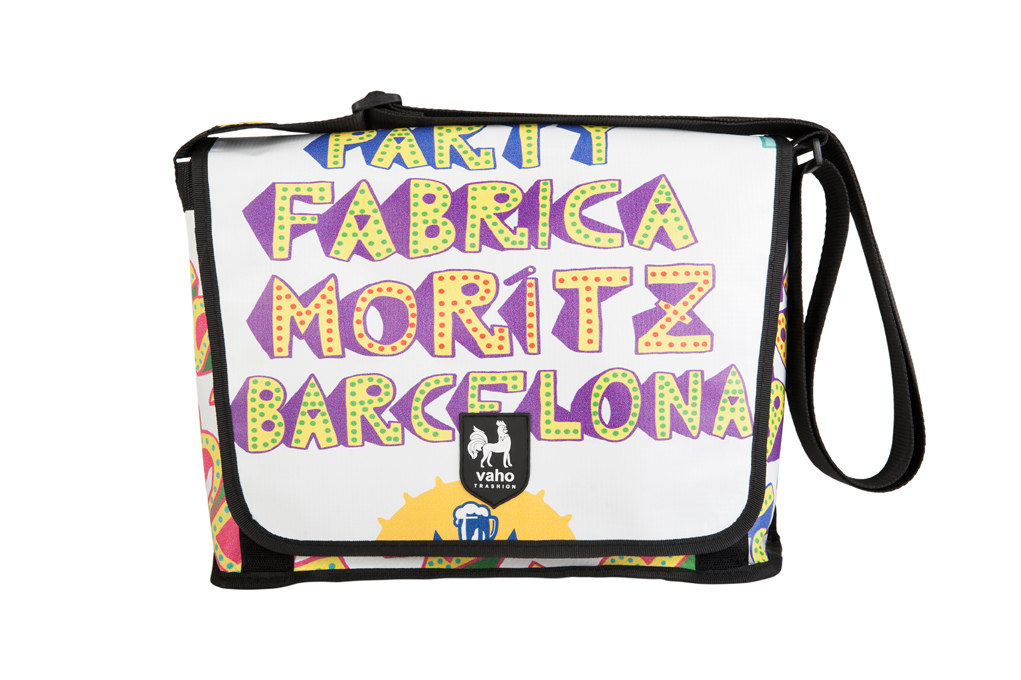