The Best Places for Wild Swimming Near Santiago De Compostela

Wild swimming | © Eli Duke/Flickr
Galicia is Spain‘s green region. Known as ‘the land of a thousand rivers’, it’s home to over 1,000 miles of coastline, beautiful waterfalls and relaxing river beaches, all of which are perfect for wild swimming. Here are some of the best spots near the city of Santiago de Compostela.

Monastery
A Carixa, Galicia | ©José Antonio Gil Martínez / Flickr
This beautiful swimming spot is located by the River Deza, in the village of Merza. There are also green meadows, children’s play areas, a restaurant, café, and even a campsite. Nearby you can visit the monastery of Carboeiro and the Fervenza do Toxa waterfall.
More Info
Open In Google Maps
Vila de Cruces, Galicia, 36586, Spain
View menu
Visit website
Visit Facebook page
Send an Email
Give us feedback

Near the town of Santomé de Obra, the long island of Remesquide lies looking like a boat rising from the water in the River Ulla. As well as the swimming area, there are a number of stone tables, benches and barbecues, and a play area for children.

Just 10km (6.2 miles) from the city of Santiago, after the village of Son de Abaixo, lies the Chaián recreational area, consisting of river islands connected by a series of wooden bridges. As well as river swimming there is a picnic area, chess and draught board area, and a volleyball court. There is also a lifeguard on duty here during the summer.

Bridge
Also known as Pozo do Boi, this swimming area is located along the banks of the River Deza, near the village of Lalín. Visitors will find small beaches on both sides of the river bank, connected by an old stone bridge. There’s also a green meadow for sunbathing and an oak grove for a spot of shade.
More Info
Open In Google Maps
Lalín, Galicia, 36519, Spain
View menu
Visit website
Visit Facebook page
Send an Email
Give us feedback

Found along the banks of the River Arnego, near Vila de Cruces, this natural swimming spot has both areas for adults and children. Located near the Portodemouros reservoir, the area is also home to picnic areas and barbecues. History buffs will also love the ancient rock inscription here, which has been declared a Resource of Cultural Interest.

South of Santiago de Compostela lies the village of A Fírveda, near the Serra do Cando mountain range. Trek through the lower foothills to find this stunning waterfall and two natural pools to bathe in. 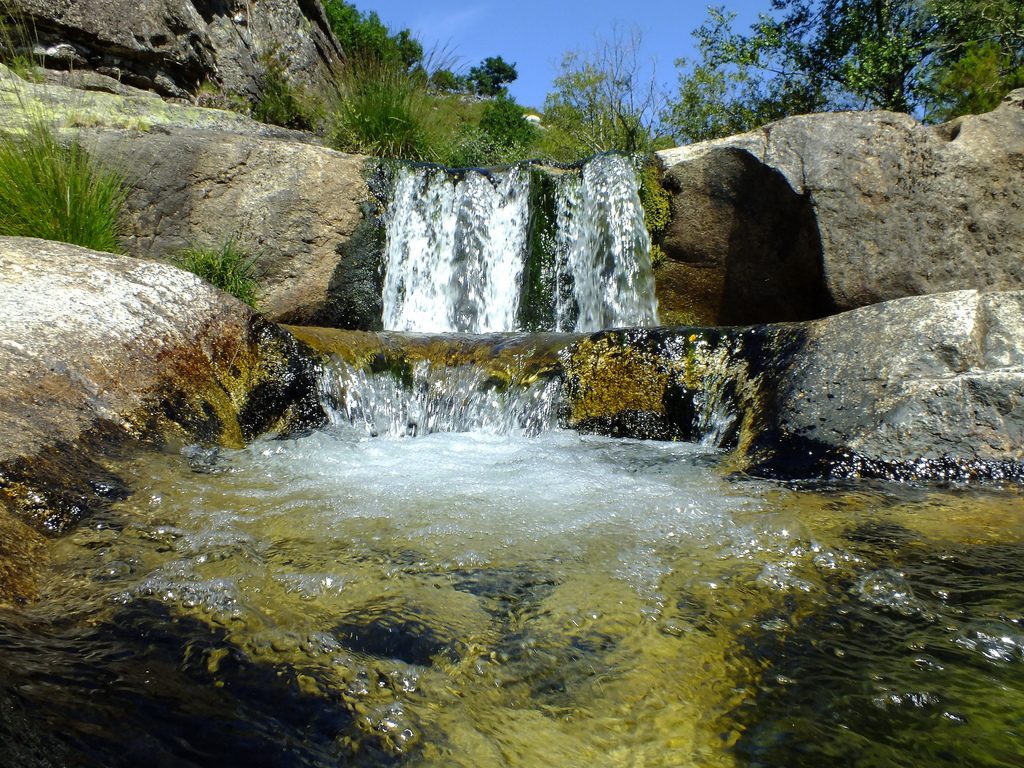