The Best Outdoor Cinemas in Madrid 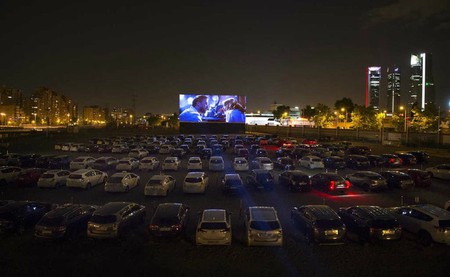 Balmy summer nights are ideal for watching a film at an open-air cinema – and this year, Madrid is full of them, running cinemas under the stars in 20 districts. If you’re in town and want to know where to go, take a look at our pick of the best.

Channel your inner Sandy and Rizzo and head to Madrid’s drive-in cinema, Autocine Madrid Race, said to be the biggest in Europe. Among the delights here are food stalls that deliver burgers and hotdogs to your car while you watch some of the latest releases and old classics on the big screen. Those arriving by scooter or public transport don’t have to miss out; there are deck chairs at the front for those who don’t have a car. Upcoming films include Mamma Mia! Here We Go Again and The Incredibles 2.

This summer cinema series is being held in the grand surroundings of the glass courtyard of the Palacio de Cibeles (Cybele Palace), home of Madrid’s City Hall. It is the fifth year of the summer cinema, which will show films from old classics like Breakfast at Tiffany’s, Chinatown and Stand By Me, through to recent Oscar contenders like The Florida Project and Call Me By Your Name. It runs from June 29 to September 9. 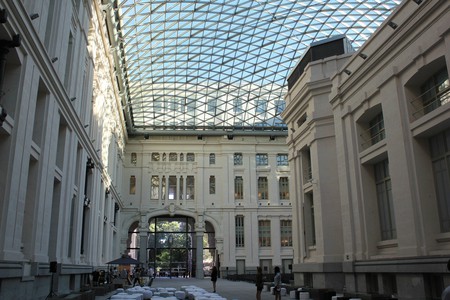 Terraza Magnética at the Casa Encendida

The Casa Encendida cultural centre transforms its leafy rooftop into an open-air cinema when summer arrives. This year, it will be showing open-air films from June 23 to August 23. Films include I, Daniel Blake, directed by Ken Loach and Gus Van Sant’s Last Days. 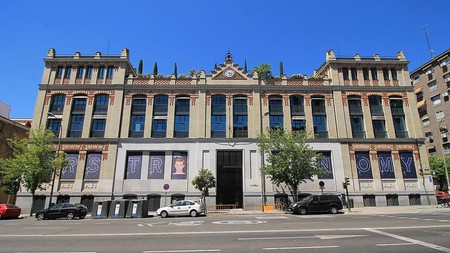 This former army barracks-turned-cultural centre is hosting a summer cinema series from July 20 – September 9. Tickets are between €3 and €8 (USD$3.50 and USD$9.30). Films include those dubbed into Spanish and subtitled films in the original version (check website for details of which films are being shown in English). The over 45 films to be shown include new releases like Jurassic World: Fallen Kingdom and Ocean’s 8. A terrace bar area is the ideal pre-movie hangout spot. 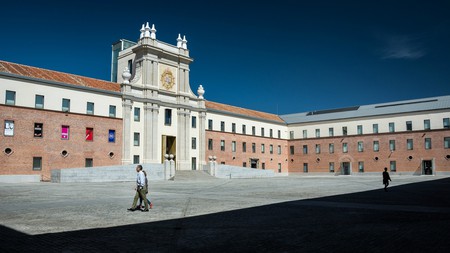 The district of Arganzuela is hosting a series of open-air summer movie nights (July 20 and 27 and August 3, 10, 17 and 24) along Madrid Rio, the city’s popular riverside park. This year’s offerings include the animated film, My Life as a Courgette, Richard Linklater’s Everybody Wants Some!! and Jim Jarmusch’s 2016 film Paterson. Entry is free and based on a first come, first in basis.

The documentary cinema of the Matadero, a former slaughterhouse that is now one of Madrid’s coolest cultural hubs, is moving under the stars this summer. Between August 2 – 12, and August 23 – September 2, it will show a range of indie cinema documentaries from around the world. Best of all, entry is absolutely free. 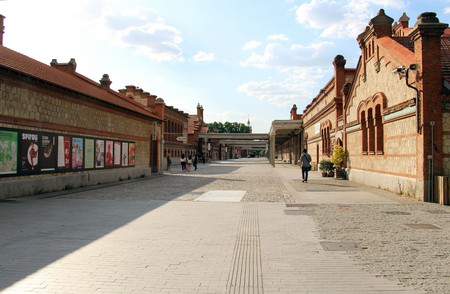 Parque de la Bombilla in the Moncloa district of Madrid is showing 100 films this summer on Saturdays and Sundays as part of the Fescinal festival. The summer film season runs from July 19 to September 16 and includes films like Pixar family favourite Coco and the French thriller Based on a True Story.