The Best Museums in Madrid, According to a Local Art Historian 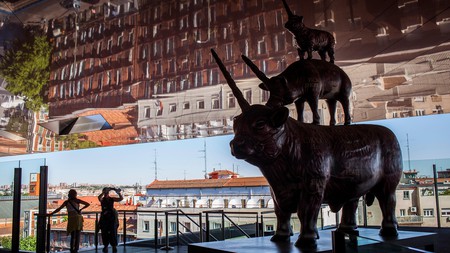 From the world-famous to the practically unheard of, here are the best museums in Madrid that focus on art and culture, according to local art historian Dr Carmen Fracchia.

Spain’s sprawling capital city of Madrid is particularly famous for its grand classical art museums, with the very best and grandest being the inimitable Museo Nacional del Prado, also known as the National Museum. Experts say it houses one of the most important European art collections in the world, and for 200 years, it has been ranked alongside the Louvre and the Victoria & Albert Museum as one of the most popular cultural attractions in Europe. For art lovers, there’s so much more to explore beyond the Prado. From off-the-beaten-track museums to culturally diverse galleries, Madrid-based art historian Dr Carmen Fracchia gives Culture Trip her tips and advice on the best museums to explore in Madrid. 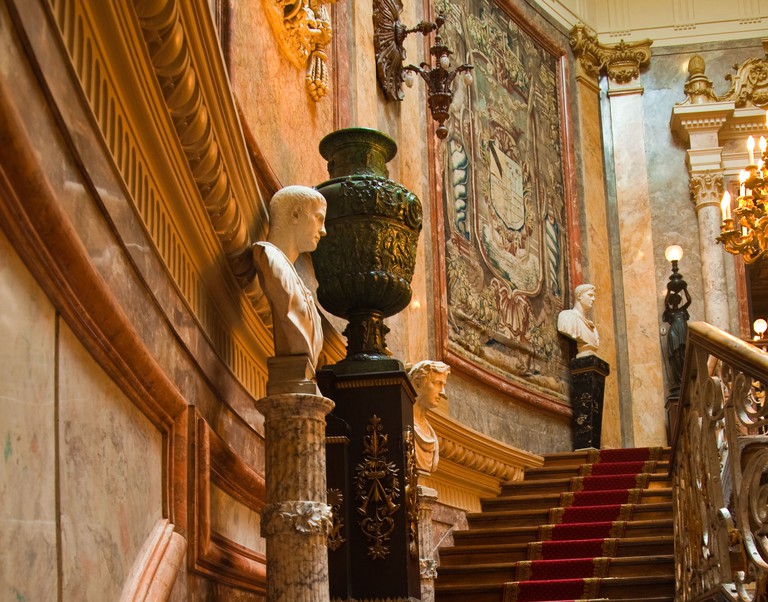 Museo Cerralbo in the hip Malasaña neighbourhood isn’t “very well known” by travellers, according to Dr Fracchia, but its elaborate setting and unusual collections make it a must-visit. “This is an absolute visual feast,” she says. “The main staircase belonging to this stately home was one of the most scenographic spaces in 19th-century mansions in Madrid. First-rate European and Spanish paintings and objects from all over the world are displayed in this former opulent residence,” which belonged to an eminent Spanish archaeologist and politician, Enrique de Aguilera y Gamboa, 17th Marquis of Cerralbo, who died in 1922. Take a moment’s respite in the house’s ballroom, a maze of opulent mirrors, elaborate wall etchings and plush furnishings.

Museum of the Americas 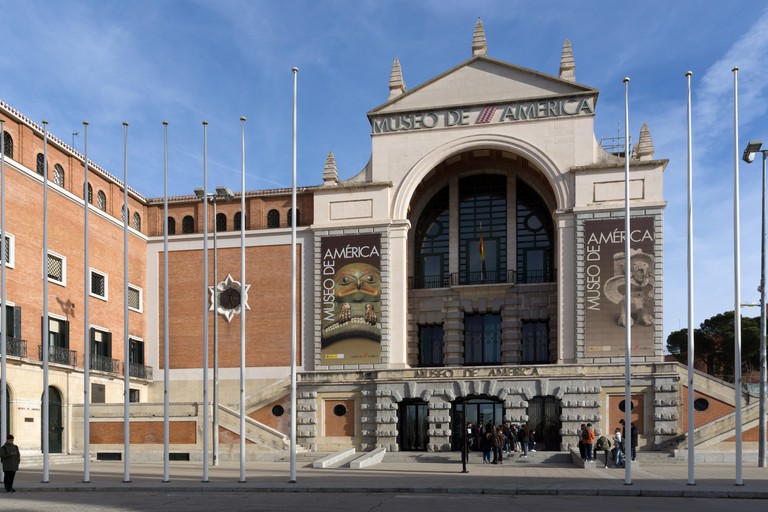 In the 1500s, Spain colonised the Americas, taking on the Aztec Empire. Dr Fracchia explains that this museum, set within the well-to-do Chamberí neighbourhood, has an incredible insight into what life was like for Latin Americans before the conquest. There’s a unique collection of historical paintings, as well as sculptures, textiles, manuscripts, furniture, masks and objects from before the Spanish conquest. Dr Fracchia recommends “finding the exquisite Mexican folding screens decorated with Japanese golden clouds, and paintings made of multicoloured feathers or mother-of-pearl shells.” 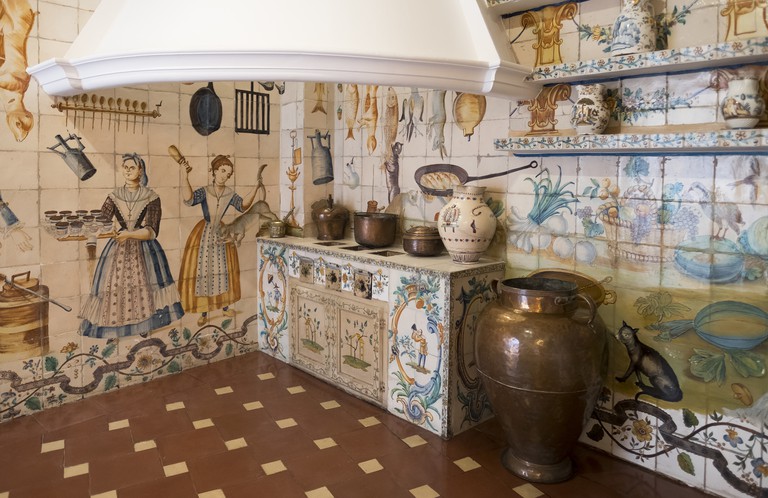 One of the oldest museums in the city, the National Museum of Decorative Arts celebrates inspiring design and decoration in all its forms. Dr Fracchia adores the “unmissable tiles from the kitchen of a house dating from Valencia in 1775, depicting the fashion of the time, which can be found on the fourth floor.” The museum houses 65,000 objects mainly from Spain, Europe and the East, distributed in chronological periods. On the second and third floors, the collection includes artefacts from the Spanish and Portuguese empires, giving insight into what the fashions and styles were like in places such as Goa and China in the 1500s and beyond. 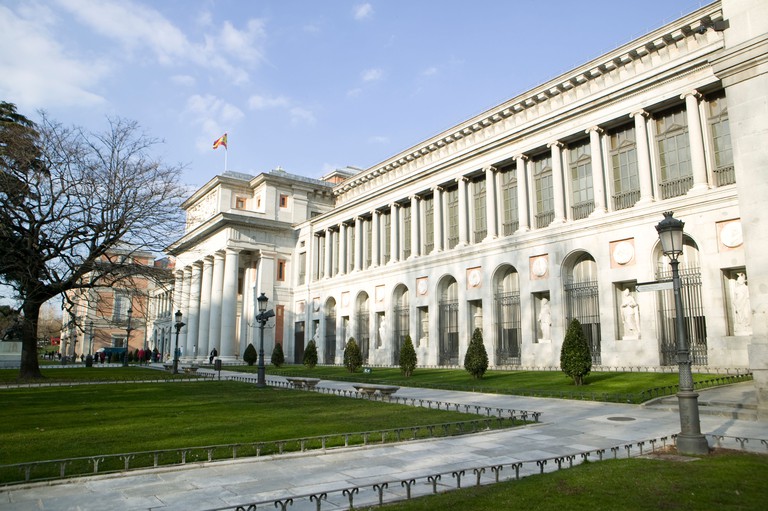 © Jose Manuel Revuelta Luna / Alamy Stock Photo
Book Now
Located right in the heart of Madrid’s historical centre, the Prado Museum houses more than 20,000 world-renowned artworks. Dr Carmen Fracchia recommends prioritising “Velázquez’s Las Meninas because, unusually, the painted characters are mostly looking outside the painting, and their reactions are linked to what they are seeing in front of them – us!” There’s also work by 18th- and 19th-century Spanish painter Goya and 17th-century Dutch painter Clara Peeters, whose elaborate still-life paintings shouldn’t be missed “primarily because it is a rarity to see the work of a female painter in the 16th and 17th centuries, and even more in the Prado”, says Dr Fracchia.
Open In Google Maps
23 Calle de Ruiz de Alarcón, Madrid, Comunidad de Madrid, 28014, Spain
+34913302800
Visit Website
Give us feedback

Book Now
The handy Paseo del Arte pass allows visitors to explore the Golden Triangle of Art in Madrid – three of the best art museums – with a single ticket that’s valid for one year after purchase. You can visit the Prado Museum, the Thyssen-Bornemisza National Museum and the Reina Sofía and save up to 25 percent on entrance tickets with this pass. The Thyssen-Bornemisza National Museum is conveniently set in a lavish building near the Prado in Madrid’s charming centre. Dr Fracchia’s tip is to “enjoy high-rate European paintings from the Renaissance, 17th-century Dutch art, Impressionism, German Expressionism, Russian Constructivism and also from Pop Art.” Don’t miss Van Gogh’s Les Vessenots in Auvers, an intimate look at the final chapter of the painter’s life.
Open In Google Maps
8 Paseo del Prado, Madrid, Comunidad de Madrid, 28014, Spain
+34917911370
Visit Website
Give us feedback

Book Now
The third of the Golden Triangle of Art, the Reina Sofía is home to modern artworks, specialising specifically in 20th-century pieces. “The Reina Sofía was originally an 18th-century hospital, but these days, this building – with its peaceful courtyards with central fountains and trees – houses work produced from the beginning of the 1900s to today,” explains Dr Fracchia. If you haven’t got long, make sure to stop by the famous anti-war painting Guernica by Pablo Picasso, which is housed here.
Open In Google Maps
52 Calle de Santa Isabel, Madrid, Comunidad de Madrid, 28012, Spain
+34917741000
Visit Website
Give us feedback 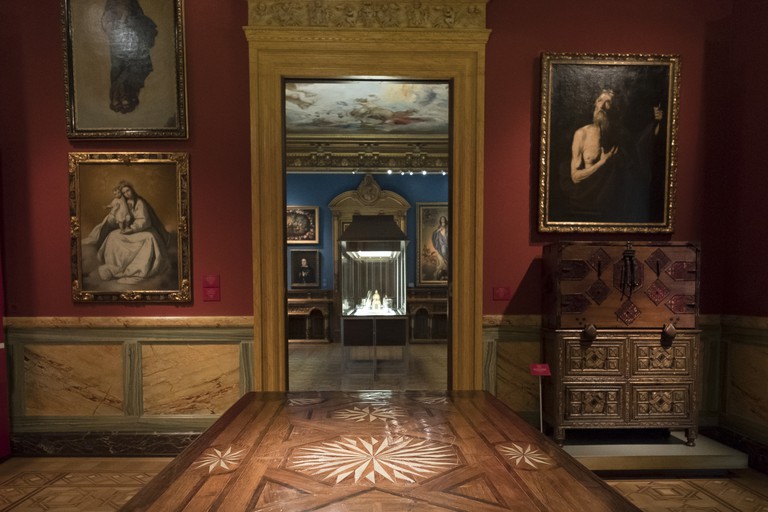 José Lázaro Galdiano was a famous Madrid-based businessman and passionate art collector. When he passed away in 1947, his extensive and intriguing personal collection was turned into a public gallery in his former home in the stately Salamanca district. Set up in an impressive Neo-Renaissance Italian stone mansion, this once private collection houses more than 12,000 archaeological items, jewellery, ceramics, paintings and sculptures from the sixth century BC to the 20th century. “Concentrate on the wonderful collection of paintings by Carreño, El Greco, Goya, Murillo, Ribera and Velázquez,” says Dr Fracchia.