The Best Markets in Malaga, Spain 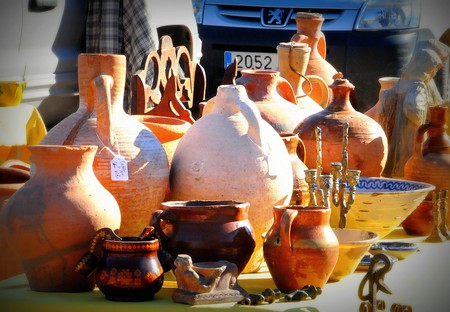 The lively city of Malaga is home to some wonderful street markets, selling everything from the freshest fish to works by the city’s best up-and-coming artists. They’re also great places to bargain and treasure hunt, with some of them located in Malaga’s most attractive public spaces. Read on for the best food and flea markets the city has to offer.

Malaga’s best flea market is now so big that every Sunday it takes over the city’s vast recinto ferial – the sanded fairground on which the Malaga Feria is held every August. The Mercadillo Cortijo de Torres – which previously occupied a smaller site near the football stadium (Martiricos) – boasts 300 stalls selling everything from CDs and DVDs (if anyone buys either of those anymore) to bargain clothes, shoes and fashion accessories. Competition among stall owners for a space here is fierce, as the Cortijo de Torres market attracts customers from all over Malaga province, who come for the range of products and the unbeatable prices. Parking near the recinto can quickly become very crowded, so if you’re driving get there as early as possible for the market’s 10am opening (it closes at about 3pm). The market is also served from the number 4 bus, which departs from the city centre’s main artery, the Alameda Principal.

On the east side of Malaga’s great port, the lovely Muello Uno walkway leads up to the Malagueta beach and is lined with smart bars, restaurants and shops. On the second Sunday of every month, this recently renovated area is also the setting for the Muelle Uno street market, where you can buy everything from local ecological foods to vintage clothing. A separate collection of stalls promotes the work of local artisans every Sunday and, like the Soho market, is the place to head if you want to see what Malaga’s most innovative creators are up to. As you browse you can watch the giant cruise liners come and go on their voyages around the Mediterranean and when you fancy refreshment just grab a table on one of the sun-drenched terraces on Muelle Uno. Open air shopping doesn’t come any better than this. 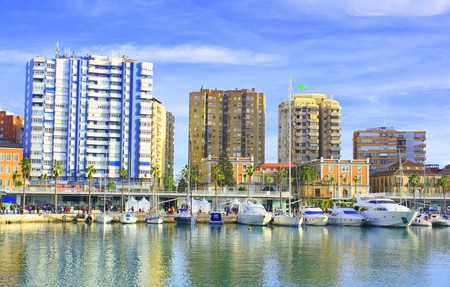 Reopened in October 2015 after a six-month makeover, the Mercado de la Merced is now one of the best places to eat and drink in the city. This den of culinary innovation and excellence is on the lively Plaza Merced, where Pablo Picasso was born in 1881, and its 22 stalls offer everything from cured hams, fresh fish and vegetables to pan-Mediterranean tapas and sushi stalls. And given Spaniards’ love of turning the most everyday tasks into social occasions, Merced is also full of cool little cafes and bars that wouldn’t look out of place in London’s Shoreditch (think deliberately mismatched furniture and industrial chic). Indeed, the barrio of Merced is now home to many of Malaga’s most fashionable late-night venues. 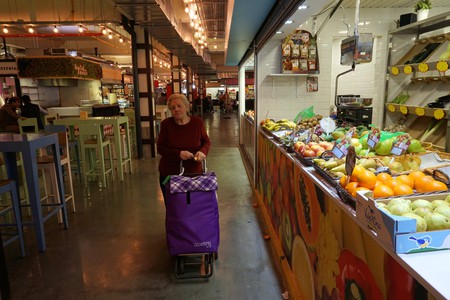 Mercado Merced: a great place to hang out as wel as shop; Encarni Novillo

As is fitting for a neighbourhood that’s home to Andalusia’s most exciting street-art scene, Soho hosts Malaga’s best arts and crafts street market on the first Saturday of every month (from 10am-3pm). As part of the initiative known as ‘Made in Soho’, this intriguing collection of stalls promotes the work of local sculptors, painters, photographers and ceramics and jewellery designers – making it a great place to take the pulse of Malaga’s contemporary art scene. Its location in the heart of Soho also means you’re well-placed to explore the street art which makes up Malaga Arte Urbano Soho (MAUS), a project which has transformed many of the barrio’s dilapidated facades into inspired works of art. 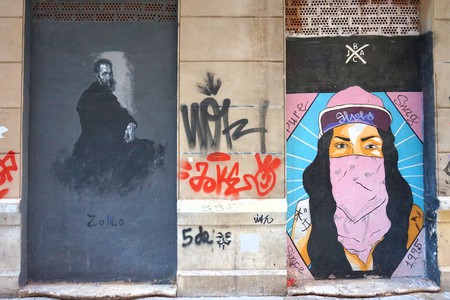 The beautiful Moorish entrance of the Atarazanas looks more like something you’d expect to see in Granada’s Alhambra than adorning the facade of a posh supermarket – but then Malaga’s grandest mercado has had many incarnations. The archway is the only piece to survive from the original 14th-century seven-arched structure, which was a giant shipyard when Malaga was under Arabic dominion (at which time the sea came further inland than it does today). When the Catholic monarchs seized Malaga from the Moors in 1487, the Atarazanas was turned into a convent and in subsequent centuries the structure was also used as a military fort, a hospital and a medical school. Nowadays, both Malagueños and visitors head here for the amazing seafood, delicious tapas of which are served Malagueño-style – deep fried in a light batter – in the many bars nearby. Be sure to also check out the beautiful stained-glass window on its rear façade. 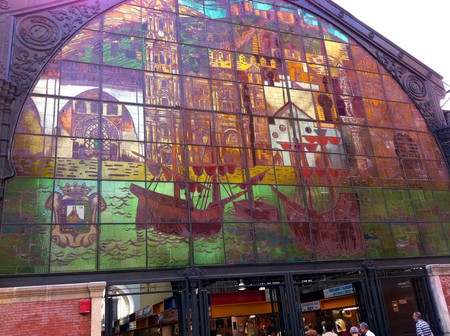 Another of Malaga’s recently revamped food markets is Mercado El Carmen, the somewhat unappealing exterior of which is in stark contrast to the beautiful church next door. The usual cacophony of bargaining and socialising awaits you inside, along with what many Malagueños say are the best fish and seafood stalls in town. Indeed, El Carmen sits in the old neighbourhood of ‘El Perchel’, named after the hooks – ‘perchas’ – on which local fisherman used to hang the day’s catch to dry. Though now surrounded by fashionable tapas joints, this market has not lost its truly local ambience or its wonderfully fishy aromas. Simply wandering around Perchel – one of Malaga’s oldest barrios – gives you a true taste of what life was like before the city became a major tourist destination. 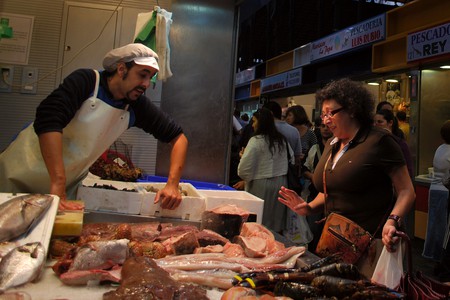