The Best Markets In Barcelona

Barcelona, the cosmopolitan capital of the Catalonia region of Spain. Best known for its artistic edge, with Gaudi’s architecture and the medieval Gothic quarter, Barcelona is also well known for its supply of markets, including one of Europe’s best food markets, La Boquería. From food markets to flower markets, art markets to flea markets, here we profile the best markets in Barcelona. 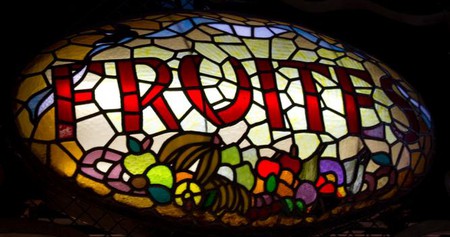 Officially known as the Mercat de Sant Josep de La Boquería, but more commonly known as La Boquería, this huge public market is one of the city’s most famous tourist landmarks. The first mention of La Boquería dates back to 1217, and it still stands today as a vibrant and busy market. The grand iron entrance leads you into what is one of Europe’s largest and most famous food markets, selling a rainbow selection of fruits, and well known for its seemingly never-ending supply of exotic fruit smoothies and fresh lemonade. Visitors can explore the many sections of the market, from fish and meat, to fruit, and even enjoy something to eat at the famous El Quim de la Boquería restaurant at the heart of the market. 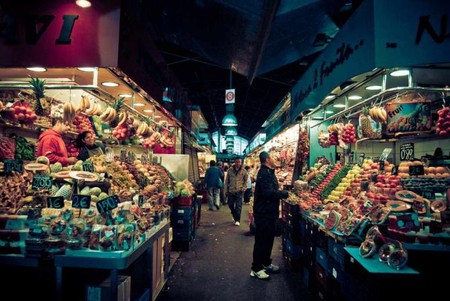 The Mercat de Sant Antoni was designed by Antoni Rovira I Trias in 1882 and is currently undergoing renovation. It stands as a less touristy version of La Boqueria in an essence, but with added extras. Typically, on a Sunday morning it features a second hand book market, and during the week there are stalls outside selling all kinds of good, from clothes, to home-ware. The heart of the market, much like La Boqueria, features food to captivate the senses. 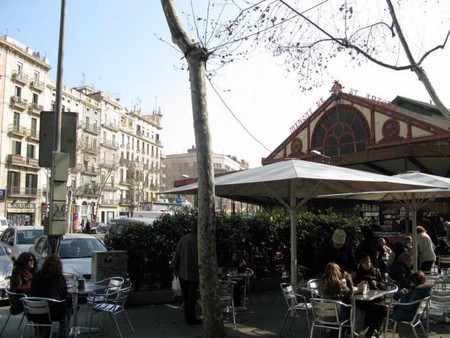 This colorful market was built in 1888 in one of the oldest and most central parts of Barcelona, a brief walk from the Sagrada Familia. Whilst it sells fruit and vegetable, it doesn’t compare to La Boqueria in that respect. Instead, the Mercat de la Concepcio is best known for its beautiful array of flowers, spreading color and beauty as far as the eye can see, and attracting hordes of avid gardeners and curious travelers. 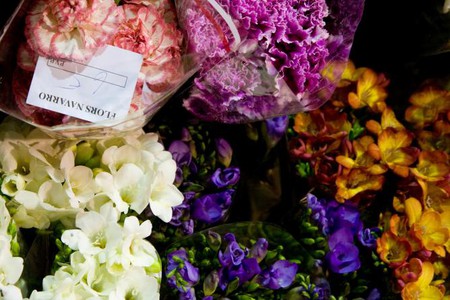 If you’re looking for art, this is the place to go. On weekends, visitors gather here to collect art of various different mediums and meet interesting local artists. Featuring around a dozen Catalan artists and their easels, covering every style of art, the Mercadillo de la Plaça de Sant Josep is not only a place to buy, but a place to meet. You can even walk a bit further south down the Ramblas to get your very own portrait or caricature.

Dedicated to nativity scenes and Christmas traditions, the Fira de Santa Llucia is over 200 years old. With 287 stands offering everything from the somewhat comical yet traditional poop logs, logs that dispense chocolates and candies, to Christmas tree decorations, this is definitely the place to get into the Christmas spirit if you’re lucky enough to be visiting Barcelona in the festive season. It offers a different twist on your typical German Christmas market, so no mulled wine or German hot dogs. Instead hand-made Spanish decorations and artisan products are on offer, and a wonderfully Christmas feel with the backdrop of the Cathedral. 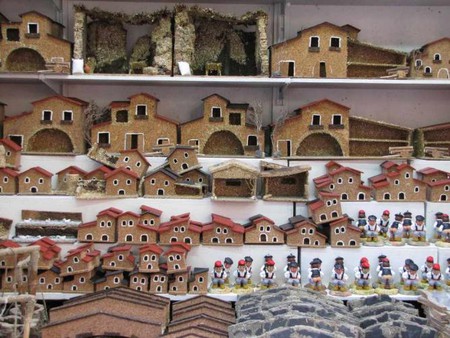 This flea market in the centre of the Plaça de les Glories Catalanes is full of treasures. It’s impossible to specify the main goal of the Mercat Del Encants, the market brims over with random items, both new and old. Everything from books and vintage clothing, to dolls and collectables are available. Barcelona’s largest and best known flea market attracts masses of people, so if you’re really looking for a deal, best go early, particularly as many of the stalls close midday. On top of a casual browse, visitors can attend one of many antique auctions which take place on Mondays, Wednesdays and Fridays. 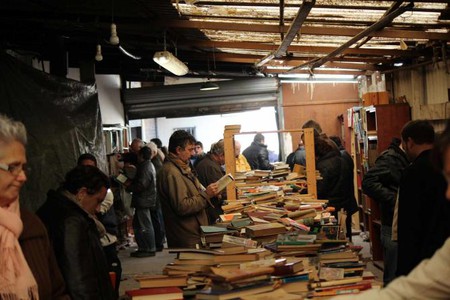