The Best LGBT Bars In Barcelona

One of the most beautiful cities in Europe, the Catalan capital is home to a thriving LGBT community and has long been a popular destination among gay and lesbian travellers. Well used to the sight of a same sex couple holding hands, locals extend a welcoming hand to LGBT visitors to the city, and there are a number of popular gay and lesbian bars around, many in the Eixample district — locally nicknamed ‘Gaixample’. Here’s our pick of the most fun, friendliest places to hang out on Barcelona’s LGBT scene.

One of the pioneers of the gay scene in Barcelona, PuntoBCN is owned by the popular Arena group — famous for their fun nightclubs — and has been around for years. The crowd tends to be a little older than what you expect in the Arena clubs and the vibe is really friendly and relaxed. The laid-back atmosphere makes it the perfect place for unwinding with a drink in the early evening when it’s one of the few places to get busy earlier on. The prices are all very reasonable and the bar attracts a mostly local crowd and is popular with a number of regulars. 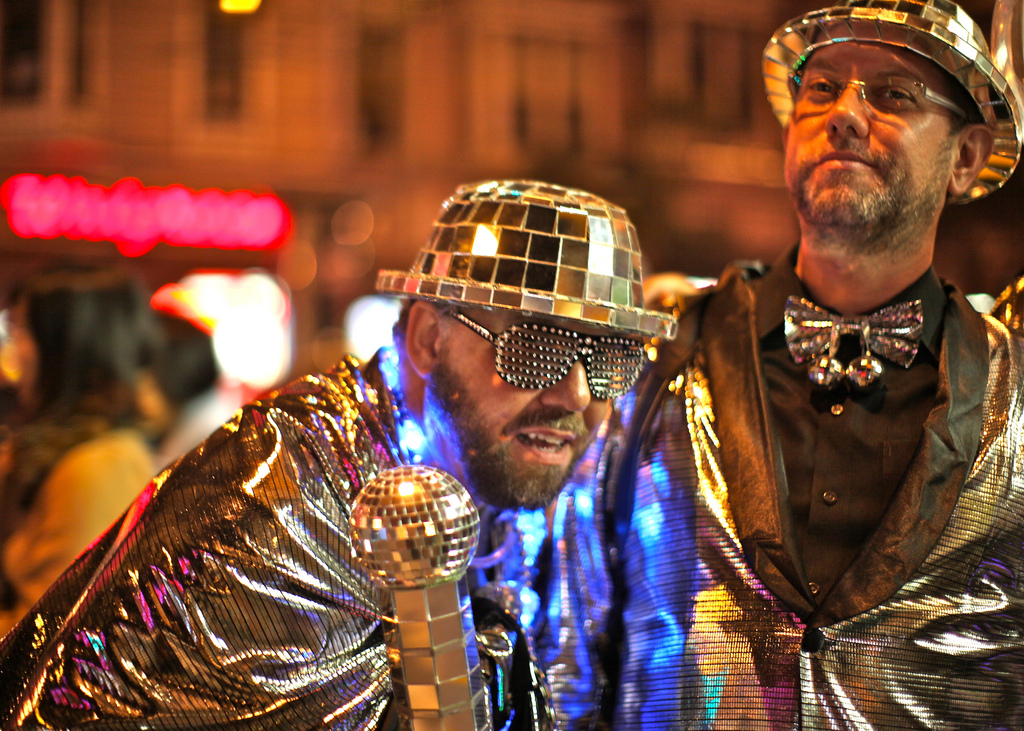 Time to get dressed up | © torbakhopper

Bar, Cocktail Bar, Snacks
This lively cocktail bar situated in the Eixample part of town has a mixed crowd and a hetero-friendly atmosphere. Moeem prides itself on its special events — such as the popular ‘Bingo & Show’ on Sundays — and fun music nights, where the DJs play a mix of pop, dance, and R&B that gets the crowds dancing. There’s plenty of room to practice your dance moves as well as a number of comfy sofas and lounge areas to relax and socialize. Despite the bar’s popularity it has retained a friendly atmosphere and is frequented by a number of locals — both gay and straight.
More Info
Open In Google Maps
11 Carrer de Muntaner, Barcelona, Catalunya, 8011, Spain
Visit website

Formerly known as the Nightberry, Night Barcelona is one of the liveliest and most famous — or maybe infamous — gay clubs in the city. This is the place to head if you’re looking for an eventful night full of mischief and adventure where keeping your clothes on is entirely optional. Not one for the faint hearted, the parties hosted at Night Barcelona can get a little wild and it’s rather famous for a promiscuous, fun-loving atmosphere which include the odd live show.

Not ever explicitly calling itself an LGBT bar, La Monroe has a boldly, beautifully mixed crowd. A true melting pot, it operates on a strict policy of tolerance and open-mindedness and attracts a mostly young, indie crowd who pay little heed to traditional notions of social categorization. Located in the same building as the Filmoteca de Catalunya, it has a large outdoor space, which is one of the liveliest squares in the Raval and serves a delicious selection of tapas and other dishes throughout the day. This is the perfect place to head if you’re just looking for somewhere with a friendly atmosphere to soak up the Barcelona vibe without heading to an exclusively LGBT venue. At weekends the bar gets busier and you’ll often find a lively crowd enjoying a vermut there on a Sunday afternoon. 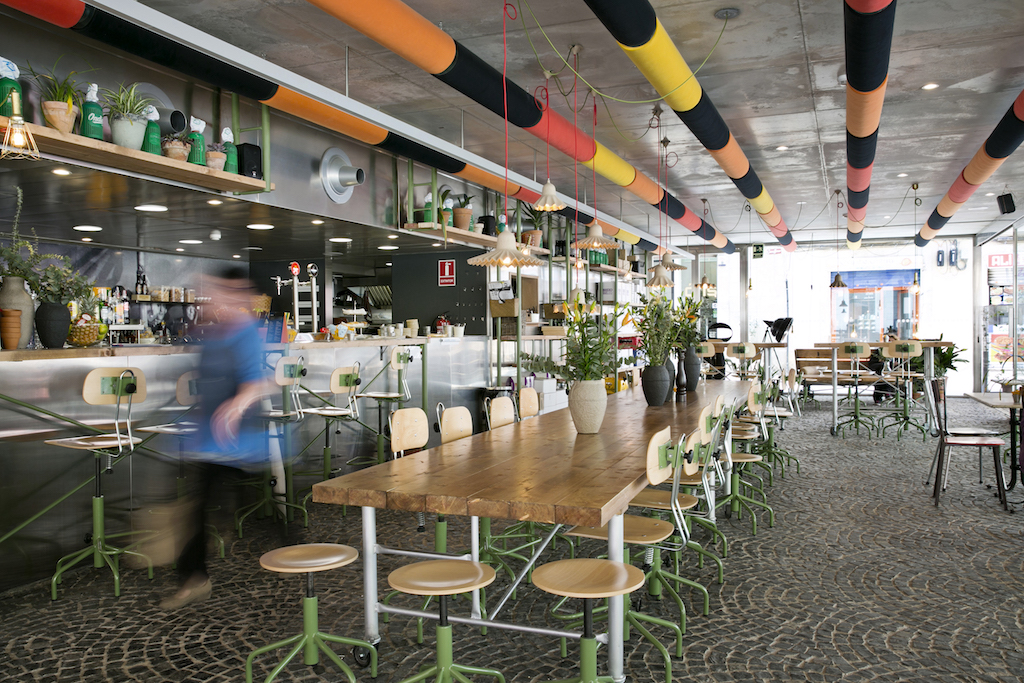 No need for a website when you’re as famous as this Raval institution. El Cangrejo – meaning ‘the crab’, is best known for its lovely drag performance which take place at weekends and regularly draws in a full house. The show is free as is access to the venue but drinks are a little pricier than usual at that time – worth it for a chance to sing along with some of the city’s most cherished drag performers. The décor is wonderfully kitsch and the atmosphere is jovial and light-hearted, providing a refreshing alternative from the more hard-core entertainment venues.