The Best Late-Night Eats in Madrid

Bodega de la Ardosa | © Juan Antonio Segal / Flickr
Spaniards may be on a different schedule when it comes to mealtimes, eating much later than many other nationalities, but most people tend to eat at least before midnight. If you’re looking for a late-night bite, check out our shortlist, from glamorous Italian restaurants to filling fast food.

Restaurant, French, Italian, Mediterranean
Caripen could be straight out of a film set and its dark, intimate interiors are the favourite of many a Spanish celebrity. It’s open until 3am so is the ideal spot for a late-night meal. This place has a good range of pasta and pizzas, as well as meat and fish main courses. Prices are on the higher side, but the atmosphere is glamorous, so if you fancy treating yourself, Caripen is the place.
More Info
Open In Google Maps
4 Plaza de la Marina Española, Madrid, Comunidad de Madrid, 28013, Spain
+34915411177
View menu
Visit website
Visit Facebook page
Send an Email
Give us feedback

This family-run taco joint is definitely no-frills, but more than makes up for it with the quality of the food. All the Mexican favourites are on offer, from tongue-tinglingly spicy tacos to quesadillas, tamales and guacamole. There is a good range of Mexican beers on offer as well as micheladas, a spicy beer cocktail. The restaurant is open until 2am so is the ideal pit-stop whether you’re heading home or the night is only just beginning.

This little café/bar in the very cool neighbourhood of Malasaña is packed with vintage furniture and quirky decor, from the art by local artists hanging on the walls to its old bookshelves. It’s open all day long and doesn’t close until 2am, or 2.30am on weekends. This is a great place for cocktails and its menu features tasty light bites such as toasts, quiches and sandwiches.

Founded in 1902, La Ardosa is one of Madrid’s most beloved old bars and is said to have the best tortilla de patatas (Spanish potato omelette) in the capital. Grab a spot at one of the tiny bar’s high tables and order a few tapas dishes from the menu. As well as tortilla, La Ardosa has a comprehensive menu of Spanish classics, from jamón (cured ham) and Spanish cheeses to croquettes, calamari and Spanish blood sausage. It’s open until 2am (2.30am at weekends).

If nothing will hit that hunger pang like a big old burger, The Good Burger is the perfect late-night option. The chain has several restaurants around Madrid and offers a good range of burgers, as well as hot dogs, loaded fries and – if you prefer – salads. There is also has a veggie burger option for those who don’t eat meat. It’s open until midnight every night of the week. 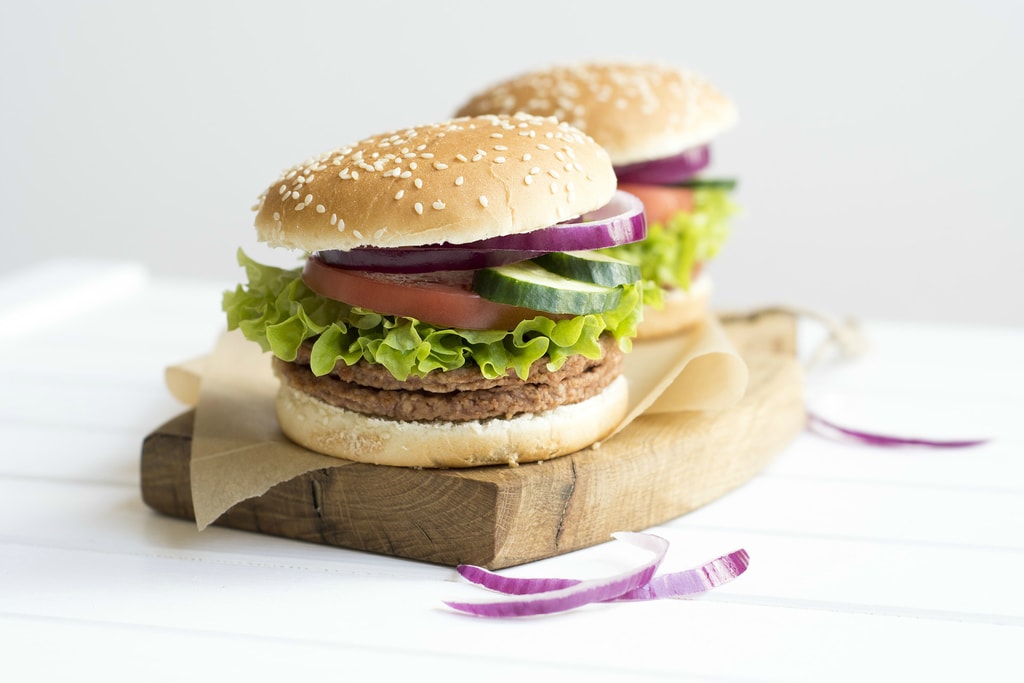 This popular café and takeaway has a couple of outposts in Madrid. It sells sandwiches, pitas, salads and Greek dishes made to order, so you can guarantee the food is fresh. There are usually several deals such as a pita, chips and drink for €5.50 and it is open until 1am Sunday to Wednesday, 2am on Thursdays and Fridays and until 3am on Saturdays.

Bar, Cafe, Restaurant, Dessert Shop, Candy Store, Spanish, Dessert
Traditional spanish churros with hot chocolate in a mug | ©Antonina Vlasova/Shutterstock
Book Now
Once you’ve had your savoury fill, a visit to Madrid’s most famous chocolate and churros restaurant is a must. Chocolatería San Ginés, close to the city’s Plaza Mayor, has been serving piping hot cups of thick hot chocolate with perfectly light churros to dunk into them since 1894. It is open 24-hours a day, so whatever time of night it is, there is always time to stop off at San Ginés on the way home.
More Info
Open In Google Maps
5 Pasadizo de San Ginés, Madrid, Comunidad de Madrid, 28013, Spain
+34913656546
View menu
Visit website
Visit Facebook page
Send an Email
Give us feedback
Book with our partner and we will earn a small commission.
Give us feedback