The Best Independent Cinemas in Barcelona

Barcelona is known throughout the world for its unmatched architecture and thriving art scene. The Catalans also love film, and celebrate the newest art house flicks while still paying homage to classics. We’ve found the best independent theaters in Barcelona so that you can experience the Catalonian film scene firsthand.

Cines Verdi plays classic films in their original language, which is a boon for both expats and film loving tourists. Cines Verdi is actually divided into two theaters, Cines Verdi and Park Verdi, which can be confusing, though they are right next to each other. The staff is very friendly and the regulars are enthusiastic film buffs. Before or after the movie, explore the surrounding area of Vila de Gracia, home to many trendy bars and cafes. 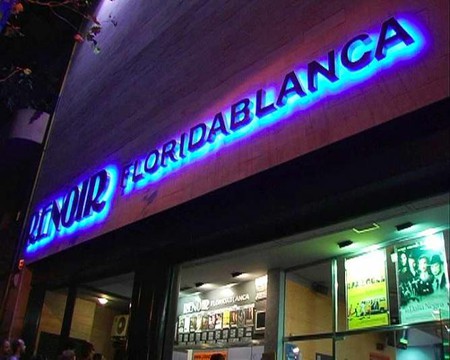 Cine Renoir is only a short distance from tourist attractions like Las Ramblas. Renoir plays new independent movies and offers titles that are tough to find anywhere else in Barcelona. On Wednesdays the ticket prices are significantly reduced, but be sure to get in line early as this is one of Barcelona’s most popular movie theaters. The movies are in their original language and have Spanish subtitles.

Méliès Cinemes is proud of its history of offering the public of Barcelona a classic independent movie experience since 1993. The theater only has two rooms and shows about four films per day, but the ticket cost is only five euros. The movies range from classic American and European titles to new art house flicks. Méliès has won several awards over the years, so you know it’s worth a visit.

Filmoteca Catalunya is not an independent theater, but rather a film archive housing thousands of films and film related documents. Visitors can explore the archives and the library, and perhaps on your trip you’ll see researchers at work. Though the Filmoteca is a functioning research facility they do play classic art films, often paired with a discussion afterward every night.

At Cinema Maldà, one ticket buys you as many movie showings as you like. The Cinema is right along Las Ramblas, so if you are looking to cool off on a hot day, stop inside for a movie or two. The theater has one screen and plays marathon movies all day, which are mostly art house and all are in the film’s original language with Spanish subtitles. Call ahead to see if Maldà is hosting a special event, like movies with babies or cookie day!