The Best Hotels to Book in León, Spain 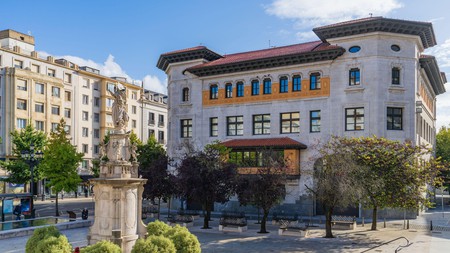 With a history spanning the Romans, Moors, Renaissance and more, the city of León reverberates with history and wears it well, in its elegant historic core. Our choice of the best hotels to book in León ranges from rooms in Medieval monasteries to stylish art deco monoliths, all perfectly placed for exploring the historic and cultural delights of this gorgeous city and now bookable with Culture Trip. 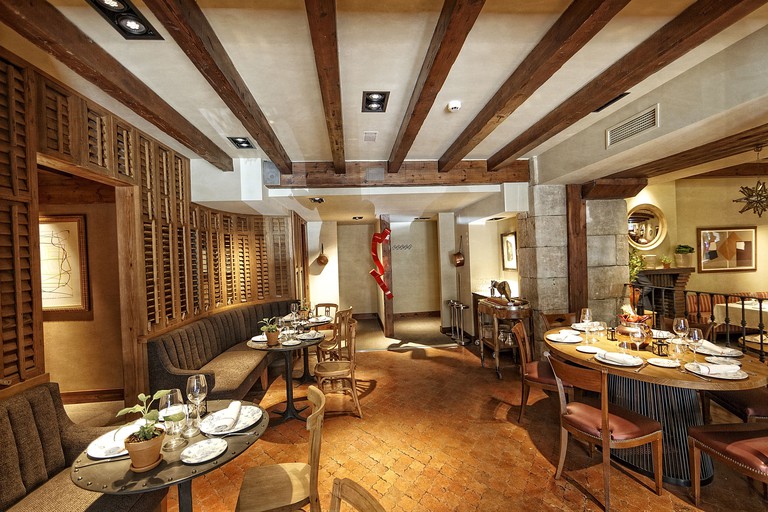 Courtesy of Hotel Conde Luna / Expedia
Right in the heart of León – besides the beautiful cathedral – this hotel upholds the city’s heritage of artistry. Rooms have a neutral colour palette, mid-century modern furniture, marble bathrooms, and unique wall hangings crafted from driftwood and other organic materials. The Nimú Terrace, meanwhile, affords magnificent views over the vaulted cupolas and red tiles of the city’s historic core. 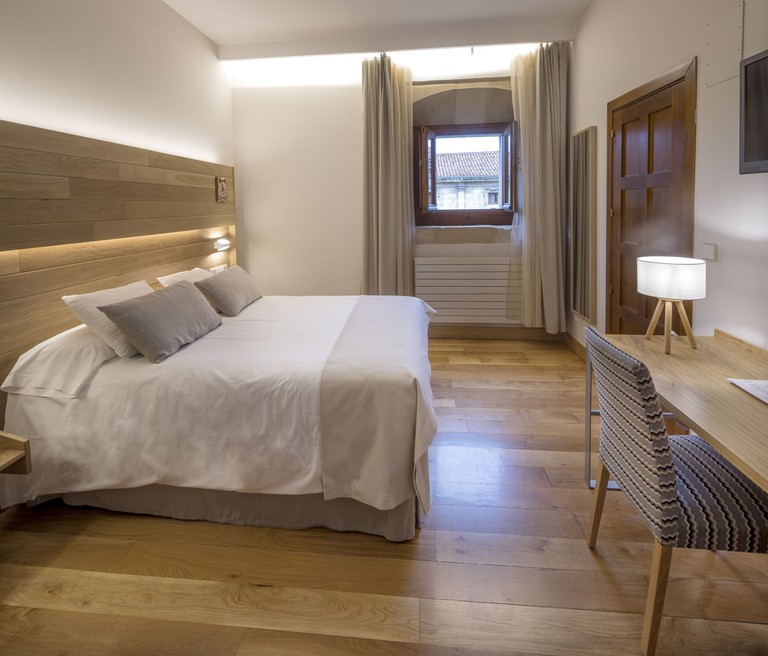 Courtesy of Hotel Royal Colegieta San Isidoro / Expedia
The Basicilia of San Isidoro is a Romanesque masterpiece and one of the most famous historic attractions in León – and you can spend the night here. Guestrooms retain period features – like lovely stone walls – but update the building’s heritage to a modern, almost Scandi-style, all light wood floors and soft lighting. The restaurant and other communal areas, on the other hand, glory in the building’s rich history, all vaulted arches and wooden ceiling beams. 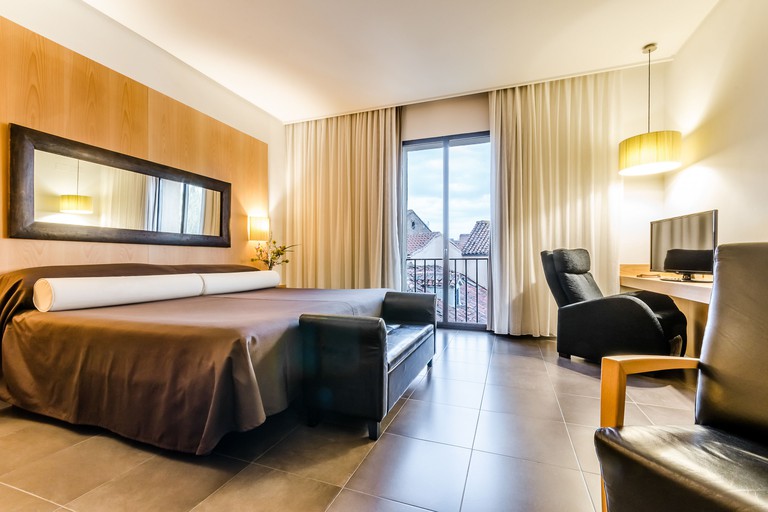 Courtesy of Hospederia Monástica Pax / Expedia
Perched across the road from the Plaza Santa María del Camino, this professional hotel is perfectly placed for exploring historic sights like the Iglesia de Nuestra Señora del Mercado and the lovely Jardin de San Francisco. Rooms have a modern feel – the city’s historic architecture is honoured in black-and-white photography on the walls – and some feature their own hot tub. 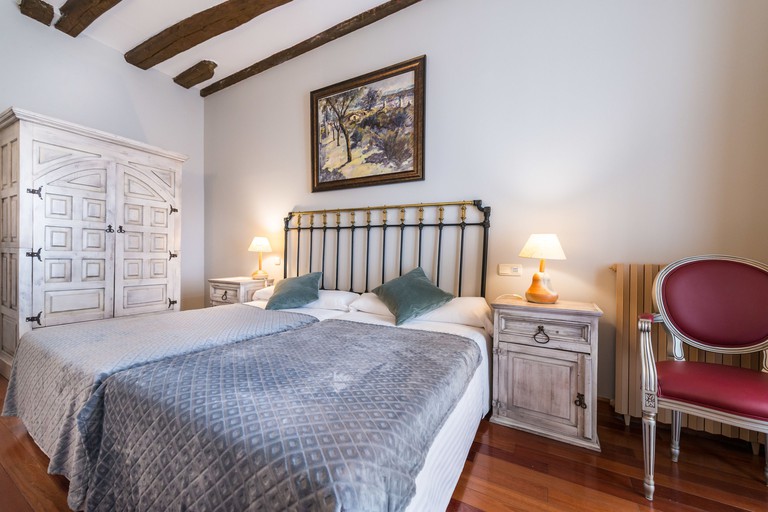 Courtesy of Hotel Alda Via Leon / Expedia
This boutique hotel – in the heart of León’s Old Town – has cheerful, sunny yellow-walled rooms that pay homage to its heritage setting with antique wooden furniture and sections of exposed brickwork. Art lovers will find this hotel a great choice, as among the exquisite Medieval architecture nearby is the more modern Casa Botines – an art nouveau museum designed by famed architect Antoni Gaudí. 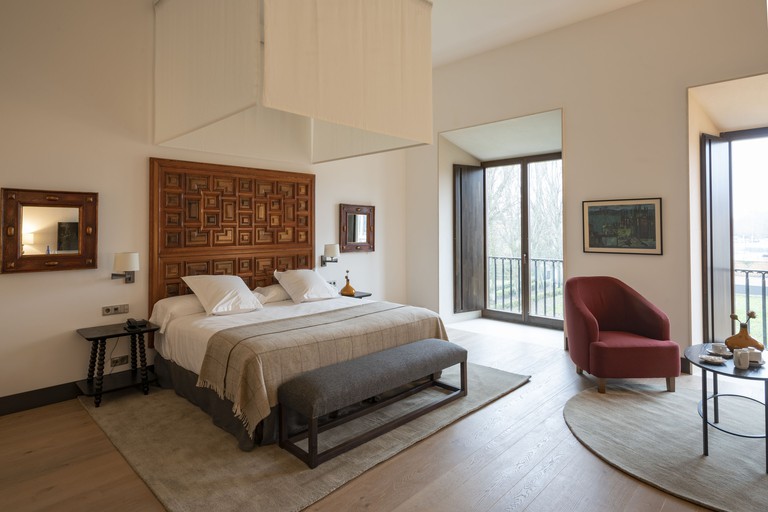 Courtesy of Parador de León / Expedia
A stay in a Parador – a collection of preserved historic buildings turned into hotels – is a highlight of any trip to Spain. And this one – housed in the magnificent Convent of San Marcos – is one of the best. Wall friezes depict Alexander the Great, Julius Caesar and other titans of history – and rooms here feature wooden four-posters and original stone walls. 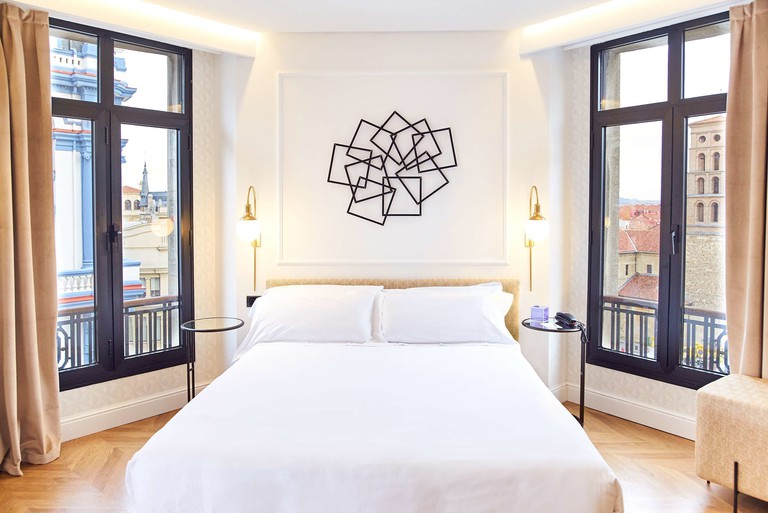 Courtesy of Hotel Sercotel Alfonso V / Expedia
Amid the Romanesque and Medieval styling of historic León, this art deco hotel comes as a stylish change. Rooms have 1930s-style light fittings and wall art, with the marble bathrooms being particularly lovely. Staff will happily help you arrange visits to the nearby attractions – which include Gaudí’s Casa Botines, the Museum of León and the tree-shaded paths of the Parque del Cid. 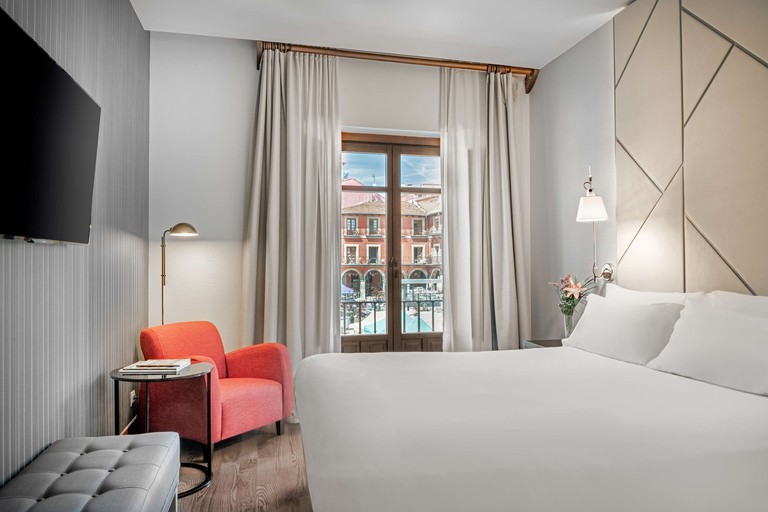 Courtesy of NH Collection León Plaza Mayor / Expedia
Collonaded pillars herald the entrance of this stylish hotel, which sits right in the historic core of León on the Plaza Mayor – the main square in the city. The historic setting is offset by the modern style of the rooms, all gleaming white, offset by splashes of scarlet in the armchairs, which is matched by modern amenities like Nespresso machines. A pillow menu is also available to help you get the best night’s sleep possible. 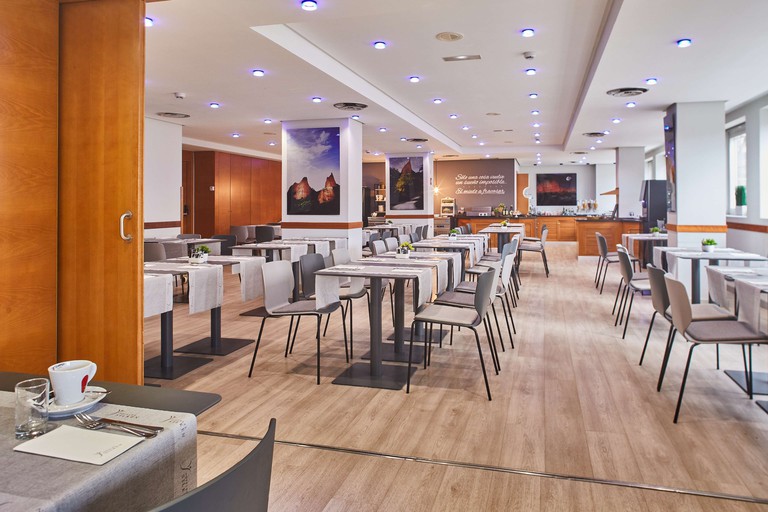 Courtesy of Hotel Silken Luis de León / Expedia
A sleek wood-panelled lobby welcomes you into this professional, comfortable hotel – where guestrooms are modern and decked out with Italian marble bathrooms and the restaurant specialises in León’s traditional cuisine. Signature dishes include cecina, otherwise known as salted, smoked beef. The hotel’s location – in León’s main commercial district – means there are plenty of shopping and dining opportunities on your doorstep, while the historic sights of the Old Town are a 10-minute walk away. 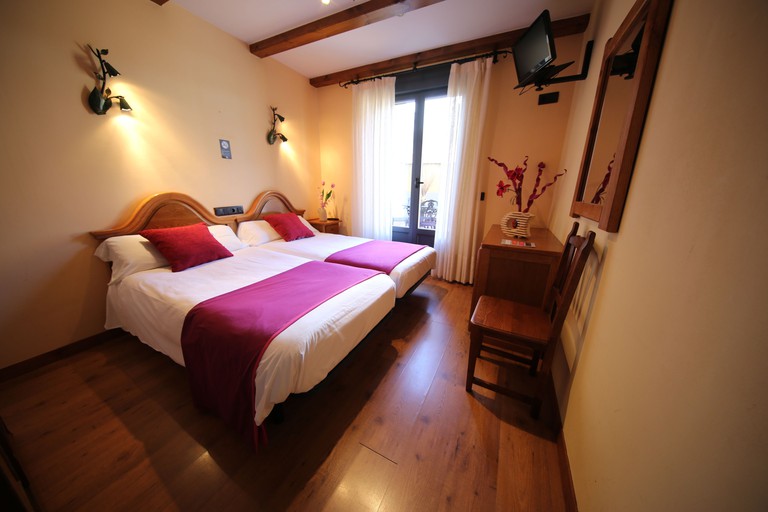 Courtesy of Alda Casco Antiguo / Expedia
The neighbourhood that this hotel is located in is known as the Barrio Romántico, and it’s not hard to see why – just 100m (328ft) from the cathedral, it echoes with the history and artistry with which the city is associated. This down-to-earth hotel has a homely feel, with carved wooden beds, ceiling beams and stone walls – some rooms even feature private patios with wrought-iron furniture.

For more options, discover our guide to the best hotels in Vigo and book now on Culture Trip.