The Best Golf Courses on the Costa del Sol, Málaga

© William Warby/Flickr
With over 70 golf courses set among some of Spain’s most dramatic scenery, not for nothing is the Costa del Sol often referred to as the “Costa del Golf.” Courses by some of the world’s finest golf course archtitects, for players of all abilities, can be enjoyed on the Costa del Sol all year round thanks to the region’s sun-drenched climate. The views they offer – of Andalusia’s mountainous landscape, the Mediterranean sea and the north coast of Africa – are so beautiful they threaten to spoil your shots. Nevertheless, here are the courses you’ll want to experience when golfing on the Costa del Sol.

Consistently ranked by golfing magazines as one of Spain’s finest courses, Finca Cortesín hosted the prestigious Volvo World Match Play Championships in 2009, 2011 and 2012. Its immaculate 18-hole course is the work of Cabell B. Robinson, an American designer revered in southern Spain for the beauty of his courses (Robinson also designed La Cala). With a length of 6,800 meters (22,310 feet) from the back tees, it’s one of the longest courses in Europe, but you won’t notice the extra walking because the landscaping – courtesy of another top name, Gerald Huggan – and Mediterranean views are some of the finest in Andalusia. Five tee-off positions accommodate players of varying abilities and in June, July and September improvement works are being carried out on all 18 greens – meaning one of the region’s best courses is about to get even better. The green fee for both weekdays and weekends is 265 euros. 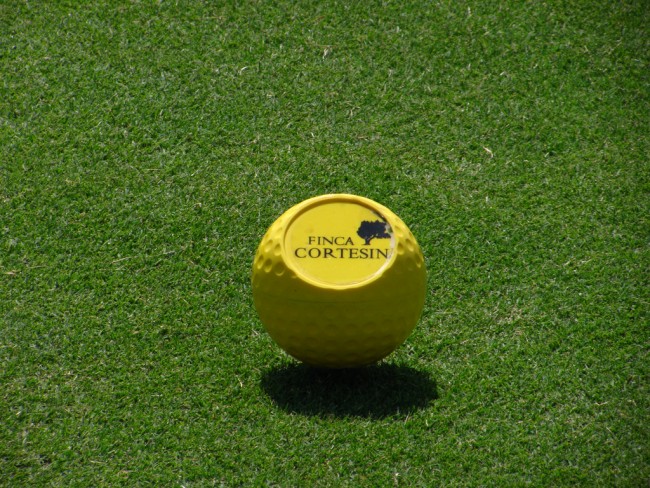 One of the biggest golf resorts on the Costa del Sol, La Cala boasts three stunning courses designed by the American maestro Cabell B. Robinson. The least demanding of the three is Campo Europa, which owing to its location next to river Ojén has one principal bridge and four smaller bridges. These make eight of Europa’s holes a little more tricky. Campo Asia, La Cala’s oldest course, is regarded as the most difficult and has four par-five holes, with the 18th being especially testing. Mid-range players favor Campo America, which has distractingly-beautiful views of the mountains of Ojén and the Mediterranean sea and which features rough, hilly sections with raised greens. Green fees depend on the time and month and are available on La Cala’s website. A luxury hotel and spa complete the resort’s all-in-one offering. 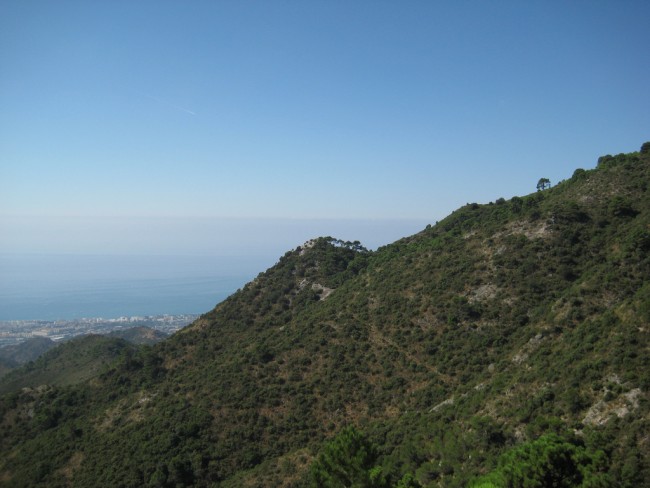 Attached to the smart Marbella Club, this superb course’s credentials are impeccable: its designer, the late Dave Thomas, was a former professional golfer who twice reached Open playoffs and regularly played on the British Ryder Cup team. His designs have shaped more than 100 golf courses all over the world and are known for their demanding bunkers and smoothly-shaped fairways. This course is not for beginners and has an especially tough start, with three consecutive par-five holes in the first nine. But your skills will be rewarded when you reach the seventh hole, from which incredible views of Gibraltar and the north African coast can be enjoyed. Not to be confused with Marbella Country Club, which is an entirely separate establishment. Marbella Club’s course is also one of Andalusia’s more affordable, with green fees of 100 euros per player per day. 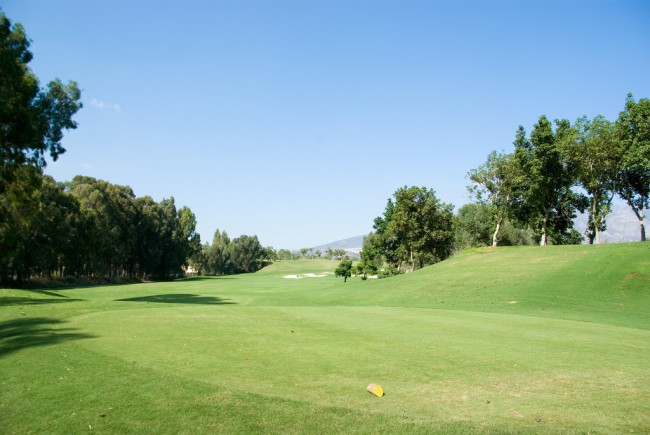 Known to be one of Europe’s finest courses, Torrequebrada is also one of the best-located on the Costa del Sol and sits within a 20-minute drive of Málaga airport, Torremolinos and Fuengirola. It was the first project of Pepe Gancedo, a successful amateur golfer from Spain who is known for a meticulous approach to integrating his courses into the surrounding landscape. Tee-off for the first hole is from the highest point on Torrequebrada and offers shot-ruining views of the sea, while a panoramic perspective on mountains and the Mediterranean provides a suitable finale on the final hole, which sits between two bunkers. More than 100 species of trees line fairways that are sought out for their width and their speed. Green fees are 105 euros per day per person. 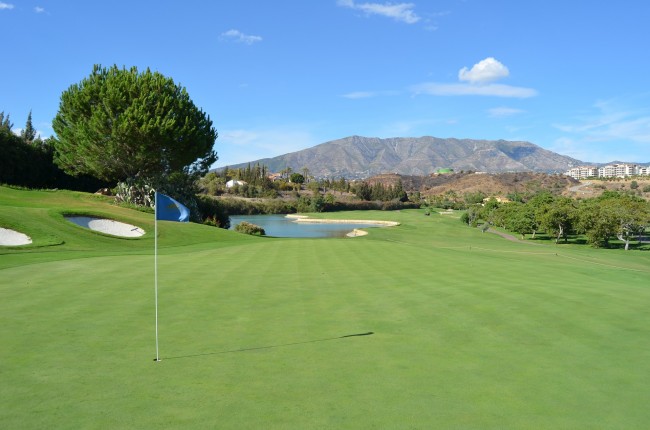 Situated near to Estepona, this hugely popular two-course resort has one of the largest practice courses in Spain, on which classes are taught in a variety of different languages. Old Course, designed by former German pro-golfer Bernard von Limburger, dates from 1968 and has features suitable for players of all levels: gentle fairways that won’t give beginners any nasty surprises, but fast greens and a profusion of bunkers to test the more advanced players. New Course, which offers wonderful views of the Mediterranean, also has something for players of differing abilties – though be warned, it is scattered with hidden obstacles that could disrupt your flow. This effortlessly natural course is the creation of the well-respected Paul Krings. Green fees on both Old and New are 100 euros per player per day, and Atalaya Golf also offers the usual refreshment ameneties – although, if you fancy lunch in one of Andalusia’s prettiest costal towns, the 20-minute drive to Estepona along the coast is hardly a chore.