The Best Family-Friendly Attractions in Tenerife 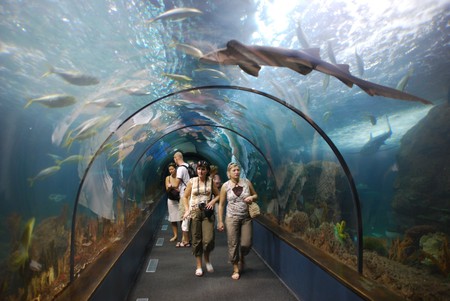 Medieval jousting and Tarzan-style swinging through forests, sliding through a shark aquarium and hand feeding monkeys, Tenerife has awesome choices for super-fun activities for every age. We’ve picked out some of the best family-friendly attractions on the island that are sure to appeal to kids as much as to their keepers.

Although it started as a modest parrot show, Loro Park has grown to become probably the best-known attraction in Tenerife. Over 350 species of parrot are still on show, but these have been joined by almost every animal imaginable from gorillas, jaguars, lions and sloths, to sea lions, orcas, dolphins and sharks. One of the park’s standout features is Planet Penguin, which recreates an authentic Antarctic environment with real snow.
Hours: daily, 8:30am–6:45pm 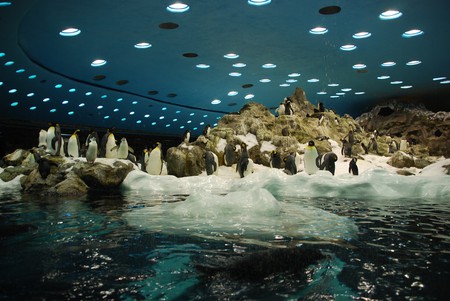 The largest treetop adventure park in the Canary Islands, Forestal Park is, hands down, the thrilling family-friendly attraction away from the water. Located just outside Teide National Park, the complex offers a wide range of zip-lines, rope swings, rope climbing frames, and treetop courses, all across one of three difficulty ratings. The longest zip-line is a heart-pumping 230 metres (755 feet) – the longest in the Canaries – but there’s plenty of mellower experiences to be had, such as just enjoying the pretty surrounding pine forests.
Hours: Fri, Sat, Sun, public holidays; Apr–Oct, 10am–8pm, Nov–Mar, 10am–6pm

Tenerife’s biggest theme park, Thai-themed Siam Park, is also one of its most popular tourist attractions. Best visited during hotter summer months, the park features water rides for all ages, an enormous wave pool complete with sandy beach and a mile-long lazy river. To experience thrills and spills, head to the Tower of Power, a 28-metre (100-foot) high near-vertical slide with speeds of up to 80km/h (50mph), which shoots through an aquarium full of sharks – not one for the faint of heart (or those under 14).
Hours: daily; May–Oct, 10am–6pm; Nov–Apr 10am-5pm 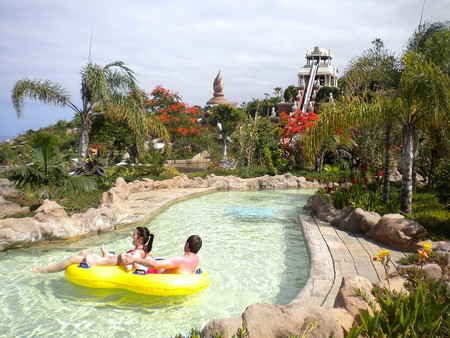 Museum of Science and the Cosmos

Aspiring astronomers or astronauts will love this science- and space-based museum. By mixing traditional museum exhibitions with hands-on, more theme park-style exhibits, this attraction is likely to appeal to anyone with even a fleeting interest in how the world and cosmos work. There are over 70 interactive experiments that are not only enormous fun but also a great way to learn.
Hours: Sun–Mon, 10am–5pm; Tues–Sat, 9am–8pm

Built into a peninsula on the north coast of Tenerife in the ’70s, this huge man-made saltwater lake forms part of one seriously impressive complex. This water-based leisure park also consists seven swimming pools (for all abilities), swathes of sun terraces and beautifully landscaped grounds designed by Canary Island artist César Manrique – be sure to look out for the huge geyser. On-site restaurants and bars mean family can happily spend the whole day here (and adults can come back at night for the underground casino).
Hours: daily, 10am–7:30pm 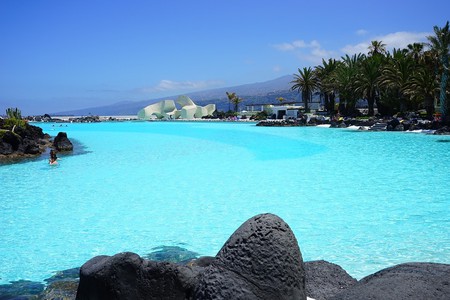 As well as an impressive 20 types of monkeys and apes, the super-child-friendly Monkey Park is filled with other animals such as lemurs, marmosets, iguanas, crocodiles, turtles and snakes. Dried fruit and nuts are also available for purchase at the park to feed some of the animals, though bananas are banned. While it’s a small zoo, the walk-through cages are spacious and animals treated well, plus there’s a breeding centre for endangered primates.
Hours: daily, 9:30am–5pm

The temperate seas surrounding the island are home to almost 30 different species of dolphins and whales. Jump on boats departing from either Los Cristianos, Puerto Colón or Los Gigantes, with most trips taking approximately three hours. Some boats are even decorated like pirate ships, particularly popular with the little ones. Time on board pretty much guarantees seeing dolphins in their natural habitat, as well as sperm whales and orcas if you’re lucky. 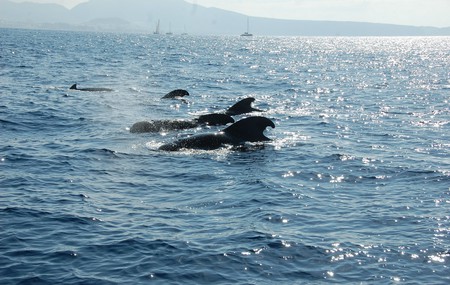 For a family-friendly evening with a medieval theme, head to Castillo San Miguel. While it’s certainly not an authentic castle, much fun can still be had dining at a medieval-style banquet while watching spectacular knightly shows, such as jousts and sword battles. A gift shop also offers armoured figurines and weapon replicas – just don’t leave them in your carry-on luggage.
Hours: Tues, Thur, Sat, 8–11pm