The Best Day Trips to Take from Córdoba, Spain

Priego de Córdoba; Luis Eduardo P Tavares, flickr
Though there is plenty to see and do in Córdoba itself, you might find yourself wishing to escape the heat and crowds by taking a day trip somewhere nearby. If so, there is no shortage of beautiful towns and intriguing attractions located less than an hour’s drive from the city, from the remains of a great Moorish city to one of Spain’s most beautiful national parks.

Visitors to Córdoba with a penchant for Baroque churches should take a day trip to the charming town of Priego de Córdoba, which is known to have the most beautiful collection of such buildings in Spain. Located just over an hour’s drive south of Córdoba, Priego also offers a stunningly-restored Moorish castle and a charming old town, Barrio de la Villa. This cluster of centuries-old white houses sits precariously on top of a cliff, overlooking the untamed expanses of the Sierras Subbeticas National Park (check out the Balcon del Aldarve viewpoint). It is also home to plenty of traditional tapas bars where you can refuel, many of which have lovely outside terraces offering humbling views of the surrounding landscape, which produces some of the finest olive oil in Spain. 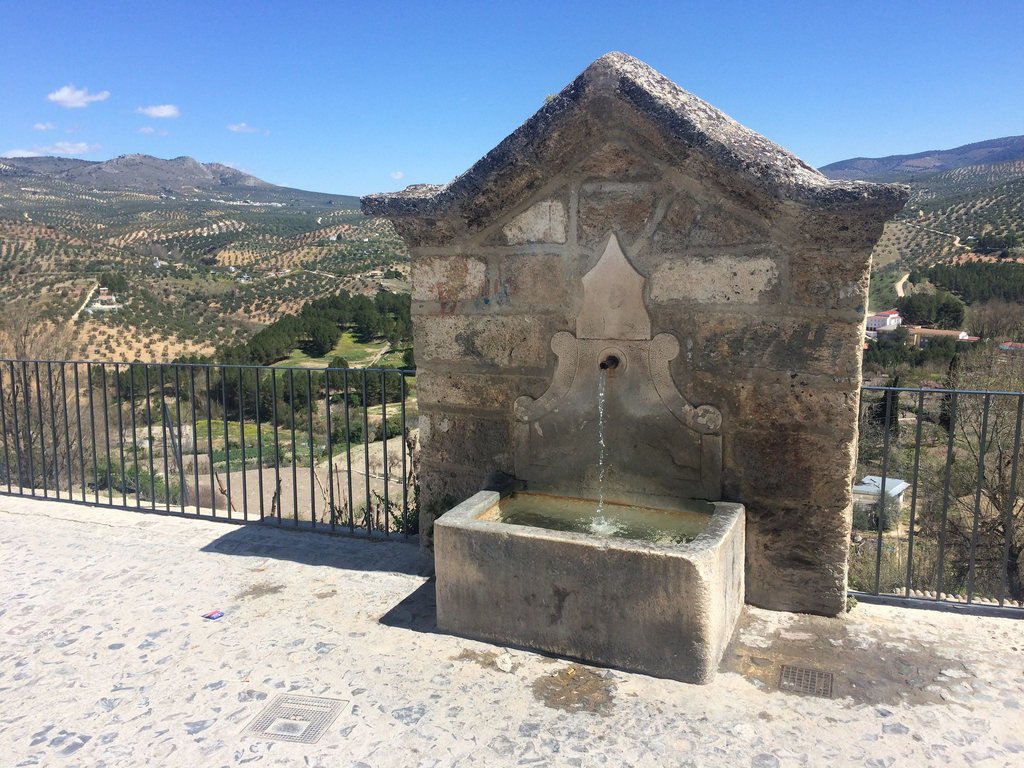 Views from the Blacon del Aldarve, at the top of Priego de Córdoba | © Konrad Hädener/Flickr

Park
If the length of your stay in Córdoba permits, a day trip to the jaw-dropping Sierras Subbeticas National Park should be high up on your itinerary. This vast area of wild countryside is every bit as dramatic and beautiful as Granada’s Sierra Nevada (although smaller) and is home to the largest population of griffon vultures in southern Spain. In addition to these slightly intimidating-looking birds, the park boasts the highest point in Córdoba province—the peak of the 5,144 feet (1,568m) La Tiñosa—as well as intriguing rock formations named dollinas, and 17 enchanting little towns and villages. To really make the most out of a day in one of Spain’s most stunning natural parks, pack a hearty picnic and stop somewhere in the middle of nowhere to enjoy it, keeping an eye out for vultures as you do so.
More Info
Open In Google Maps
Cabra, Andalusia, Spain
+34957506985
View menu
Visit website
Visit Facebook page
Send an Email
Give us feedback

Located on the northern tip of the Guadalquivir river—which runs down through Córdoba and Seville before spilling out into the Atlantic via the Gulf of Cadiz—is the charming countryside town of Montoro, spread over several gentle hills on the lush riverbanks. That it’s only a 45-minute drive from the regional capital makes it perfect for a day trip, during which you can take in the town’s principal historic attraction, the Puente de las Dondas. According to legend, this elegant 16th century bridge was financed by the local women, who pawned their jewelry to pay for its construction. There’s also an olive oil museum, in which you can learn about how the region’s most sought-after product is made. 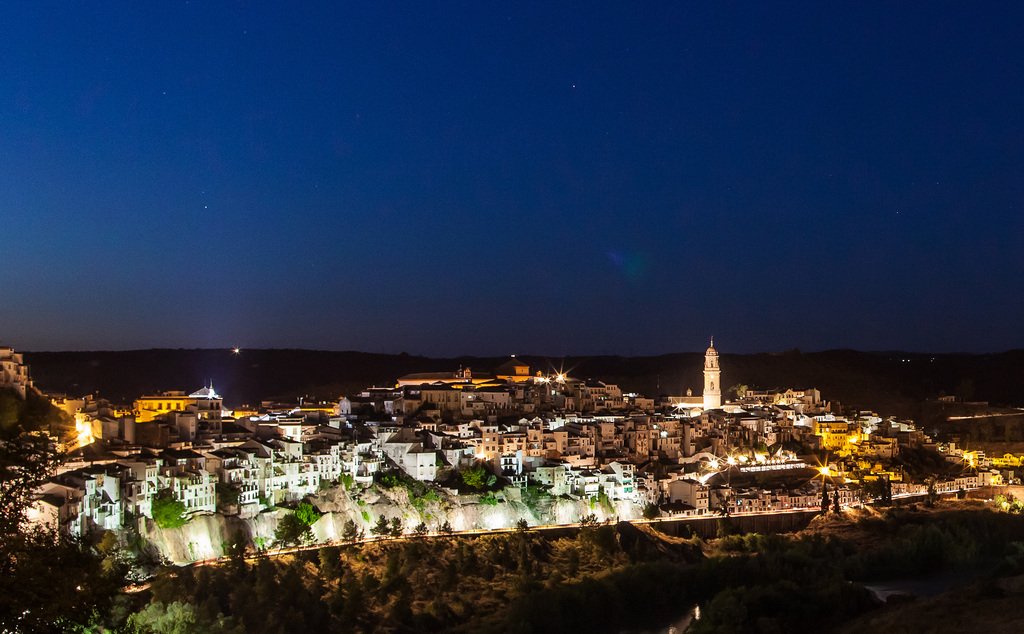 Ruins
Medina Azahara, Córdoba | Medina Azahara, Córdoba
The remains of what was once Islamic Spain’s most important city are located just a few miles outside Córdoba and make for a great day trip, especially when combined with a rustic picnic in the surrounding countryside. Medina Azahara—“The Shining City”—was built in the middle of the 10th century by the Caliph of Córdoba who, according to legend, intended it to be a gift for his favorite concubine. During its 70-year lifespan (it was sacked and subsequently abandoned in 1010) this extensive complex of houses, government offices and royal residences was the administrative capital of Islamic Spain. Spend a morning exploring its fascinating remains, then take a picnic out into the dramatic countryside to make the most of your trip out of the city.
More Info
Open In Google Maps
Carretera Palma del Río, km 5.5, Córdoba, , Spain
+34957103637
View menu
Visit website
Visit Facebook page
Send an Email
Give us feedback
Tue - Sat:
9:00 am - 9:00 pm
Sun:
9:00 am - 3:00 pm

A pretty little town located about 45 miles south of Córdoba, Puente Genil is known throughout Andalusia for its elaborate Semana Santa (Easter) celebrations, and for producing a kind of sweet pickle called membrillo, which is made from quince. Extending eastwards from the banks of the river after which it is named (which is crossed by the 16th century Puente de Miragenil), it is also home to some beautiful churches and squares, the latter of which boast sunny terraces from which you can admire the old buildings that surround you. This town is still relatively unknown among visitors to Córdoba, so it never gets that busy, even during the summer months. 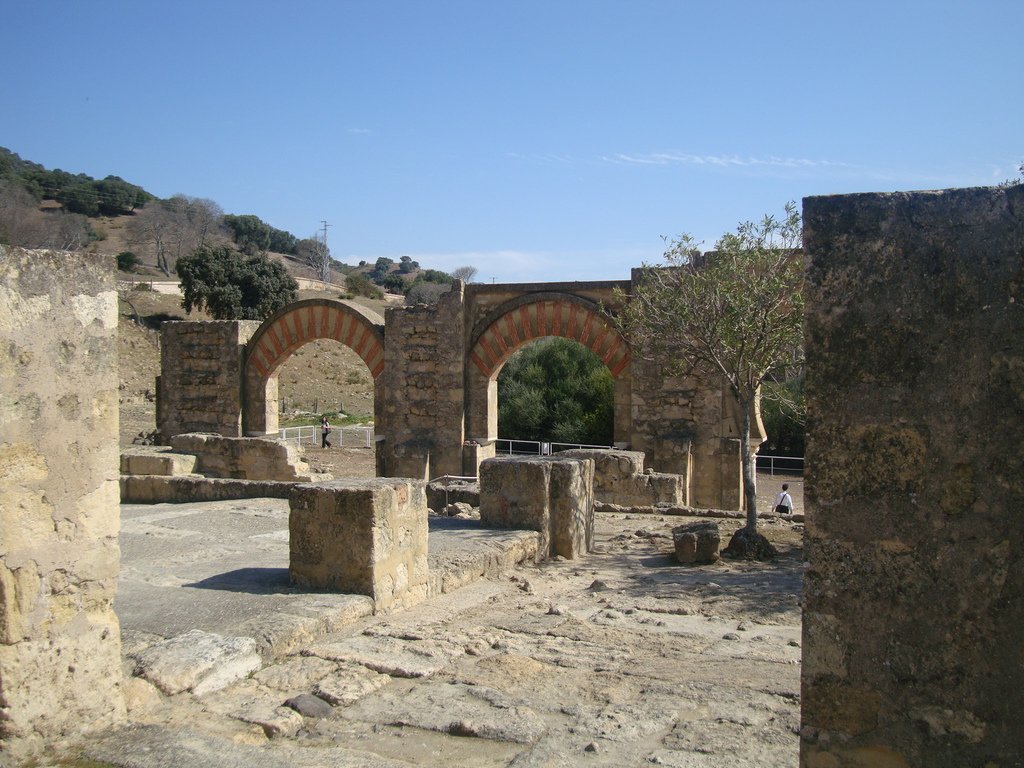 If the crowds of Córdoba get too much, then the perfect antidote is only about a 45-minute drive north of the city. Espiel makes the other pueblos blancos in this article look like bustling metropolises, so remote and rustic is this former mining village. Home to a population of just over 2,000, it extends up one side of a hill, at the top of which you can take in panoramic views from the Mirador de los Pinos observation platform. Only the most curious travelers head to Espiel, so you’ll be able to explore its quiet streets and squares in peace, undisturbed by other visitors. And when you need a break, head into one of the many traditional little tapas bars and blend in among the locals—you’re unlikely to hear any other language than Spanish being spoken.

Pozoblanco is one of the better-known pueblo blancos in Córdoba province, and is located about an hour’s drive from the regional capital, making it ideal for a day trip. It has all the graces and charms you’d expect from a small Andalusian town—whitewashed houses, narrow little lanes, sun-drenched squares with old men sitting on benches in the early evening—which can be enjoyed away from the tourist crush of Córdoba itself. Pozoblanco’s pretty bullring is famous throughout Spain for being the arena in which Paquirri, one of the most popular matadors of the late 20th century, was fatally gored during a bullfight in 1984.