The Best Concert Venues in Marbella

Mogwai | © Matteo Artizzu / Flickr
It won’t surprise you to learn that Marbella, a city famous for its world-class nightlife, is home to some great concert venues. From spectacular open-air auditoriums to characterful flamenco bars, they offer live music to suit every taste. Read on for the best concert venues in Marbella.

Marbella’s leading concert venue is located in the foothills of the Sierra Blanca mountains, about a 10-minute drive out of the city. Starlite boasts an impressive open-air auditorium that attracts stars of the highest calibre in every kind of music. On the bill this season are Sting and the Cádiz-born flamenco dancer Sara Baras.

Brewery, Music Venue
La Catarina offers spectacular live shows | © Free-Photos / Pixabay
What could be better than a venue dedicated to two of the finest things in life: beer and music? La Catarina Brewery and Music Venue is situated near the Puerto Banús marina, 13 kilometres (eight miles) from central Marbella, and offers a wide selection of craft beers, as well as live concerts and jam sessions that are often described by clients as ‘spectacular’.
More Info
Open In Google Maps
Marbella, Andalucía, 29680, Spain
+34659920421
View menu
Visit website
Visit Facebook page
Send an Email
Give us feedback

Park
Marbella’s Parque de la Constitución is home to a beautiful open-air ampitheatre. During the city’s busy summer season, this elegant venue is the setting for concerts and performances of every kind, from flamenco to plays, and from jazz to blues. For pre- and post-concert refreshment, there is a café in the park with a shaded outside seating area, perfect for a copa or caña (small beer).
More Info
Open In Google Maps
14 Avenida Arias Maldonado, Marbella, Andalucía, 29602, Spain
+34952761143
View menu
Visit website
Visit Facebook page
Send an Email
Give us feedback

Building, Theater
Enjoy live flamenco at the Ana Maria bar | © Tom / Flickr
Flamenco-lovers visiting Marbella will want to make a pilgrimage to the city’s best known peña(club), the Ana Maria flamenco bar. This characterful joint is housed in a bright-yellow building in the old town and, when the musicians aren’t drunk (as they’re sometimes said to be), it’s the setting for stirring and intense performances. Be warned, it’s not cheap: entry is €25 and drinks are €10 a pop.
More Info
Open In Google Maps
4 Plaza Santo Cristo, Marbella, Andalucía, 29609, Spain
+34667384946
View menu
Visit website
Visit Facebook page
Send an Email
Give us feedback

For true partygoers, a visit to Buddha Bar is a must-visit: it’s often described as one of the best nightspots on the Costa del Sol and rarely closes its doors before about six in the morning. In addition to live Latin music, the calendar of events includes ‘exotic dancers, fireworks, cabarets and entertainment spectacles’, while the highly praised kitchen specialises in Japanese food.

La Sala is a classy establishment situated in the millionaire’s playground of Puerto Banús, eight kilometres (five miles) west of Marbella city. It prides itself on offering live music of the highest quality seven nights a week, and on Sundays there is live music all day (the perfect soundtrack for enjoying the restaurant’s superb Sunday roast). La Sala’s sumptuous Live Lounge is the setting for its varied calendar of concerts. 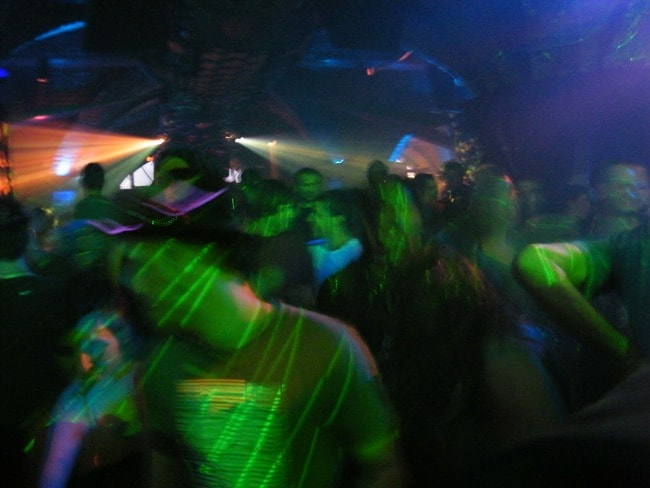 Beckett’s is a sleek and stylish hangout in the heart of Marbella’s modern city centre. Throughout the winter months, it stages quality live concerts every Friday and Saturday evenings and at Sunday lunchtimes. What makes attending a show here a little bit special, though, is that you can simultaneously enjoy Beckett’s inventive, international cuisine, which many locals say is the best in Marbella.