Guadix Cave Houses You Can Actually Stay In 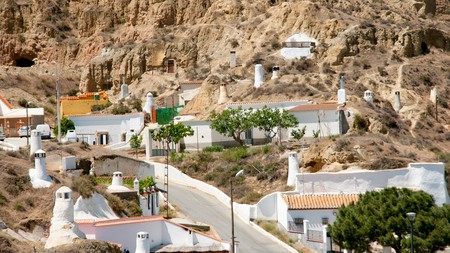 Andalusia is one of the most magnetising destinations in Spain, and for good reason. But if you’re looking to take things a little slower on your next visit – and experience the region through a very different lens – head to Guadix, near Granada, to stay in your very own cave, bookable right here on Culture Trip.

The oft-snow-capped Sierra Nevada mountains overlook one of Spain’s most stunning landmarks: the Alhambra Palace, a cherished relic of Granada’s rich and enthralling history. You can stay at suitably luxurious hotels around the old Moorish city, with many drawing design inspiration from the palace itself. But if you really want to experience a unique stay that captures the old magic and majesty of Andalusia, try staying in a cave house carved into the rocks or dug out of clay.

In Guadix, less than an hour’s drive from Granada, staying in a cave is nothing unusual. The city isn’t that well known outside of Spain, but it boasts a rich history all of its own, and the surviving cave houses are part of its legacy.

Thankfully, many have been restored to hospitality standards and are available for travellers to book. Here’s our curated selection of the best caves in Guadix and the surrounding villages. 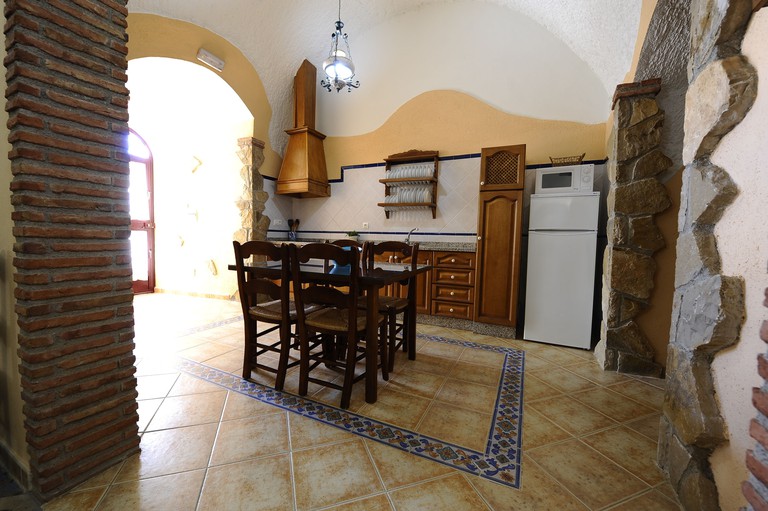 The red clay that illuminates the Alhambra is a stark contrast to the vivid limestone caves of this cavernous complex. The 18 separate cottages are perfect for families and couples looking for a relaxing stay with uninterrupted views of the Sierra Nevada. There are packages available for those looking for a bespoke stay – we recommend the Ancient Skies option, which adds in a spot of guided stargazing to your trip. 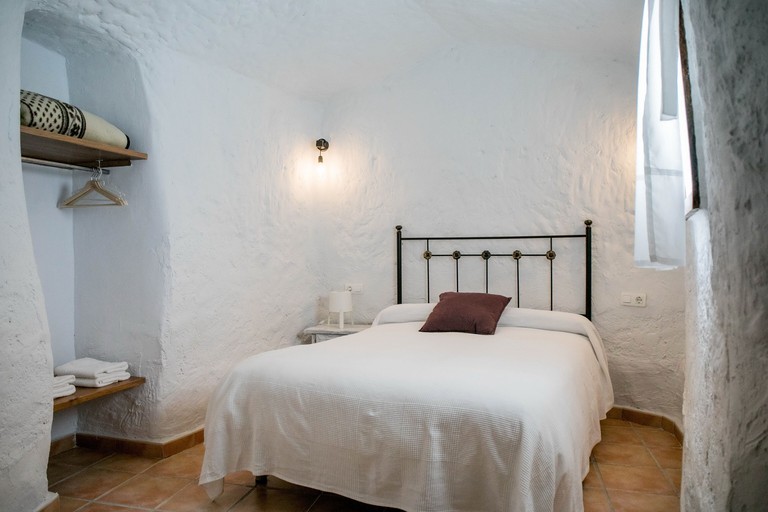 In the nearby town of Huéscar, you’ll find a number of quiet neighbourhoods that reveal more about the region’s past. Casas Cueva Molino Fuencaliente is typical of the properties here, and in addition has barbecue facilities for those looking to spend even more time outdoors. In the surrounding areas, you’ll find remarkable spots like Castril within easy reach. Another highlight is the old Jewish quarter in Orce, which is an archaeological gem. 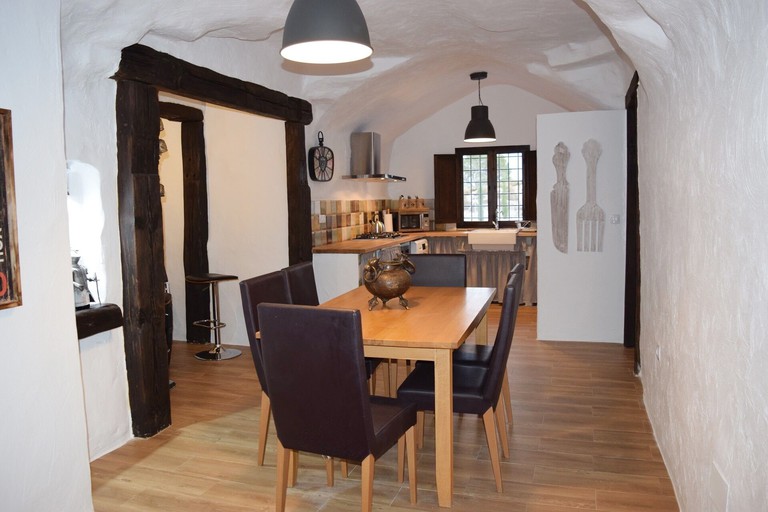 If your idea of a cave hotel is a jagged hole carved into the side of a mountain, then take a look at Cuevas Helena. This modern iteration of “cave living” offers the chance to experience the great outdoors while sampling a more authentic side of Andalusia. The hotel itself is relatively small but well stocked for big groups, with exterior dining space giving the place a summery feel. The traditional Spanish villages of the Altiplano (the high plains) are just a short distance away – hop in the car and head to one for a cheap-as-chips lunch of lovely, local tapas. 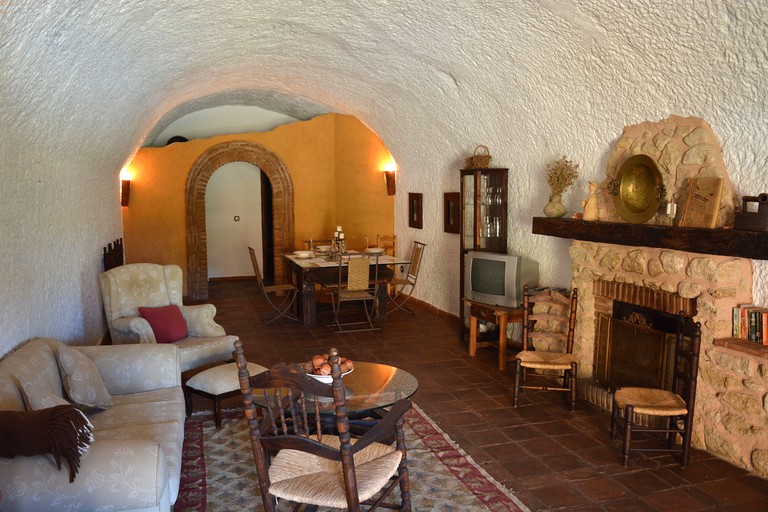 If you want the wow factor, take a cave at Cuevas Almagruz. This property has just six rentals available, but the largest of these can accommodate up to 28 people. The rooms feel like a home from home, with everything needed for a big group holiday. The spectacular façade is part of the Granada Geopark – a designated area of geological interest – which includes a visitor centre that details the original cave dwellers who made their homes here before visitors from other parts of Spain discovered the region. If you’re travelling across the region by car, this place will really take you off the grid. 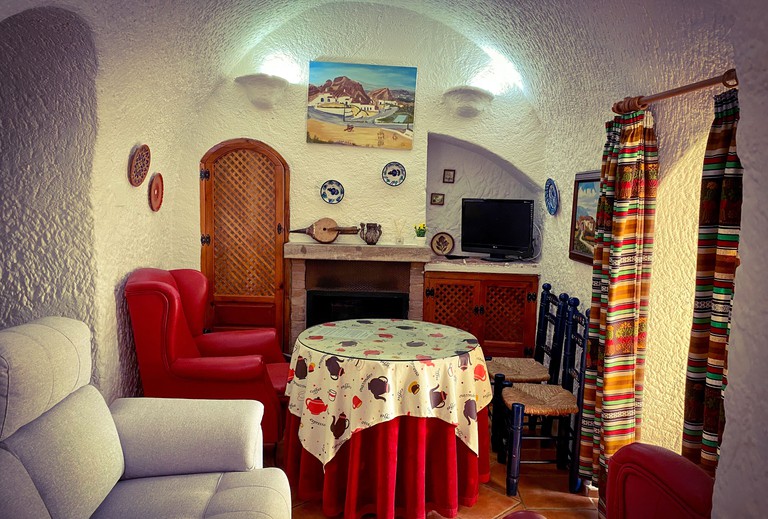 Guadix is a former stronghold of the Roman Empire, and it was during this early period when many of the cave houses found scattered around the city today were first hewn. Cuevas Pedro Antonio de Alarcón are a series of such caves, but instead of rocks and dust, you’ll find cosy bedrooms, kitchenettes and even a hot tub in one. Caves also function as natural insulators; during the hottest days of summer they’ll provide much needed respite, at absolutely no cost to the environment. Guadix is roughly 60km (37mi) from the heart of Granada, so you’ll need to drive here or take a bus. 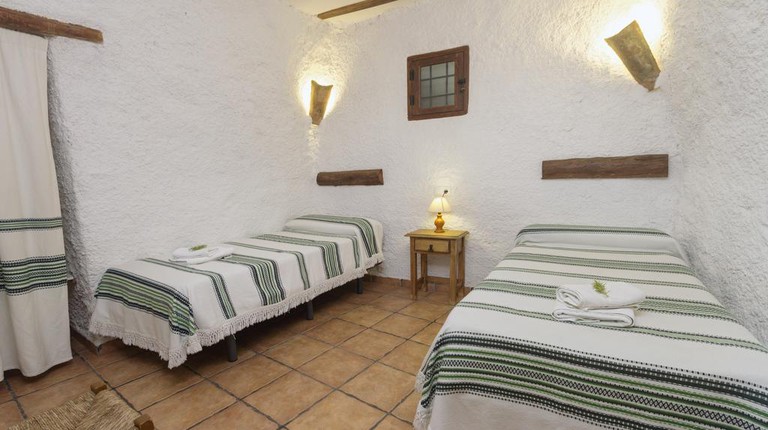 Another option in the Altiplano is Cuevas Al Qulayat, a budget retreat in Castilléjar that’s really only accessible by car. If you’re taking a road trip through Andalusia, somewhere like Castilléjar makes for a great Slow Travel alternative to cities like Seville, Cordoba and Granada. You’ll get a real sense of ancient Spanish history, not to mention a some authentic Spanish cuisine in town. This hotel is great if you’re travelling with a dog, as pets are welcome, too. 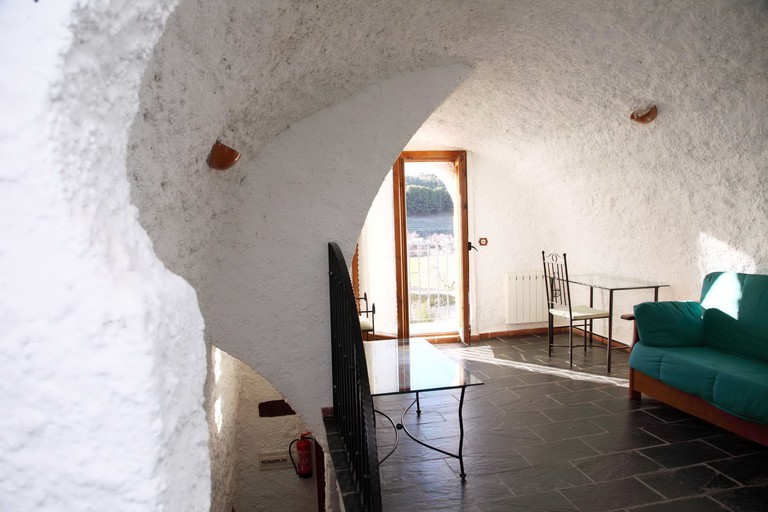 Unlike large purpose-built concrete structures, cave houses have a minimal impact on the local environment. They require little maintenance, blend seamlessly into the surroundings and make the most of natural resources. You can go to bed with a clean eco-conscience at Cuevas del Zenete, found in La Calahorra, in Guadix County. Choose from a collection of open-plan residences that neatly make the most of their limited space. Some come with kitchen facilities and even a cosy fireplace, too. 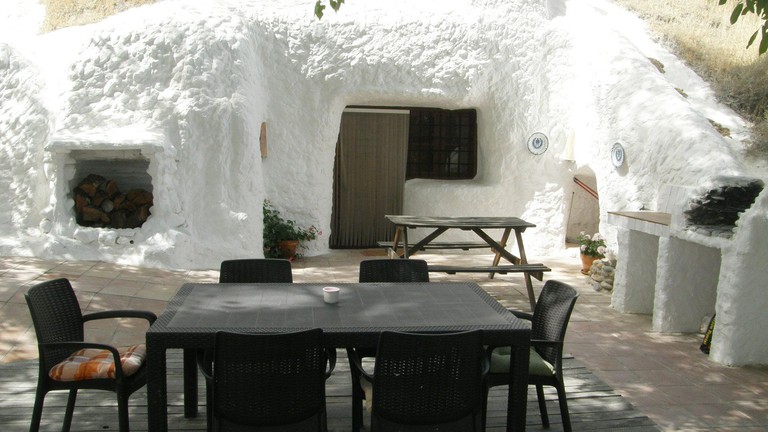 Locals have lived in caves for millennia in this part of Spain, even when the original ramparts of the Alhambra were under construction during the reign of the Moors. But these original cave dwellers couldn’t possibly have imagined how their home might evolve, even though the weathered exterior would remain largely the same. Cuevas el Guindas is every bit the authentic cave, but comes with on-site pool facilities and even an indoor fireplace to provide extra warmth for a winter stay.