The Best Beaches in Mallorca, Spain

Mallorca is home to some of the most idyllic bays lapped by the Mediterranean. Despite their popularity with tourists, most beaches remain peaceful and well-conserved. Culture Trip selects the most picturesque beaches on the island’s coastline. 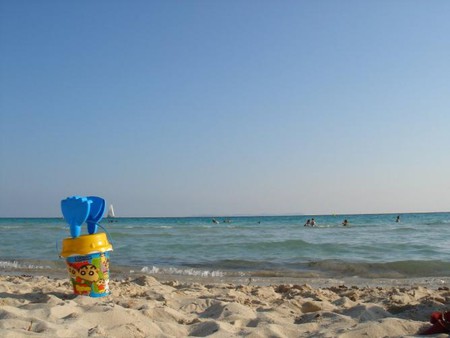 Declared a Place of Special Interest in 1991 by the governing body of the Balearic islands, Cala Mesquida is the perfect beach for nature lovers. With a series of sand dunes, including the large Munt Gros, many rocky patches; and a smattering of pine trees, this beach is characterised by the diversity of its natural surroundings. Nearby, one of the largest cormorant and seagull colonies of the Balearic islands can be found, complementing the vibrant flora with fauna. Take a ride on horseback through the dunes while you admire the bay. 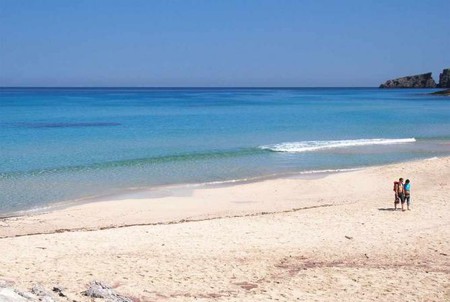 While Cala Deià is not the best place for bathing due to the jellyfish, this cove is worth a visit for its natural beauty. Hidden between pine-covered cliffs on the north-west of the island, this beach offers a sense of seclusion and the stream which trickles over the stones into the sea creates a peaceful ambiance. Take in the panorama and admire the crystal-clear water while feasting on the fresh seafood which is served at the chiringuitos.

While S’illot’s crystal waters may give off the impression of an undiscovered beach, this bay is frequented by many tourists each year and so all major services are available, from showers and depth indicators to a specific section for water sports. The beach is characterised by its rocky surroundings, and named after the islet which rests just off the shore. Make the most of your visit and head to the see the important archeological findings on the Talayotic community which are on display just 200 metres from the beach. 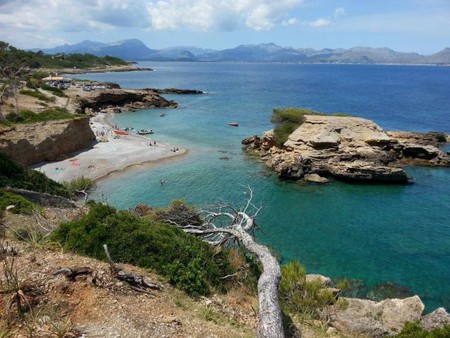 Located near Sant Jordi, the Es Trenc beach is a magnet for tourists and locals alike. Despite the masses of visitors, the beach is well-conserved and given its vast size (around 3 kilometres long), there is almost always space. With a backbone of dunes, transparent, turquoise waters and fine white sand, it is not difficult to understand why this beach has come to be known as one of the island’s best. Nudism is practiced and there is a relaxed atmosphere.

Surrounded by the Cavall Bernat mountains, the picturesque bay of Cala Sant Vicenç in the northeast of the island is made up of four small beaches named Barques, Molins, Clara and Carbó. Their natural beauty has lead them to become the sites of many films and documentaries over the years. Cala Barques, which is characterised by its caves, is particularly recommendable for those who wish to snorkel. A strong fishing tradition still exists in this area which guarantees fresh seafood of high quality in nearby restaurants. 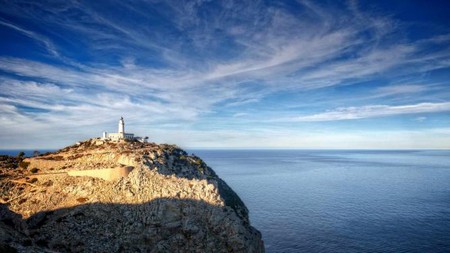 Formentor is renowned for its dizzying drop and the incredible views offered from the vantage point of the lighthouse. The zone’s beach is world-famous and has been frequented by celebrities such as Audrey Hepburn and Winston Churchill. The blue-flag beach boasts of amenities and is set against a backdrop of a pine and oak forest which at some points hang over the Mediterranean’s surface, creating beautiful reflections. Be sure to take a camera up to the lookout point before cooling down with a dip in the transparent water. 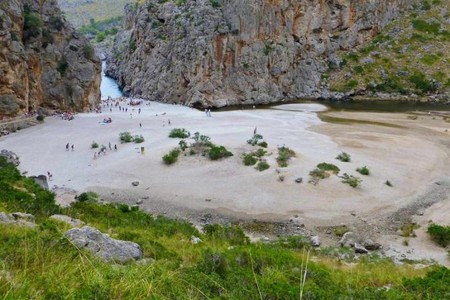 The peculiarity of the beach of Sa Calobra is that it is wedged between cliffs of 200 metres high. Over centuries, the Pareis stream has fought its way through to the sea, creating a unique landscape which demonstrates the power and force of the natural world. There are a number of popular hiking routes on the land which surrounds this narrow sandy shore as well as a large variety of native vegetation. If you are lucky and your trip to Mallorca coincides with the annual Sa Calobra concert, you can enjoy live music at this idyllic setting.