The Best Beaches in and Around Santander, Spain 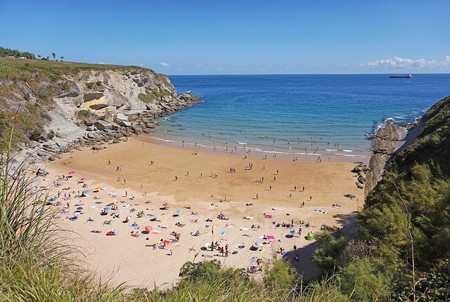 The city of Santander, the capital of Spain’s Cantabria region, lies on the central north coast of the country and is known for its maritime heritage, delicious seafood and, of course, its great beaches. From wild and windswept shores to those great for surfing, here are the best beaches in and around Santander.

Playa Sardinero is Santander’s main city beach. It stretches for 1.5 kilometres (approximately one mile) and has a lovely golden shade, a promenade, a café and grand 20th-century architecture, such as the Gran Casino and the Eurostars Hotel Real. In the autumn and winter, it’s popular with surfers, too. 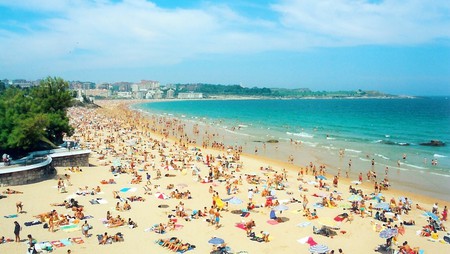 A cute little 200-metre (657-foot) cove, Playa de Mataleñas lies north of El Sardinero. It’s framed by lush, green cliffs and has soft, golden sand that’s perfect for sunbathing on. The beach itself doesn’t have many amenities, but it does have an ice cream stand if you need something to cool you down.

Playa de Somo is located a 30-minute ferry ride from Santander on the Magdalena Peninsula. It’s a stunning sweep of golden sand, which is very popular with surfers. 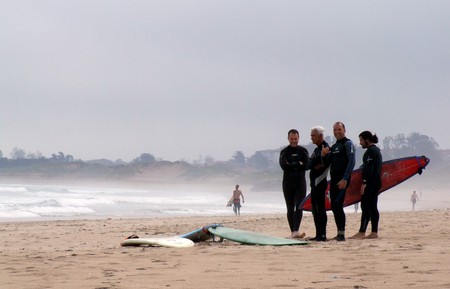 Playa del Puntal is located on a 2-kilometre-long (1.3-mile-long) sliver of land opposite the Magdalena Peninsula and the city of Santander. It sits next to Playa de Somo and can be reached by passenger ferry. In the summer, there a few beach bars and temporary restaurants as well. 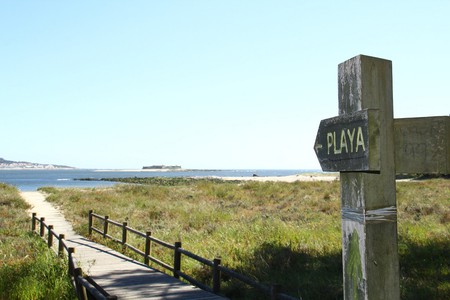 Playa de Langre is thought by many to be the most beautiful beach in the region of Cantabria. It’s a wide crescent of sand stretching for 1,200 metres (3,900 feet) and is backed by rocky, green-clad cliffs. It’s a natural beach with no facilities or services, so remember to pack some food and drinks with you when you go. It’s also popular with anglers, snorkelers and nudists. 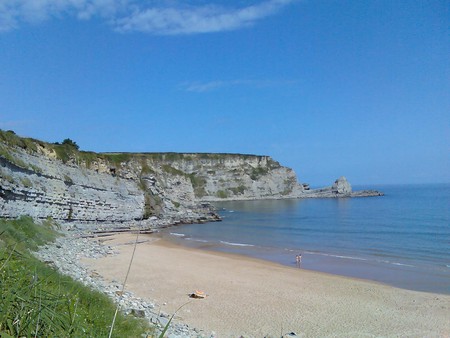 This small recreational beach is located on the northern side of the city 0f Santander in a place called Soto la Marina. It has a large swathe of fine golden sand and many interesting rock formations in the water. There are not many facilties here, but it is known to be one of the best places to celebrate Noche de San Juan on June 23rd with bonfires and firework displays.

Located within the Parque Natural de las Dunas de Liencres, Playa de Valdearenas can be found 16 kilometres (10 miles) west of Santander. It’s particularly popular with surfers, and stretches for a whopping 3 kilometres (almost 2 miles). Golden-hued and sticking out into the sea like a long peninsula, it’s both vast and natural. 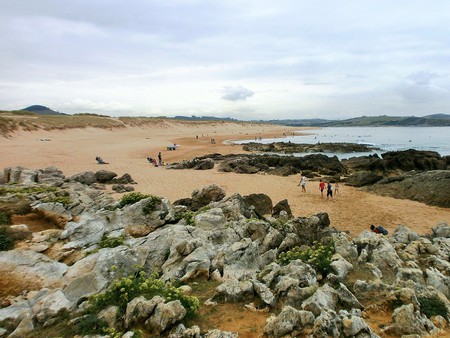 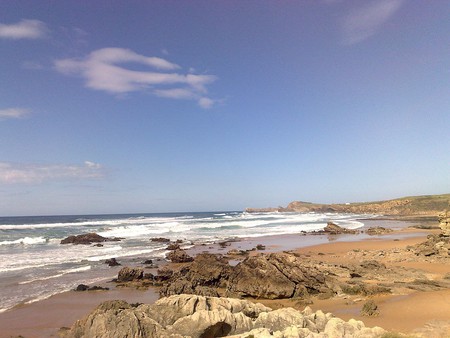