The Best Beaches In And Around Barcelona 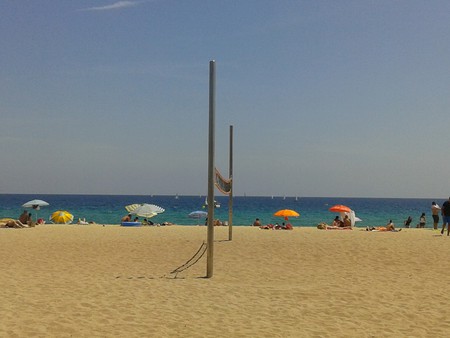 In the height of summer, and often in winter too, everyone in Barcelona city is looking for that weekend beach escape, whether for sunbathing, swimming, dining or simply strolling. Here are our picks of some of the best within the province of Barcelona. The Rodalies railway line runs parallel to the coastline both north and south of the city, so all of the below beaches are accessible by public transport and are just a one minute walk from the station.

Located around half an hour by train south of Barcelona, just before you get to the popular resort town of Sitges, is the charming bay of Garraf. A crescent sweep of sand backed by traditional white and green fishermen’s huts, this is a simple beach with just one chiringuito (beach bar) and one restaurant on the clifftop. Garraf is especially ideal for swimming as the water is slightly warmer and protected by a bay. 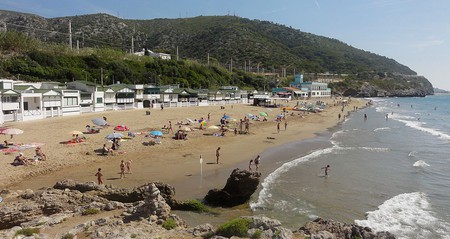 A long, sandy stretch punctuated by rocky outcrops and verdant green hills, Sant Pol de Mar is said to be one of the most picturesque beaches in the area. Located an hour-and-a-half north of Barcelona by train, it may be one of the furthest on our list, but start out early enough and you’ll still be able to have the whole day there to enjoy it. There are a few beach bars and restaurants scattered along the shoreline, and if you head into the village you’ll find the 11th century Church of Sant Pau, as well as the three-Michelin-starred Restaurant Sant Pau. 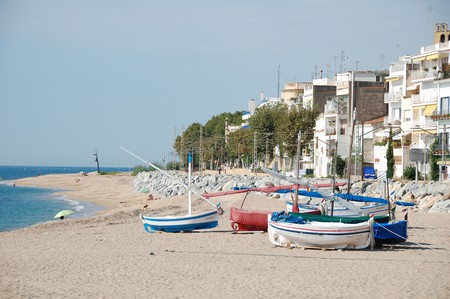 A long carpet of sand, backed by colorful Catalan Modernista-style houses, Caldes d’Estrac can be reached in just 45 minutes from the center of Barcelona. Situated north of the city, the beach here is so long and wide that it’s hardly ever packed, even in the height of summer. Many hiking routes leave from the village, and there are also kayaks for rent along the shore. Come here in winter and you can warm up afterwards in the village’s thermal baths, which date back to the 19th century. 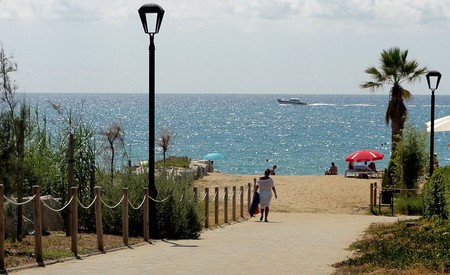 The first beach you come to after leaving the city confines of Barcelona and Badalona, Montgat is one of the Maresme beaches and is both long and very wide. It may still get crowded in the middle of summer like most beaches within easy reach of the city, but it’s generally cleaner and you’ll be sure to get a bigger stretch of sand to lay out your towel on. The beach can be reached by train from the center in just 20 minutes. 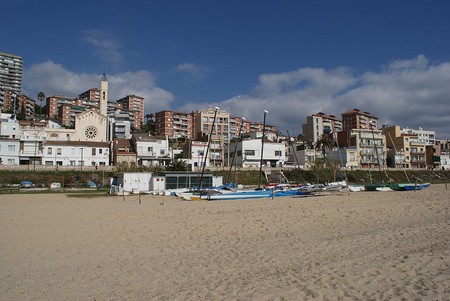 Just after Montgat Nord and the Port Masnou marina, you’ll come to Ocata. Similar to Montgat, the beach is a long golden ribbon of sand, wide enough to find somewhere to lay your beach towel even in summer. Many chiringuitos (beach bars) line the sand, so you’ll always find somewhere for a cool drink and a bite of tapas. 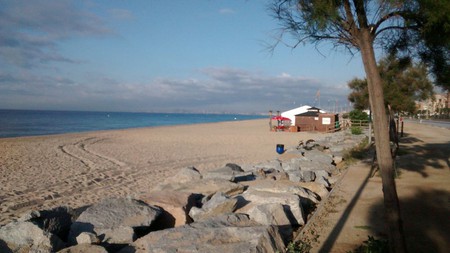 The only beach on our list within the confines of Barcelona city, Bogatell Beach is a little further away from the center so is ever so slightly less crowded and cleaner than Barceloneta and Vila Olympic – and it’s more popular with the locals, rather than tourists. The beach is lined with many restaurants and chiringuitos, and there are also a number of beach volleyball nets set up, in case you want to enjoy a game. 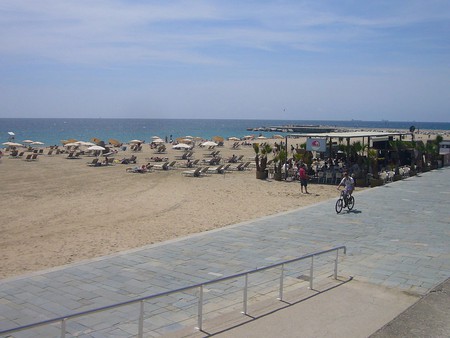 One of the most popular beaches south of the city, Castelldefels is a lively resort town with plenty of facilities. Bypass the Castelldefels town station and get out at Castelldefels-Platja and you’ll find almost five kilometers of sandy playgrounds. The beach has itself has many facilities too. In springtime, around April and May, the Castelldefels is popular for a range of water sports, from sailing and windsurfing to kitesurfing. 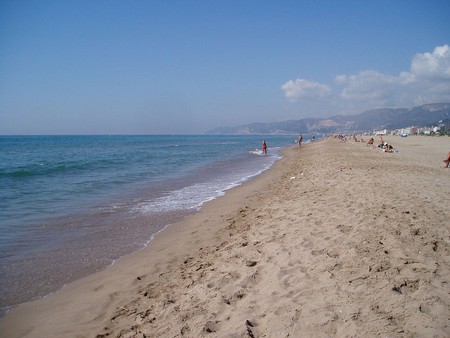