The Best Beach Vacations in Europe 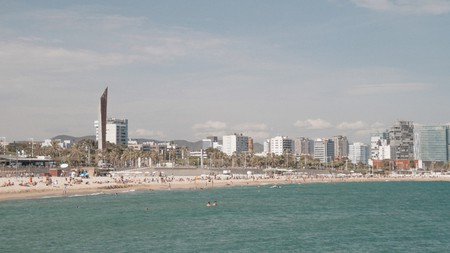 There are some fantastic beaches to be found in Europe, and believe it or not they’re not all located on the shores of the Mediterranean. From epic surf spots to romantic alcoves, party capitals to urban retreats, here are some of the best places to go on a beach vacations in Europe.

Located just south of mainland Croatia in the Adriatic sea, Hvar is an island that boasts both U.N.E.S.C.O. World-heritage site attractions – such as the Stari Grad vineyards – as well as a lively party scene. From June to September, Hvar Town becomes a seemingly non-stop party destination, with beach bars and large nightclubs offering plenty of entertainment for fun-seekers who come from across Europe. Venues such as Carpe Diem, Hula Hula or Veneranda – rumored to have been attended by Prince Harry – are some of the highlights. 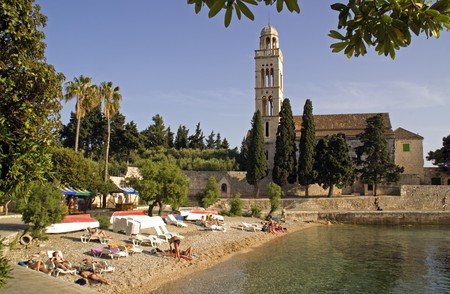 Perhaps the most famous party island in the world, Ibiza has attracted thousands of partygoers since the ’80s, and continues to host the world’s biggest D.J.s each year. Despite its popularity, much of the island has managed to retain its natural beauty, with most of the nightlife located around Sant Antoni de Portmany. To the south of the island, around Ibiza town, you’ll find white-sand beaches and crystalline waters, as well as trendy beach bars and restaurants which still move to the sound of the Balearic Beat. 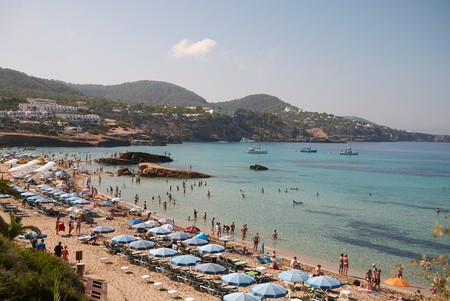 For an urban oasis

Considered by many to the be the food capital of Spain (if not Europe), San Sebastian is famous for its multitude of fine-dining restaurants, casual eateries and, of course, the pintxos bars (like tapas on a stick). Yet the city also boasts an incredible urban beach which stretches for almost a mile (1.5km) across the front of the city, and is deemed to be one of the most beautiful city beaches in Europe. 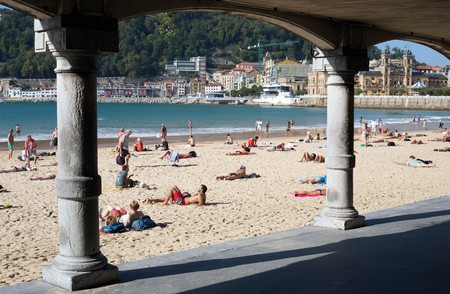 The Catalan capital is one of the most visited cities in Europe, and there’s no mystery as to why. Barcelona boasts some of the most interesting architecture in Europe – from Roman to Gothic to Art Nouveau – world-famous food and music scenes, a rich artistic history, and fantastic shops from high-street to designer. And that’s before even getting to the fact that there’s a beach on the the very doorstep of La Rambla. Barcelona is the best of both worlds when it comes to city break and beach vacation. 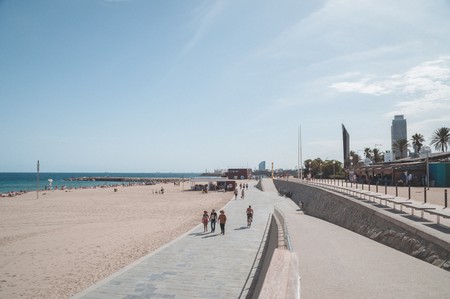 Located at the southernmost tip of Portugal, Sagres can feel like the edge of the world – and for centuries it was actually considered to be. A busy fishing port, it’s also a well-regarded surf spot, which benefits from its position of having beaches on both south-facing and west-facing beaches – which means that there’s usually something to surf on at least one shore. The village has a relaxed, sleepy feel, enhanced by the sight of dusty old camper vans pulling up to the side of beach shacks selling freshly grilled sardines. 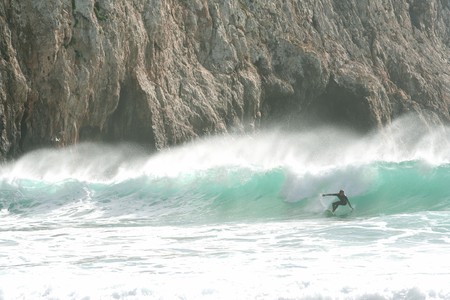 Located just north of Biarritz, Hossegor is famous for its surf, considered one of the best spots for the sport in the world thanks to beach breaks such as La Nord or Gravière. Each year during the summer, the Quicksilver Pro France surf competition is held there and attracts some of Europe’s best surfers. There’s also plenty of nightlife in the area, so there’s plenty to entertain those who don’t surf. 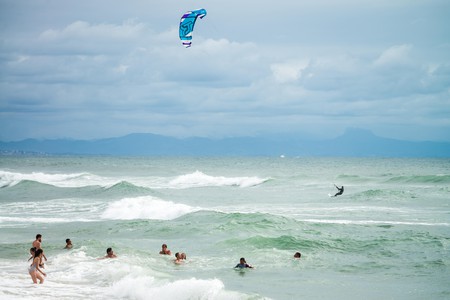 As overcrowded as the Algarve might get in the height of summer, there’s still no denying that its beaches are among the most stunning in Europe. Dramatic rock formations, hidden alcoves and azure waters are what come to mind when you picture this Portuguese coast, and it never fails to deliver. Around Benagil, visitors are spoilt for choice when it comes to epic scenery, with the Praia da Marinha topping the list for must-see spots. 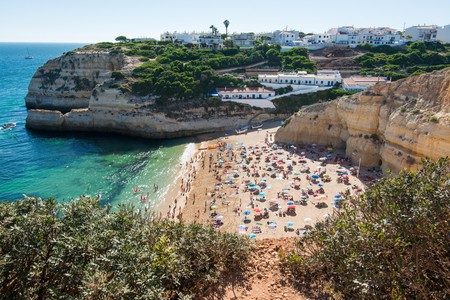 One of the original hippie communities of Crete, Myrtós still exudes a laid-back, bohemian atmosphere which immediately takes its hold on you. Located in the foothills of the nearby mountains, the beach is surrounded by green slopes that protect it from the wind and provide an amazing backdrop. The village abounds in artisan jewelry stores and cozy cafés, while the beach is dotted with tavernas selling food and drink as well as offering sun loungers and parasols to clients. 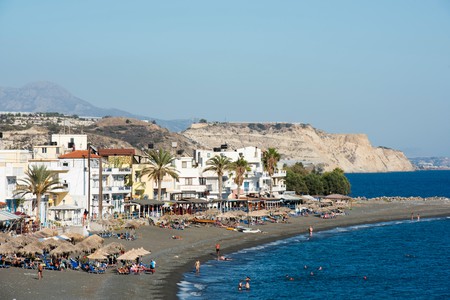