The Best Bars in Central Seville For Live Music

The Best Bars in Central Seville For Live Music

fradellafra, pixabay
With a variety of venues offering everything from indie rock to flamenco and blues to jazz, music lovers of every kind are catered for in the Andalusian capital of Seville. Read on for the best spots to head in this city’s beautiful historic centre for live music.

One of the most popular venues in the Alameda de Hercules area of Seville is the legendary Fun Club, a studenty hangout known for its indie rock concerts. Located on the expansive square itself, this is a late-night joint, opening its doors at half 9 every evening and not closing them until around 7am. It attracts well-known Spanish groups, whose concerts are often broadcast throughout the country on TV and, despite the high quality of the live music, drink prices are reasonable. The service is also highly praised, though be prepared to shout to make your order heard.

Cafe, Pub Grub
Another star of the Alameda’s hectic nightlife scene, Habanilla is a small venue that stages live performances of a wide variety of music, from rock to flamenco. Boasting a prime spot on the square, Habanilla attracts an arty, bohemian local crowd as well as foreign visitors who flock to hear its renowned live shows. Its small but well-appointed terrace on the Alameda also makes it a great place to stop for a coffee and cake or an early-evening copa, whilst inside the live shows can be enjoyed inside in a warm, pubby atmosphere.
More Info
Open In Google Maps
63 Plaza Alameda de Hercules, Sevilla, Andalucía, 41002, Spain
View menu
Visit website
Visit Facebook page
Send an Email
Give us feedback

Offering nightly flamenco shows by some of Andalusia’s finest artists, La Carboneria is for those who like their live music raw, up-close and personal. No videos or cameras are allowed during the performances, which you watch from shared benches so close to the dancers that their flounced dresses graze your face. It’s not a large venue, so if you want a decent seat you’ll have to turn up a good half an hour or so before showtime (9.30), but you won’t mind the wait as you chat to other music lovers at your table and enjoy their excellent tapas and wine. Not to be missed for any visitors who want to see “real” flamenco.

Along with La Carboneria, the other central Seville joint that flamenco enthusiasts visiting Seville need to know about is Casa Anselma. This tiny venue – the walls of which are plastered with flamenco memorabilia, including some beautiful old paintings – doesn’t open its doors until about midnight, and even then only according to a schedule that could be described as unpredictable, at best. If you do see it open, though, don’t miss out on what could be some of the most passionate music and dance you’re likely to hear and see in the Andalusian capital. Drinks are a little more pricey than in the other venues in this article, but entrance is free. 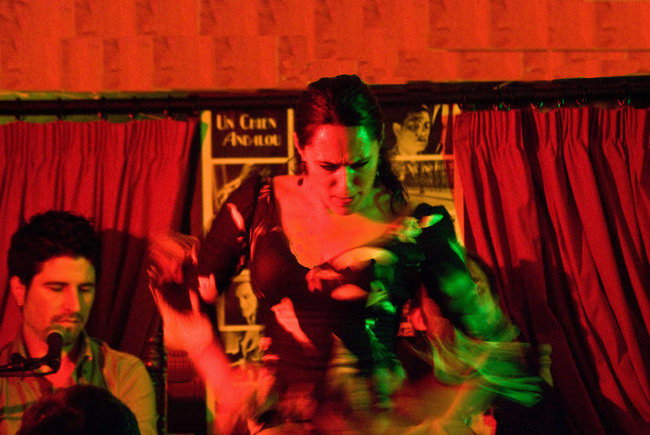 Cafe, Pub Grub
For fans of jazz, acoustic and blues – for the offering here is broader than its name suggests – no visit to Seville will be complete without a night at Naima Cafe Jazz. Situated on a trendy street just off the Alameda de Hercules, this cosy little venue stages nightly performances by local musicians that can be enjoyed for free (although you are welcome to make donations as you see fit). Whilst you’re enjoying the music and the intimate atmosphere, choose a beer from their excellent and well-priced selection, and the friendly staff will be sure to keep them coming.
More Info
Open In Google Maps
2 Calle Conde de Barajas, Sevilla, Andalucía, 41002, Spain
+34653753976
View menu
Visit website
Visit Facebook page
Send an Email
Give us feedback

The spacious square of the Alameda de Hercules is often the stage for live performances of concert-hall quality, especially at the weekends, so it deserves to be on this list along with the bars that surround it. Local groups – as well as street entertainers of every description – simply set up somewhere in the middle and play for an hour or so, and their music can be enjoyed over drinks from any one of the dozens of terraces that line the east and west sides of the plaza. This is a great way of enjoying live music if you’re in Seville as a family, as there is plenty room for kids to play as you watch the bands. 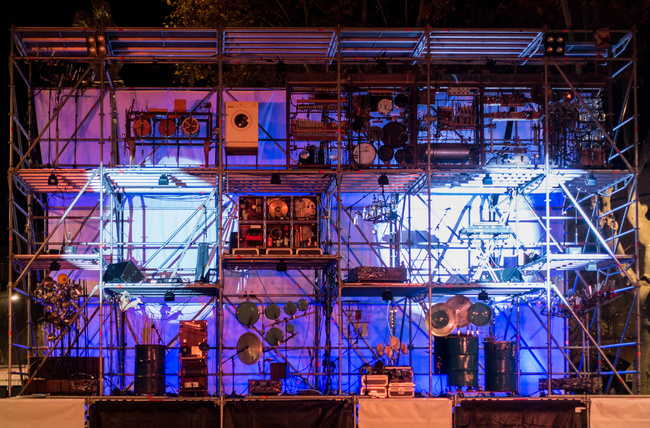 A legend on Seville’s underground scene, La Bicicleteria (which is closed Fridays and Saturdays) is situated on Calle Feria, arguably the city’s scruffiest, most bohemian street. Entry into this tiny and wonderfully odd drinking den is by knocking on a door that looks more like it leads into an abandoned building than somewhere you’d go to hear music. But every Tuesday, usually about 11pm, La Bicicleteria stages live performances by local musicians, who are improbably wedged in amongst the decorative clutter and their audience. Located in a parallel universe to the pijo Seville that surrounds it.