The 8 Most Unusual Museums in Spain 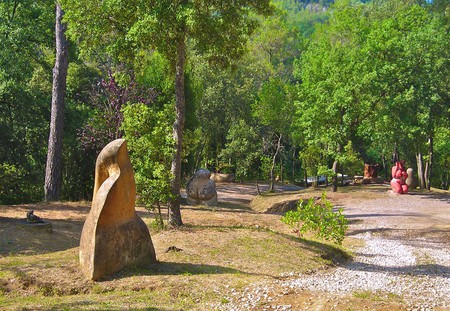 This collection of over 1322 different chamber pots was started by loveable oddball Jose Maria del Arco, more fondly known as ‘Pesetos’ for his elaborate Halloween costume made out of discontinued Spanish pesetas. Since 1980 Pesetos was given, donated, or personally collected pots of all different varieties from glass to wood to metal – each of them relatable to the era and country in which they were made. Since his death in 2011, the town now manages the famous collection which you can find in the historic area of Cuidad Rodrigo next to the Santa Maria Cathedral. If you’re making your way to this lovely city, you’d be potty to miss it…

Museum
Facebook
Email
Twitter
Pinterest
Copy link
Share
Nope, we’re not twisting your melon, man. This totally unique museum is the only one in the world (at the time of writing) to honour the juicy melon and the people who grow it. The town of Villaconejos plays a particular part in melon production. It is home to generations of melon farmers and every Autumn celebrates its very own melon festival – the time of year when historically the farmers would return to the village having spent the last six months out tending to their crop. The museum offers a historical walk through this area’s rich farming heritage as well as a chance for local inhabitants to learn and appreciate the life of their people during those harder times.

Museum
Facebook
Email
Twitter
Pinterest
Copy link
Share
Map View
If you’re looking for kitsch you’ve found it – halfway up a mountain in Alicante. The collection of over 20,000 pairs of shakers belongs to American-born Andrea Ludden, who started her collection from one pepper mill at a garage sale. You’ll never believe the kind of things that have been replicated as shakers: row upon row of historic styles, personalities from real life and TV, old crystal sets dated as far back as 1800s to cooks, donkeys, and even kinetic shakers (whatever they are!)

Museum
Facebook
Email
Twitter
Pinterest
Copy link
Share
Map View
The museum’s town, Zugarramurdi in northern Spain, was the place of one of the largest known witch trials in recorded history. Rumour had it that witchcraft was going on in the nearby caves and there was a woman from the town who was able to fly. The Spanish Government sent in the inquisition who rounded up all the accused, over 7000, including men and children. A total of 53 were found guilty and sent to prison or to their death on a stake. It was decades later that rational-headed people realised what was considered witchcraft was in fact traditional folkloric medicine. This museum, housed in the former hospital, is an ode to the people who died, and the myths and local folklore that make up the town’s history. Well worth a visit to get an understanding of a very specific time in Spanish history.

Museum
Facebook
Email
Twitter
Pinterest
Copy link
Share
Map View
While most museums or galleries won’t let you too near the exhibits, you’ll have no problems at the Museum of Miniatures as every piece is so small it has to be viewed through a microscope. Since 2007, the microscopic pieces of this museum have been donated by artists around the world, all with a talent for the smaller things in life. Whether it’s a camel caravan through the eye of a needle (impressive) to Pinchoccio getting a dressing down inside a peanut (no word of a lie), each of them makes you stop and wonder ‘how did they do that?’

The conquistadors were the first Europeans to discover chocolate when they conquered the Americas in the 15th century, and certainly didn’t waste any time bringing it back to Spain. Located in a former Sant Agustí monastery, this fantastic museum in Barcelona celebrates the history and evolution of chocolate since then. Some of the most fantastic creations in the museum are the chocolate sculptures, including a chocolate-based representation of Ben Hur, Minnie Mouse and even Barcelona’s own Sagrada Familia Cathedral.

While certainly not the only torture museum in the world, this one focuses on the methods of the Spanish Inquisition. This small but well presented museum highlights the vast range of ghastly devices that were conjured up in the name of punishment. From chastity belts, to iron maidens and guillotines, there are over 50 genuine instruments of torture that would have been used on hapless victims to strike the fear of god into anyone daring to cross the church.