Where To Buy The Best Antiques In Barcelona 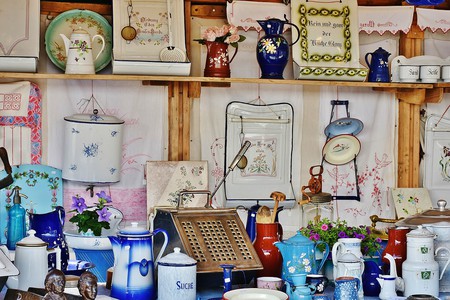 From vintage clothing to retro furniture and good old-fashioned antiques, there are some things you just can’t find on the high-street. While there are a number of antique shops around the city of Barcelona, especially in the old town and around the Cathedral, one of the most popular places to purchase second-hand treasure is at the outdoor markets which pop up each week around the city. Here’s our guide to finding the best antiques in Barcelona.

This is one of the most popular antique markets in Barcelona, located just outside the famous Neo-Gothic Cathedral on the large square that opens up from the Via Laetana. The Mercat Gòtic de Antiguitats takes place every Thursday from 9am-8pm (except during the month of August) and here you’ll find regular traders selling collector’s items, old postcards, coins, silver-ware and relics. Given its location in an area often frequented by tourists some of the traders tend to set their prices high – feel free to barter if you think they’re being unreasonable.

Located just outside Barcelona in the charming town of Sant Cugat del Vallès, the Mercantic is one of the most established antique and vintage markets in the area. Open since 1992, the market is housed in a former ceramics factory and is open from Tuesday to Sunday, although at weekends there are a number of additional traders which appear. Here you’ll find vintage clothing, accessories, furniture, soft furnishings, gadgets and more. There are three restaurants on site too so there’s no excuse not to make a day trip of it. 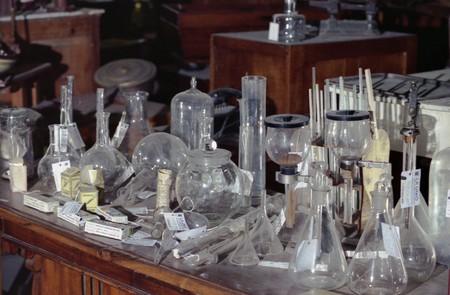 Believed to be over seven centuries old, the Mercat dels Encants is one of the oldest markets of its kind in Europe, and has a long history as an important trading point in the city. Originally the market was mostly made up of second-hand book dealers, scrap metal traders and old-clothesmen, but today you can find fine antiques and vintage furniture just as easily. The market is generally open on Mondays, Wednesdays, Fridays and Saturdays but check the calendar online as there are special opening hours around certain times of the year.

Halfway between an antique store and a market, the Bulevard dels Antiquaris is home to over 70 independent antique traders and art dealers housed under one roof, just off the iconic Passeig de Gracià. Here you will find furniture, paintings, sculptures, archaeology, jewelry, ivories, crystals, dolls, as well as other decorative arts. This is a great place to visit if you’re particularly interested in acquiring antique artwork and more refined collector’s items. 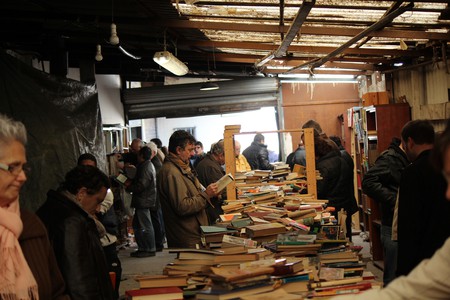 This popular antique market is located just by the waterfront at the Port Vell harbor, near the famous statue of Christopher Columbus, and is open every Saturday and Sunday from 11am to 9pm. The Fira de Brocanters is a great place to find old collector’s items such as coins or stamps, but also vintage memorabilia, glassware, maps and small items of decoration. Given its location it makes for a great end to a Sunday stroll by the sea.

This specialist market is the place to be if you’re looking for second hand books, post cards, maps and other forms of print. Currently housed under a sheltered section of road in the neighborhood of Sant Antoni, the market is due to be incorporated into Sant Antoni market when refurbishment is finished on the original site. Open every Sunday, the Mercat Dominical de Sant Antoni is the most important market of its kind in Barcelona and you can find some rare and valuable items if you know how to look. 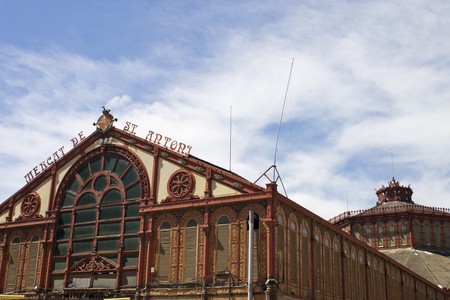 Located in the up-market neighborhood of Sarrià, this is a traditional antique market which appears on the main square, the Plaça de Sarrià, every Tuesday from 9am to 6pm. Given the area’s history as a wealthy part of town there are some great treasures to be unearthed here if you’re lucky. As the Fira de Brocanteurs de Sarrià is slightly further out of town and less well-known than some of the other antique markets in Barcelona, the prices tend to be set more reasonably, but don’t let that stop you offering a lower price if you think it’s right.