The 6 Best Hiking Trails Around Mallorca

© Aina Vidal / flickr
Mallorca is a paradise for walkers, and there are many well maintained and sign-posted hiking paths for all abilities. Whether you are looking for a peaceful amble in the countryside or something more challenging and rigorous (there are two mountain ranges and five peaks over 1000 metres), there is something for everyone. We’ve narrowed it down to six of the island’s best hiking trails – stunning views and scenery guaranteed.

One of Mallorca’s best known walks, this route follows the Torrent de Pareis Gorge from Escorca to the sea and comes out on the sandy beach at Sa Calobra. Not one for the inexperienced (or unfit), this spectacular five-hour hike involves lots of scrambling over boulders, and squeezing through narrow gaps in the huge rocks. There is no easy way out of the steep gorge if you find it too much (and no mobile phone reception) so it is probably best not to try it if you are unsure. A high risk of flooding in the winter means this hike should only be attempted between May and September, though this can also mean sweltering temperatures, so don’t forget to pack plenty of water. 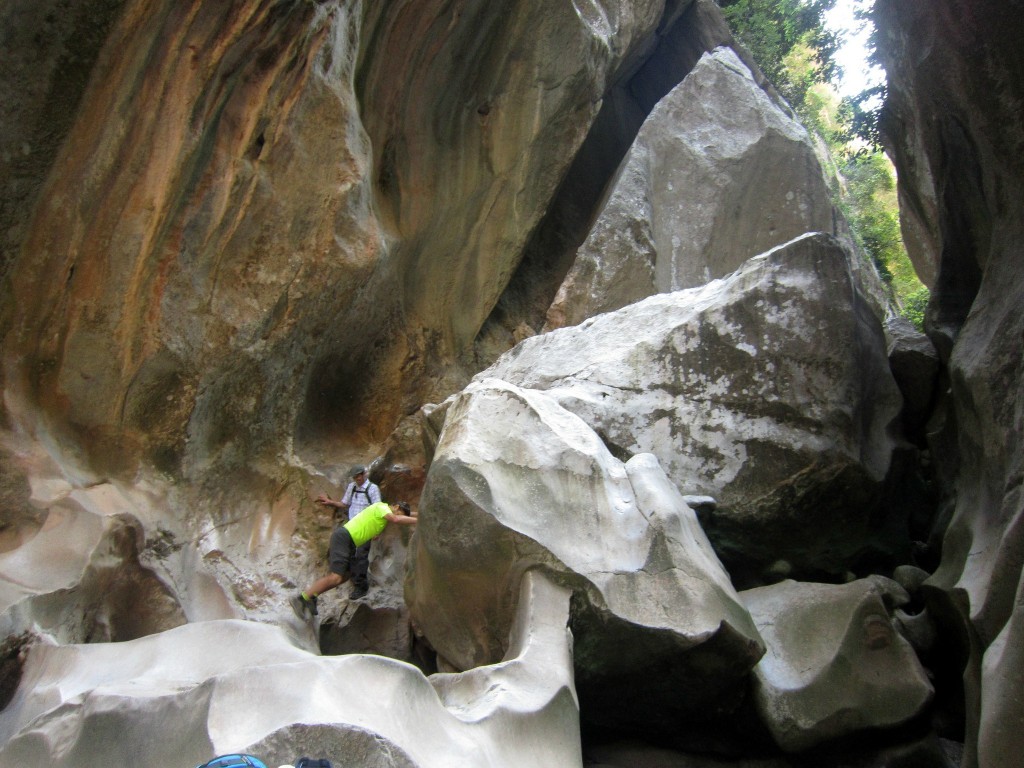 Soller to Surrounding Villages and Coves

Soller is a key area for hiking and there are many fantastic trails starting from the town and surrounding area. There are two-three hour circular routes taking in picturesque villages such as Fornalutz and Biniaraix, where you can stop for refreshments before ambling on. These routes follow the old bridle paths and are both easy walking and incredibly beautiful. For a longer hike combined with a swim there are also many routes along the coast, leading to coves such as Cala Tuent or Cala Deia, where you can catch a boat back to the Port of Soller after some beach time (or after lunch at Ca’s Patro March, the restaurant in Cala Deia that featured in the BBC series The Night Manager). The hike from Soller to Cala Deia takes approximately four hours and is not too challenging.

The Cabrera Islands are a small, uninhabited archipelago around 10km off the south east coast of Mallorca. The main island once housed a prison camp, and was a military base for some time, but is now a protected national park. Boats leave from Colonia de Sant Jordi in high season and with prior permission from the park ranger, there are a number of different hikes on the island, including an 11 kilometre (7 mile) walk to the lighthouse, and a 7 kilometre (4 mile) hike to La Miranda and the caves nearby. The area is a haven for wildlife and there is also a ruined castle, some impressive cliffs and numerous tiny coves.

Puig de Massanella is not the highest peak on Mallorca but at 1364 metres (4475 feet) above sea level, it is the highest accessible peak, and from the top there are spectacular views across the island and to Puig Major (the highest mountain on Mallorca and a military zone). There are a few starting points for the hike up to the peak but the route from Lluc Monastery is a challenging circular route which starts in an oak forest and also involves the option of climbing to the summit of Puig d’en Galileu on the way. Worth the extra slog if you’re up to it. A full days worth of hiking (approximately eight hours), some parts of the trail are very well marked or sign posted and others are much more unclear so a decent map is a must.

This epic 135 kilometre (84 mile) ‘dry stone route’ is the ultimate long distance challenge on the island and runs from Port D’Andratx in the southwest to Pollensa in the northwest, through the Tramuntana mountain range (a UNESCO World Heritage Site). The route is based on a network of ancient pathways and is split into eight stages – some parts are easier walking and better sign-posted than others, and many parts are better done with the help of a guide. As with many of the hiking trails in Mallorca, there are parts of the route that run through private land so it is important to follow the signposted pathway as this is a public right of way. If you feel up to the challenge of walking the whole 135 kilometres, there are refuges at various points along the route, where walkers can re-fuel and spend the night.

The ruins of the castle of Alaró sit on the top of the mountain (Puig d’Alaró), surrounded by steep cliffs, and the medium level hike from the town of Alaró takes around two hours. There has been a castle on this site since Moorish times and the impressive ruins of its most recent incarnation (15th century) seem to cover the whole mountain top. On the way up, you can see right across the plains of Mallorca towards Palma and the sea, and from the top there are incredible views over the Tramuntana mountain range. A very popular walk, this one is best avoided at weekends if you want any chance of having the castle to yourself.