The 11 Most Spectacular Mountain Ranges in Spain 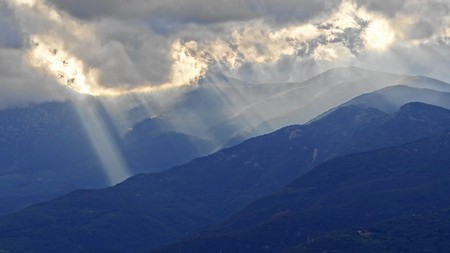 Stretching from the Atlantic to the Mediterranean, the landscape of Spain is wonderfully varied. If you’re a fan of mountain life, whether it’s for winter sports or adventure hikes, there are some truly impressive mountain ranges to be explored in Spain. Here are some of the best ones you really should visit.

One of the most famous mountain ranges in Spain, the Sierra Nevada or ‘Snowy Mountain’ is located in the southern province of Andalusia. Boasting the highest point in continental Spain (3,478 metres above sea level), in winter the Sierra Nevada is a popular skiing destination within close reach of some of Spain’s most beautiful cities such as Granada and Seville. 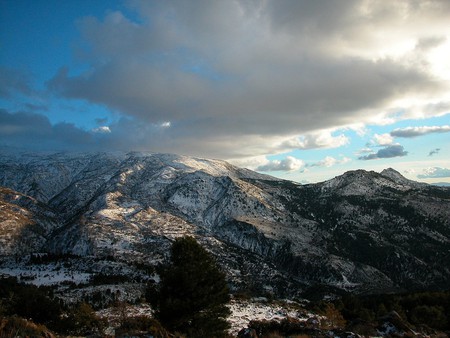 Located on the Balearic Island of Menorca, the Serra de Tramuntana was awarded UNESCO World Heritage status in 2011 for its great physical and cultural significance. In particular, the way local inhabitants have worked with the mountains to develop sustainable agriculture that thrives in an otherwise challenging environment is truly remarkable.

Another of Spain’s most famous mountain ranges, the Pyrenees form a natural border with neighbouring country France, and stretch from Catalonia on the Mediterranean coast to the Basque Country on the Atlantic coast. These mountains are popular all year round, with winter sports being followed by hiking, mountain biking and even mushroom hunting the rest of the year. 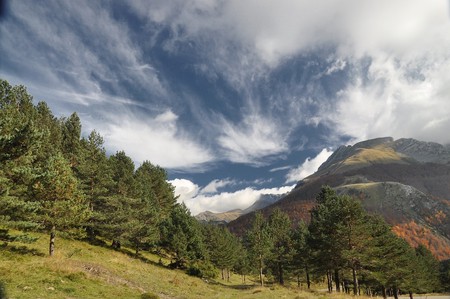 A natural park named a UNESCO Biosphere Reserve in 1977, the Sierra de Grazalema is best known for its limestone landscape with many cliffs, gullies, caves and gorges popular with adventure sports fans. The mountain range is also home to many pueblos blancos or ‘white villages’, groups of whitewashed houses dotted across the area which only add to the scenic quality of the Sierra de Grazalema.

Literally meaning ‘serrated mountain’ in Catalan and when you see Montserrat it’s easy to understand how it got its name. Its unusual shape was formed millennia ago when the land was covered by water and today its ragged edges and curved rock formations attract thousands of visitors each year. 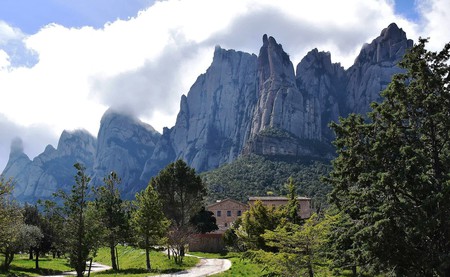 Don’t be fooled: the Sierra Blanca or ‘White Mountain’ is not so called because it’s covered with a blanket of snow. Quite the contrary, it’s the absence of vegetation – resulting in the barren aspect of its limestone mountains – which gave it its name. Located in Andalusia near the Costa del Sol, it stands out against the palm trees and orange trees so typical of the south.

The Picos de Europa or ‘Peaks of Europe’ are believed to have got their name as they were one of the first things sailors would see when arriving to Europe from across the Atlantic. Mostly formed of limestone, the mountains were carved out by glacial systems and are particularly popular with rock climbers. 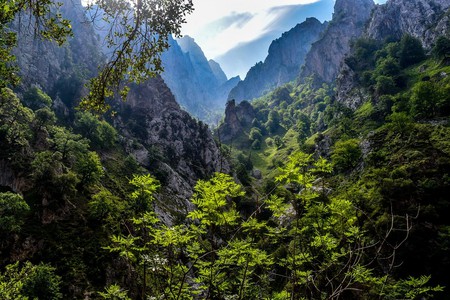 Part of the Central System, a group of mountain ranges spanning from Madrid to Toledo and Extremadura, the Sierra de Gredos is dominated by the Pico Almanzo, its highest point being some 2,592 metres above sea level. The mountain range contains a natural park home to a wide range of flora and fauna including the Spanish ibex, golden eagle and griffon vulture.

Although not particularly large, the Serra de Barbanza is remarkable for its position along the Atlantic coastline, nestled between two rias – a river submerged under sea water – the ría de Muros y Noya and the ría de Arosa. The mountain range is home to a great number of wild horses which can be seen galloping along its green lower slopes. 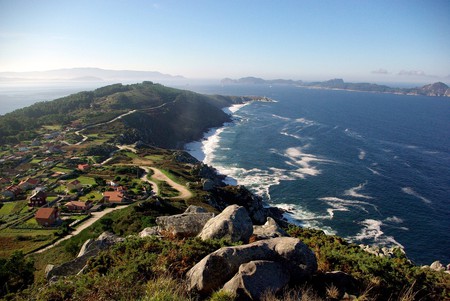 Located near Toledo in the southeastern province of Extremadura, the Sierra de Villuercas – also known as the Sierra de Guadalupe – is an important historic and cultural location. The site of an important battle during the Spanish Civil War, today it is best known for the quality of the cured meats that are made in the area.

The Sierra Madrona is part of the system of mountain ranges known as the Sierra Morena – infamous in Spanish culture for having been home to bandits and thieves in the past. The Sierra Madrona is widely covered by shrub-land home to the plant which gave it its name, the madroño or ‘strawberry tree’. 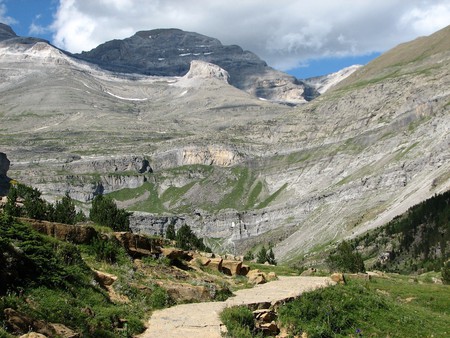 Embark on a hike CC0 Pixabay
Give us feedback