The 10 Most Beautiful Towns in Spain 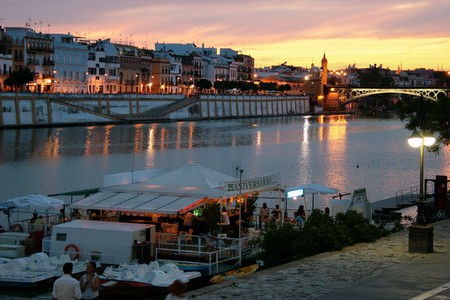 Spain is well known for its endless beaches, islands that compete with the Caribbean or city breaks, like Barcelona, Madrid or San Sebastian. But the country has almost 20,000 villages diverse in architecture, traditions and culture. These are 10 of the most beautiful towns in Spain you really ought to explore. 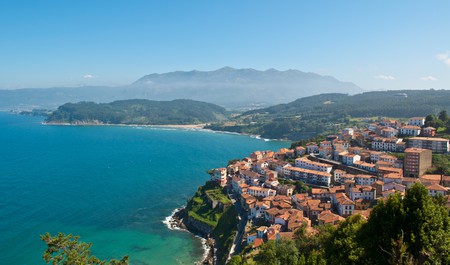 A typical fishermen’s village, Llastres is nested along the rocky Atlantic coast in Spain’s Asturias region. About a 30-minute drive east of Gijon, the largest city of Asturias, Llastres has a population of around 1,000 inhabitants and a long-standing fishing tradition. From the San Roque lookout point, you’ll get some stunning panoramic views of the town built on the hanging cliffs, with the Sueve Mountains as a backdrop. The old town is filled with historic buildings from Palacio de los Vallados to the famous Clock Tower built on a 15th-century lookout spot. Unmissable is the fish auction at the fish market, down by the seaside. Asturias is a rather rainy region, so the best months to see Llastres are from June to September.

Andalusia is filled with emblematic white villages dotted around the countryside, and Frigiliana is one of the best-kept ones. Settled on the side of a mountain, east of Málaga, the medieval town is a postcard image of Arab architecture. The old town is preserved intact and displays a typical Moorish center, with a labyrinth of steep, winding alleys climbing the hill and white buildings adorned with colorful flower pots. The 9th-century Moorish Lízar Castle perched on top of the mountain is another vestige of the region’s past. 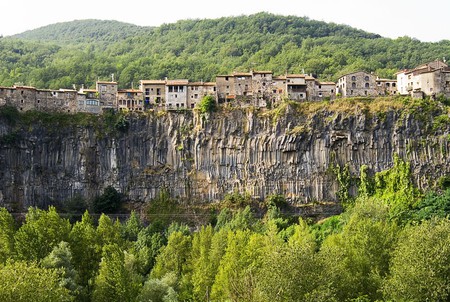 One of the most photographed spots in rural Catalonia, the town of Castellfullit de la Roca is set on a narrow basalt cliff at the foot of the Pyrenees mountain range. The unique shape of the cliff is due to the erosion of the two surrounding rivers, Fluvià and Toronell, on the remains of the cooled volcanic lava thousands of years ago. The medieval town is tiny, with less than one square kilometer to walk on, due to the confined space up on the 50-meter-high cliff. The volcanic-rock houses blend with the Renaissance-style buildings on the narrow pathways of this eye-catching town.

Located on the Cantabrian coast, this old fishermen’s town offers breathtaking views of both the sea and the mountains. San Vicente de la Barquera was built on the estuary of the river Gandarilla, with houses on both sides, connected by a 15th-century stone bridge. Dating back from the Roman times, it was fortified in the 8th century, when the castle was built as well as a fortress. Part of the Oyambre Natural Park, the town is steeped in the lush nature and surrounded by water on all sides. The Picos de Europa mountain range in the back looks like a massive guard for the fishing town. San Vicente also counts with several kilometers of beaches, among which is the ‘blue flag’ Merón beach. 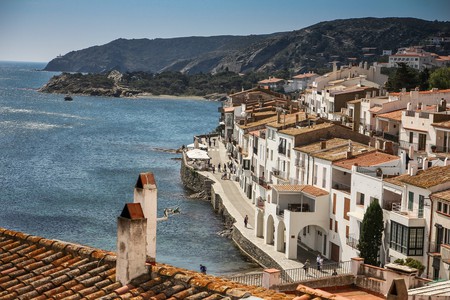 Although far from Andalusia, Cadaqués is another picturesque white village in Spain, located on the Mediterranean rocky coast. Part of the Cap de Creus Natural Park, the town is accessible only through a narrow road, which is probably why its old charm is still intact. Well known as the place Salvador Dalí visited often and important to his artistic career, it has today a sculpture of the painter in the town center, in front of the sea. The back cobblestone alleys, the stairs going up and down, and the Cuban-inspired houses make the unique charm of this small Mediterranean port town. Walking into the sea, along the rocky shore line, you’ll get a spectacular view of the white town and the colorful boats rocking on the beachfront.

The medieval town of Alcalá del Júcar was a Moorish settlement built into the mountain. Its houses are carved into the rocks, and several built-in caves have the peculiar feature of being able to preserve a constant temperature year-round, a necessity in the hot summer Spanish days. The ruins of an Arab fortress, dating back from the 12th century, sit on top of the canyon, with well preserved houses going up towards it. The ruins are another reminder of the Moorish past, just like the town’s name, Alcalá, which means ‘fortress’ in Arabic. The bullfighting arena has an irregular shape, unique in Spain, and is one of the oldest in the country. Some of the best views of this charming town are from across the neighboring river.

Typical for many Asturian coastal towns, Cudillero sits on the side of the mountain facing the sea. The legend says it was founded by Vikings, but the earliest mention of it was in the 15th century as a fishing village. The main attraction are the town’s colorful houses, stretching out in a semi-circle around the bay, with a backdrop of deep green hills. Get immersed in the local culture and watch the fishing boats come back home in the evening, with the day’s catch. The taverns in the old town serve the fresh fish and seafood captured by the locals. A short stroll from the town center, the lighthouse sits on the cliff’s edge from where you can see the town of Cudillero and the impressive Atlantic Green Coast. 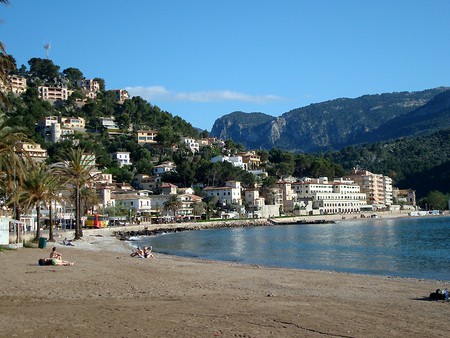 On the northeast coast of the island of Mallorca sits the town of Sóller and its port. It is connected with the capital Palma through a historic 1912 train, which passes through orange and lemon orchards and olive-tree hills on its one-hour ride. The town square, with its imposing church, trees, open-air cafés and mountain backdrop, is one of the most beautiful of the island. The port of Sóller has an almost-circular shore where you can soak up the sun while the aroma of the orange blossoms that mixes with the sea scent. Catch-of-the-day grilled fish with garlic sauce and freshly squeezed orange juice from the local production are the town’s gastronomic delicacies.

Naturally isolated between natural parks and mountain ranges, the medieval town of Mogarraz preserves the traditional architectural style and keeps the old traditions alive. The town is located in the western part of Castile and Leon, towards Portugal, and has a bit more than 300 inhabitants. Mogarraz has a distinctive urban layout, with influences from the Arab and Jewish worlds, and houses with timbered bars and symbols carved in stone. The town’s artisanal tradition is widely known throughout Spain and abroad, especially for the jewelry work, traditional costumes and rustic embroidery. Strolling through Mogarraz, you might spot a few of the 14 water fountains scattered throughout the village, dating from 1600. 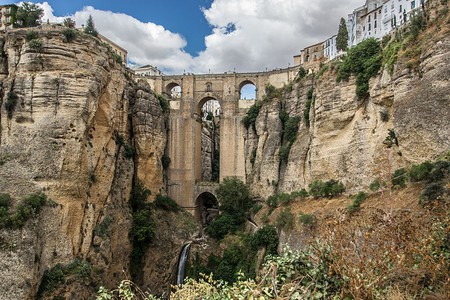 Dramatically set above a 120-meter-deep canyon, the town of Ronda, near Málaga, Andalusia, is made up of two parts; the old Moorish settlement and the 15th-century town. In the 18th century, they were connected by a stone bridge, Puente Nuevo, to form today’s Ronda. The town is filled with history, from the Moorish and Spanish architecture, to the massive Moorish city walls and hammams. Ronda’s baths were built at the end of the 13th century and are the best preserved in Spain. A walk down into the gorge along the Camino de los Molinos will offer a stunning view of this grand town and its monumental bridge. 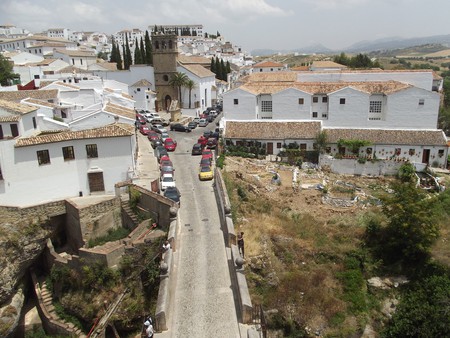 For more beautiful places to visit away from the tourists, read our article on secret towns in Spain.