The 10 Most Beautiful Points Of Interest In Andalusia 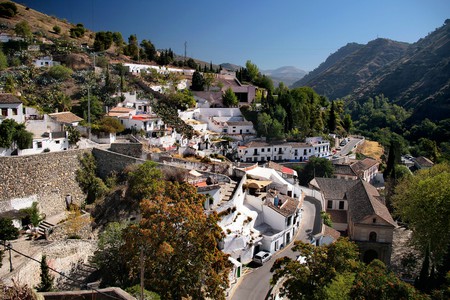 With its curious mishmash of Moorish majesty and Roman relics, rustic Spanish charm and indelibly beautiful back country, where mountains tower above gushing rivers and canyons carve through the ground, it’s hardly surprising that Andalusia remains one of the most visited regions in Iberia. Here’s a look at 10 of the most eye-wateringly wonderful points of interest you’ll find in Andalusia.

Threading its way beautifully along a dusty sandstone ridge above the verdant riparian lands of the Guadalete Valley, the town of Arcos de la Frontera is something like Andalusia’s answer to Greece’s Santorini. Its houses and church spires glimmer bright white beneath the sun, while the organic brown tones of the city’s Castillo are what crown the hilltop. Arcos was an 11th-century Moorish stronghold captured by the Christians in 1250 and formed one of the focal points of defense along the medieval frontier lines between the caliphates and crusaders (hence the suffix, ‘de la Frontera’). 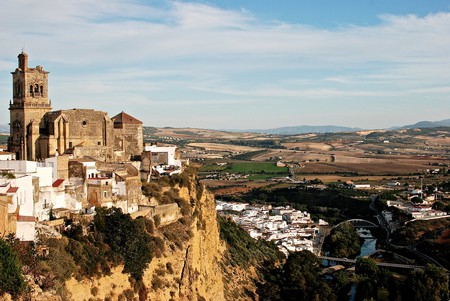 Set amidst a sea of olive plantations, swaying barley fields and clusters of pretty poplars and pines, beneath the rising ridges of the Sierra Nevada (tipped with drifts of snow throughout the winter), Alhama de Granada is a town primed for the postcard shot. The centre is perched on the edge of a sheer gorge, which adds a dash of natural drama to the sleepy cobblestone squares and folksy tapas joints touting tortillas and Fino wines. Nearby, the Alhama River meanders its way slowly towards the coast in the south, criss-crossed by lichen-speckled Roman bridges and hugged by the occasional bubbling hot spring. 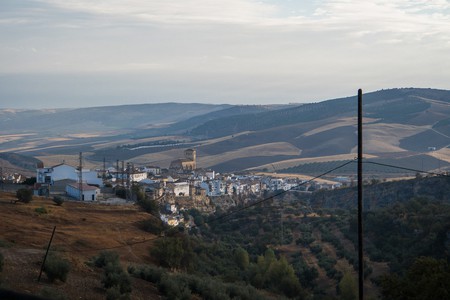 A long-time favorite of day-trippers out of the sun-kissed beach resorts that cluster around Malaga and Marbella, Mijas offers a hit of traditional pueblos blancos (white towns) charm without the need to delve too deeply into the heart of the Andalucian back country. Boasting sweeping views over the rolling blue of the Mediterranean Sea and a dramatic perch on the dusty plateaus of the Costa del Sol, the historic side of town, known as Mijas Pueblo, presents oodles of tight-knit walkways and aromatic tapas joints beneath its canopy of red-tiled roofs, while the municipality’s other half, Mijas Costa, throbs with water-sports and the ubiquitous Anglo-come-Spanish bars. 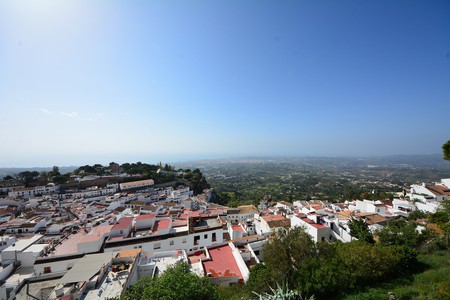 A dash of dazzling white across the verdant ridges of the Sierra de Grazalema Natural Park, Gaucin has been the source of inspiration for poets, painters and artists since it was first discovered by mainstream travelers sometime in the middle of the 19th century. Until then, this little town’s tight-knit web of shady streets and whitewashed cottages was rustic Andalucia untouched. That bucolic character still oozes indelibly today, between the sleepy squares and hidden restaurants, through the sylvan swaths of cork plantations and chestnut trees, in every detail of the vistas that roll out on all sides, from the wild Cordillera Subbetica in the north to the outline of Gibraltar far in the south. 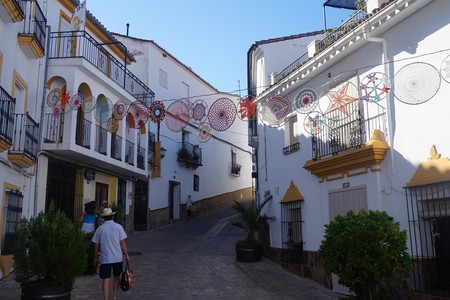 Cut through by the chiseled faces of the El Tajo canyon, Ronda stands proudly atop a series of bluffs in the very depths of Malaga Province, between the rising ridges of the Sierra de Grazalema and the pine-clad reaches of the Sierra de las Nieves. It’s a town that bursts with historical interest from the get go, throwing out arched Roman bridges, wonderful arabesque architecture, and the oldest bullring in all of Spain (the Plaza de Toros de Ronda). It’s also adorned with the enthralling maze of streets that is the La Ciudad, where Mudejar minarets tower above dusty alleyways and the Gothic frontispieces of the Church of Santa Maria la Mayor alike. 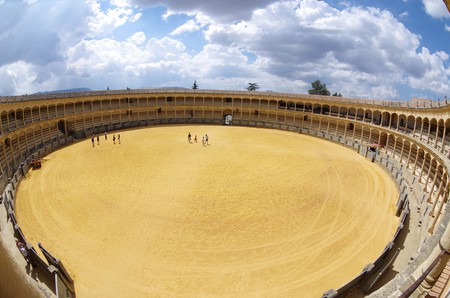 Cascading elegantly down the southern edges of the Sierras de Tejeda some 30 miles east of Malaga, Nerja juts its way out above the scintillating shore waters of the Mediterranean Sea in a blast of shimmering, perfect white. Touched by the shaping hands of Roman, Moor, Christian and modern-day seaside tourism, the town now juxtaposes crumbling aqueducts with chic condominiums and Mudejar architecture with the bubbling mix of coffee shops, seafood restaurants and sunbathing spots that coalesces on the Balcony of Europe promenade. Don’t miss the nearby Caves of Nerja, where human remains dating back more than 25,000 years have been discovered. 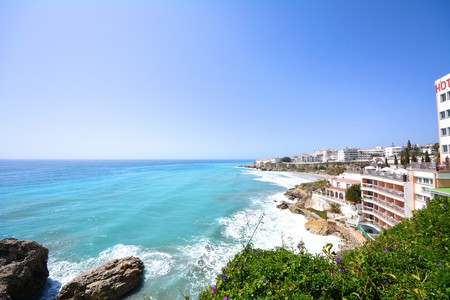 Set deep in the Alpujarras valleys of eastern Andalucia, La Taha de Pitres is the very image of rustic southern Spain. Small, sleepy and compact, the centre is a bucolic conglomeration of rough brick pueblo cottages and lonely, leaning church spires, encompassed by alluring groves of chestnut trees and oaks and the occasional Mediterranean pine. All around, hiking trails wind their way further into the hills, the snowy tips of the Sierra Nevada loom and the creak of farmers’ wagons mingles with the occasional click of footsteps moving between the adobe homes. 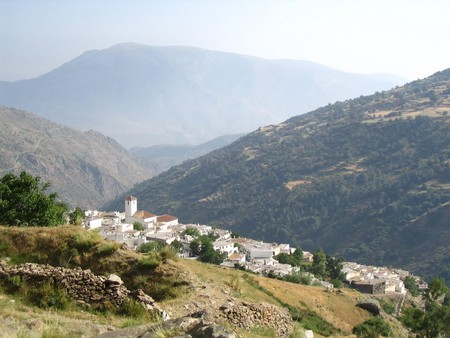 Draped perfectly over a series of three hilltops immediately north-west of Malaga, the Pueblo Blanco of Alora bears the marks of ancient Greek (the Phoenicians first made their home here with that soaring hilltop fortress), Roman, Goth and Muslim Moor alike. The town itself is a postcard-perfect image of a traditional whitewashed Andalucian settlement, finished off with dashes of terracotta red, criss-crossed by swaying washing lines and dotted with the occasional sun-kissed plaza where al fresco tapas joints spill out onto the corners in a medley of super-fresh olives and regional broths. 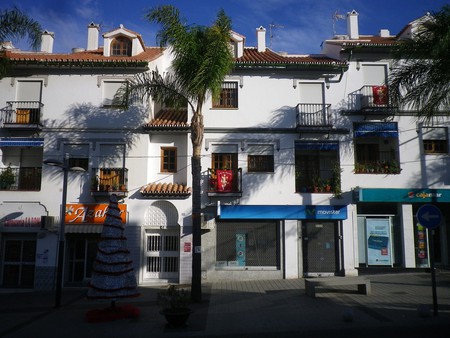 Zahara de la Sierra sits spiked with its Game of Thrones-esque keep, protruding from a craggy backbone of rock in the dusty backcountry of Cadiz Province. It’s hailed as one of the most breathtaking pueblos blancos in the region, boasting a dramatic perch on the side of a mountain amidst the rugged foothills of the Sierra del Jaral, awash with winding cobblestone streets and dotted with enchanting sites like the pretty, painted Santa Maria de la Mesa Church and the whitewashed Torre del Reloj, oozing at every corner with Andalucian-come-Moorish charm, a remnant of the Muslim rulers who dominated these lands until the early 13th century. 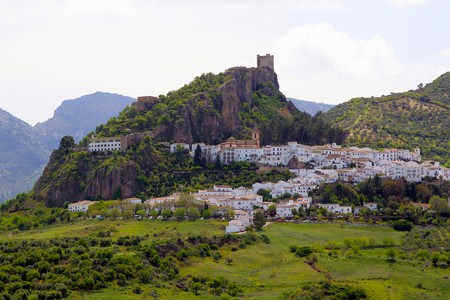 Nestled in its very own mountain enclave at the heart of its eponymous natural park, the little town of Grazalema is one of the few urban spots to grace the wild interior of the Sierra del Endrinal. Famed for its natural setting and startlingly white veneer, this one is encompassed by swaths of impossibly green Spanish firs and oodles of untouched meadows which bloom into kaleidoscopic life with the coming of spring. Between the narrow streets of the centre, hanging baskets can be found filled with azaleas and bold rhododendron, while the Plaza de Espana is ringed with lively little eateries and the Iglesia de la Encarnacion dominates with its charming spire. 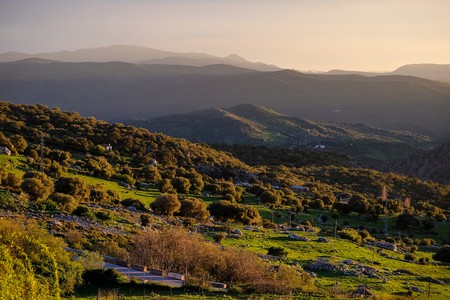 Looking for beautiful sea and sand? Read our article on the best beaches to visit in Andalusia.