The Most Beautiful Parks And Gardens In Valencia

©Joanbanjo/Wikicommons
The city of Valencia, as a Mediterranean capital, is well known for its pleasant temperatures and sunny days. With very mild winters and long and warm summers, the city calls people to enjoy the day out in the open. Here are our recommendations for a walk around the parks and gardens of Valencia.

Situated near the Torres de Quart, the Botanic Garden is one of the most important green areas, from a biological point of view, in Valencia. Part of the University of Valencia, it contains a large range of rare and endangered species of Mediterranean flora. Due to its calm ambience and its educational purpose, it is a perfect place to go with children. The garden also holds different cultural events for the adult public (courses, exhibitions, conferences, and so on). It is open every day of the week, from 10am to 6pm or 9pm, depending on the season. 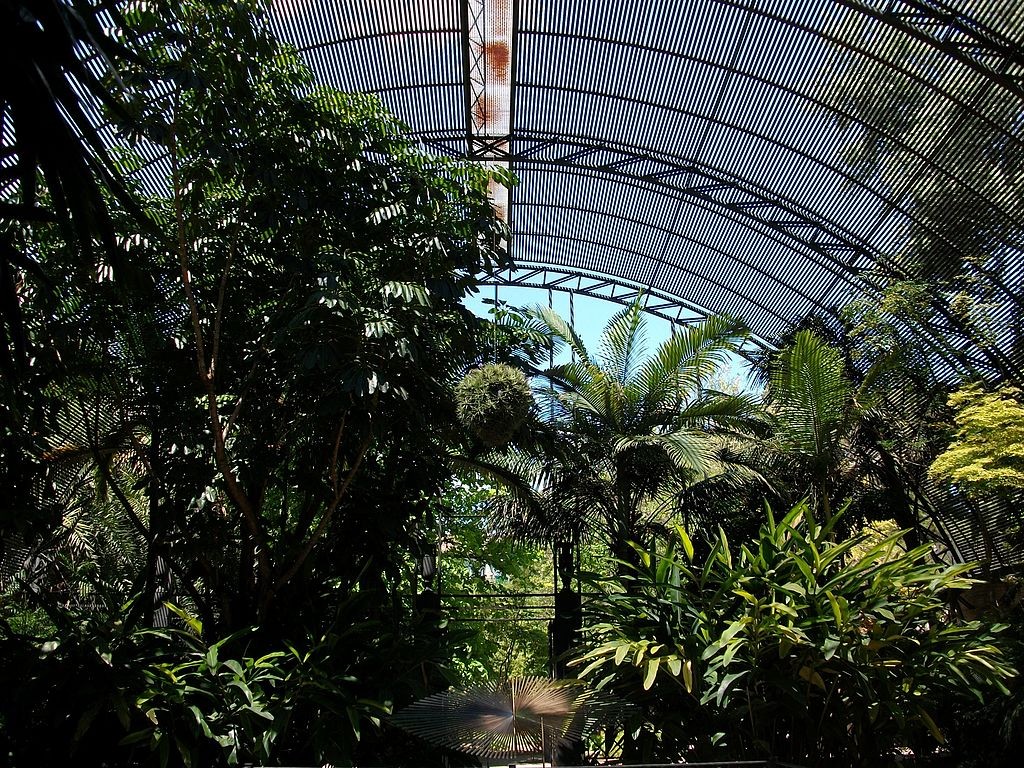 Close to the Botanic Garden is the Jardín de las Hespérides, a small public garden. The name of the garden recalls Greek mythology: during the 12 labors of Hercules, the hero has to steal golden apples from the Hesperides. The garden, divided in two main parts, serves as a stage to narrate this Greek myth, while also paying tribute to Valencian agriculture, with many citrus fruit trees and the acequias (the irrigation canals that Spaniards got from the Arabs). 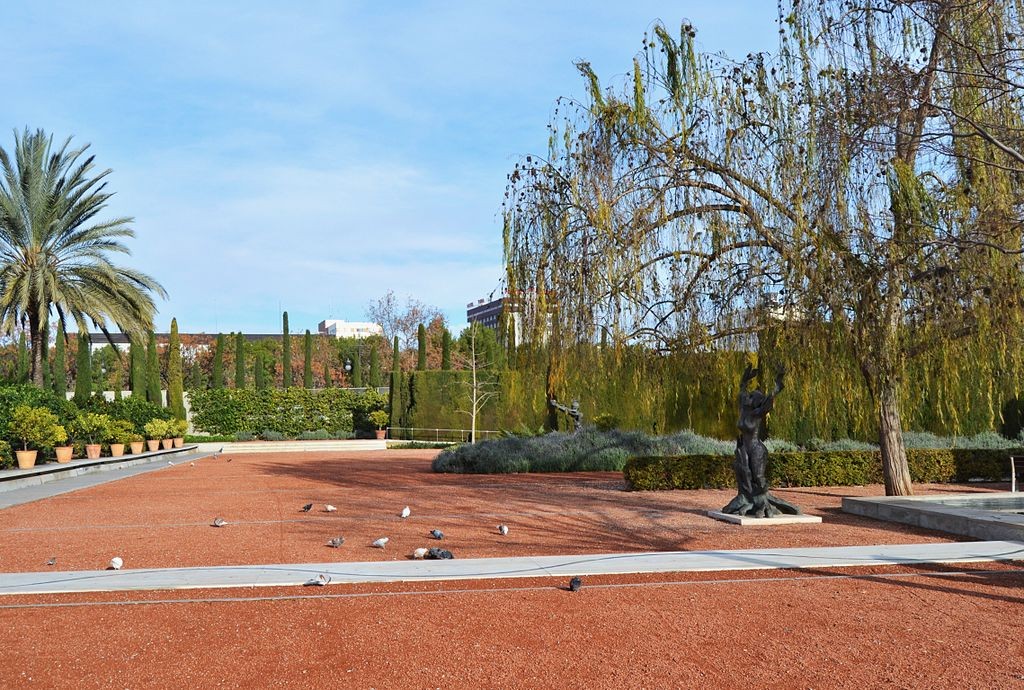 Located in the neighborhood of Orriols, a walk around this park lets visitors discover a lesser known district of the city. Here you will find a gardened area, in the shape of an L, full of banana trees, Japanese cherry trees, cypresses, white mulberries and Japanese Acacias. The big playground is perfect for kids, and the exercise area includes a public swimming pool. A trip to this park provides a great excuse to discover the nearby Monasterio de San Miguel de los Reyes or the Levante football pitch. 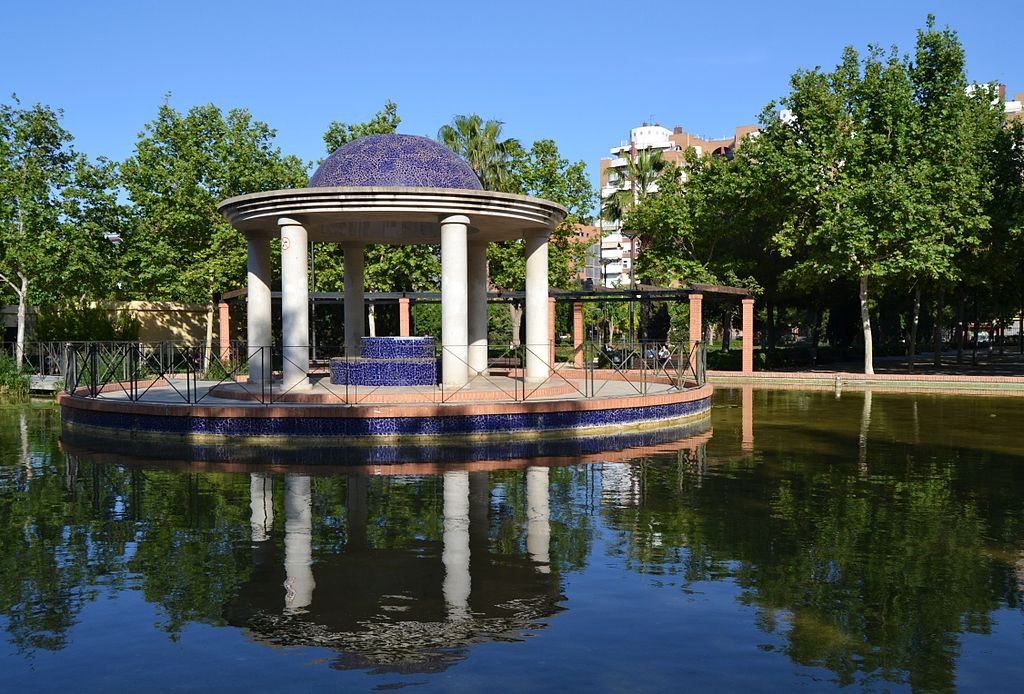 The Jardín the Polifilo, in the neighborhood of Beniferri, is another example of a garden conceived both for agrarian purposes and to tell a story. In this case, the garden recreates The Dream of Pholiphilus, a romance from the 15th century by Francesco Colonna. To reproduce the romantic atmosphere of this medieval drama, the park is separated in three main squares, each with different inspirations. Visitors can see different paths that lead to small corners, a pond with an island in the middle, a labyrinth, and all sorts of treasures. The intimate ambiance can be appreciated all at once from the small hill in the park. 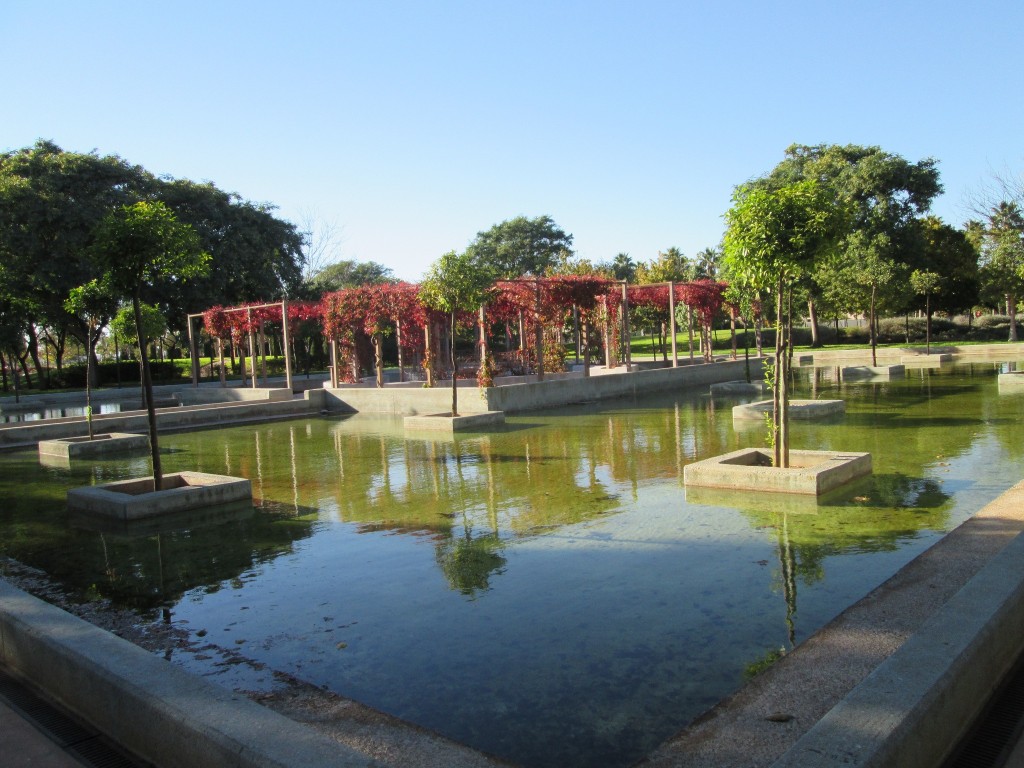 Conceived as the royal gardens of the city, from the period of the Arab conquest until its downfall in the 14th century, nowadays the Jardines de Viveros are some of the biggest public gardens in Valencia. Rebuilt and expanded over decades, they don’t have a main attraction, but by walking around various charming areas can be discovered: the ruins of the ancient palace, a pond with ducks and swans, and a big green area to walk around. These gardens are also the spot where different concerts, fairs and events are hold during the year, and the home for the Museum of Natural Sciences, where different dinosaur skeletons are exhibited. 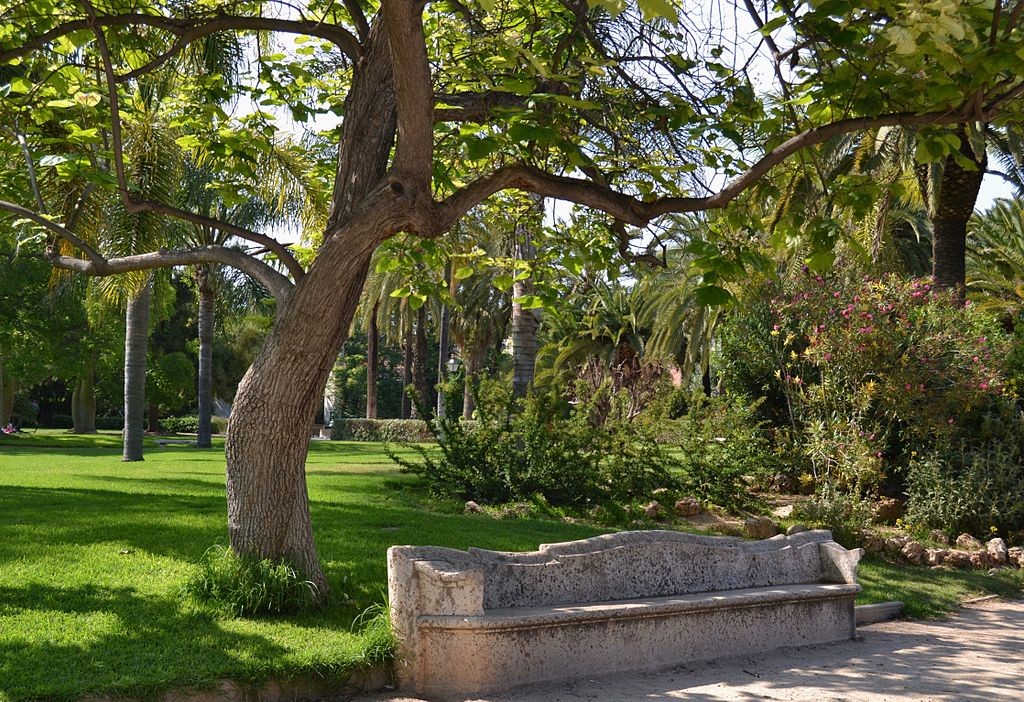 The Jardines de Monforte is a small, green spot very close to the big Jardines de Viveros. It is an intimate garden with French neoclassical inspiration mixed with a Mediterranean touch. Despite its small size, it is divided in different areas: at the entrance, different sculptures and a geometrical shape garden can be found, at one of the sides, there is a bench area covered by a colorful arch of flowered trees, and at the back there is a pond and a little hill. Its beauty doesn’t go unnoticed and is the setting of a large number of marriages: don’t be surprised if you see brides and grooms taking pictures before the wedding. 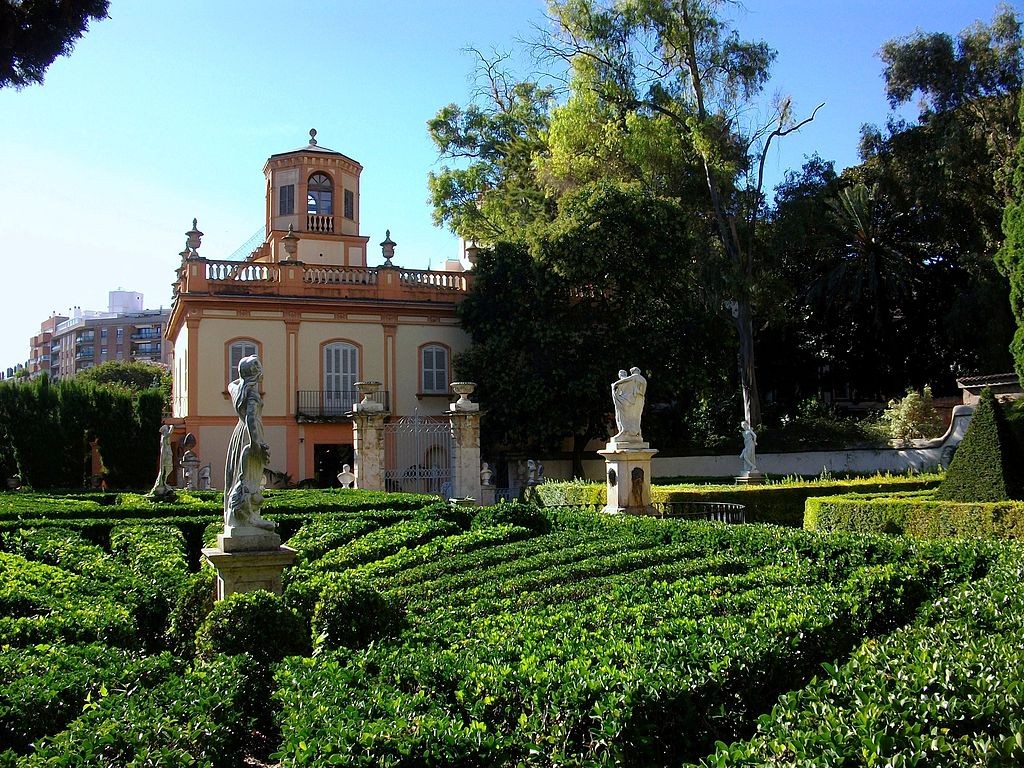 Situated in the south of the city, this park was created along the ravine, or rambla, that was used as one of the main systems of irrigation in this area. Following this preservation of the local agrarian heritage, the park uniquely recreates different agricultural habitats. There is an aquatic garden, a Mediterranean garden, a ravine garden, a palm grove and a garden screen. In addition, the park has a playground for children and various exercise facilities. 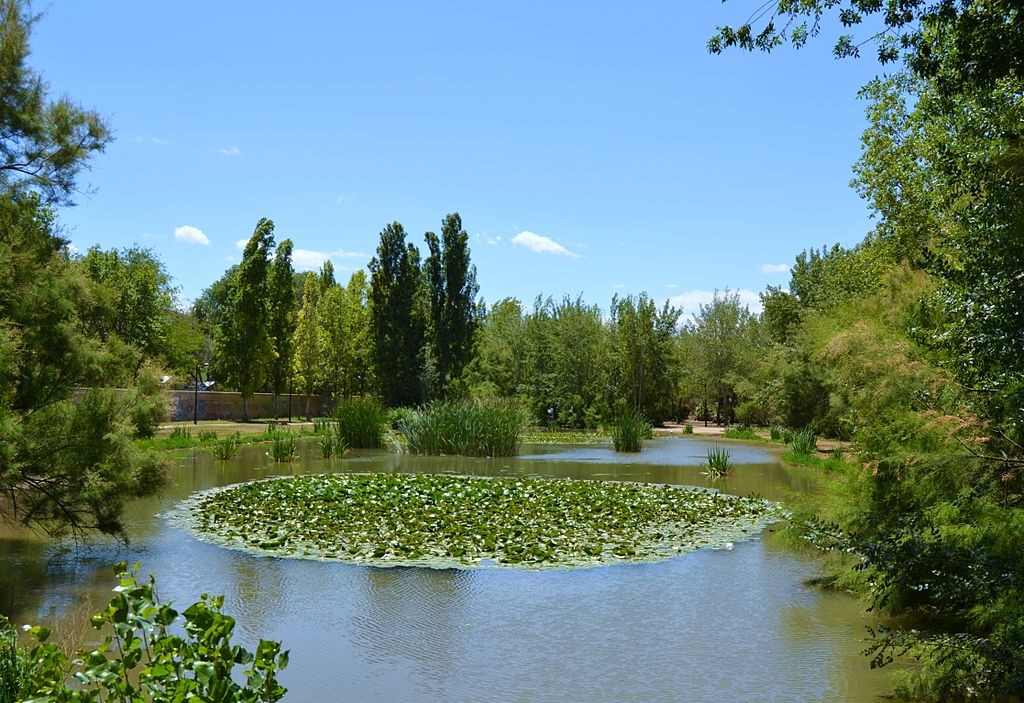 The Jadín de Ayora, situated next to the Ayora metro station, is a perfect example of a private garden from the 19th century. Built by an aristocratic Valencian family, the garden has retained much of its old grandeur. The central piece of the garden is the modernist palace, now a nursery school, which is located inside the garden. Around the building is the actual park, full of palm trees, orange trees, bushes, and some play areas for children. 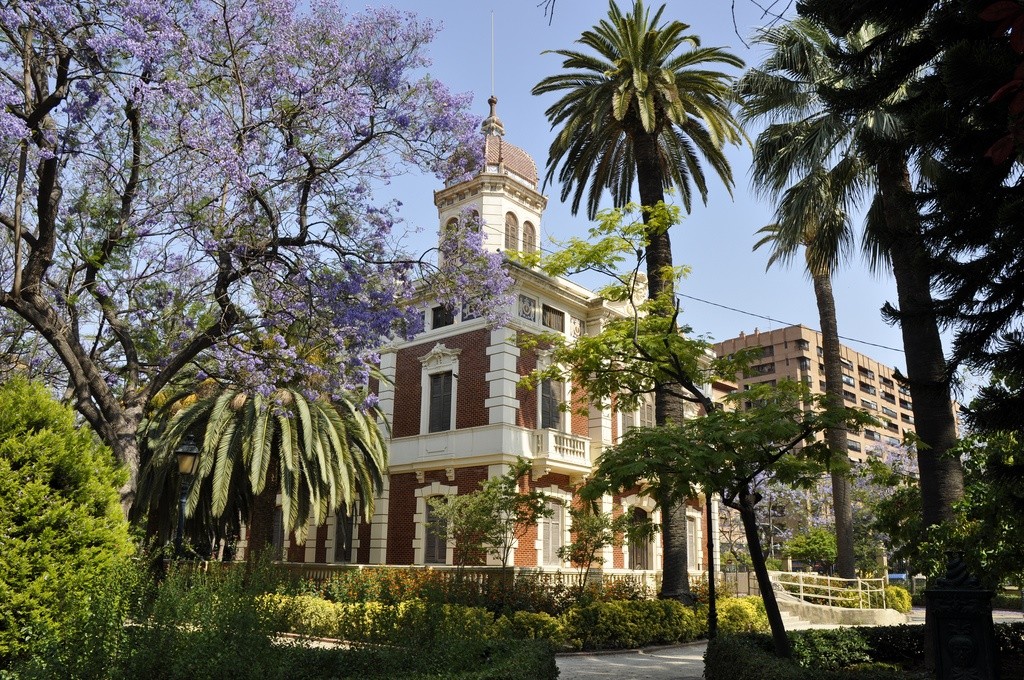 This is one of the biggest gardens in the city, and also the one with the most peculiar story behind it. Everyone that visits Valencia for the first time is confused by the fact that this is a city with a river but no water, just trees and buildings. After the 1957 Valencia flood, it was decided to re-route the river, so the old bed of the river, no longer of any use, was converted into a big park. Because of its shape, it is a perfect area to do some running or biking. There are also many fascinating buildings alongside it, such as The Music Hall, the City of Arts and Sciences, and the Gulliver Park. 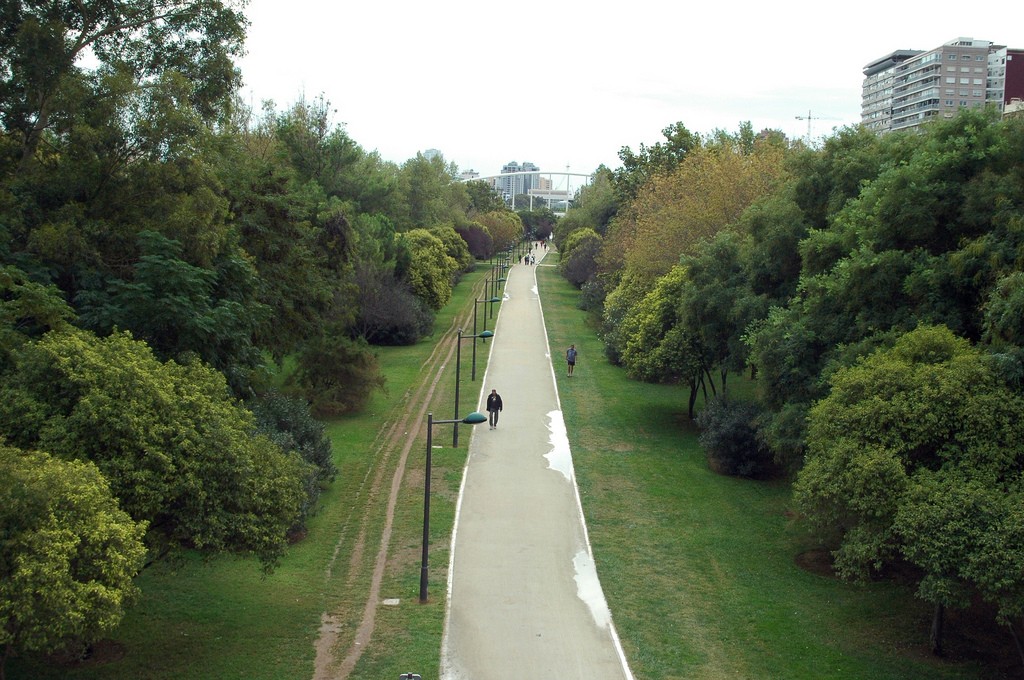 This park is located at one end of the Parque del Rio Turia, at the outskirts of the city. It is divided into three main areas: the Lookout Hill, the Riverbank Woods, and the Bioparc. From atop the hill, there is a beautiful view of all of the park and part of the river bed. The Riverbank Woods has a big pond where boats can be rented, and the Bioparc, separated with a fence from the rest of the park, is home to the new zoo of the city, with a large variety of animals living in good conditions. 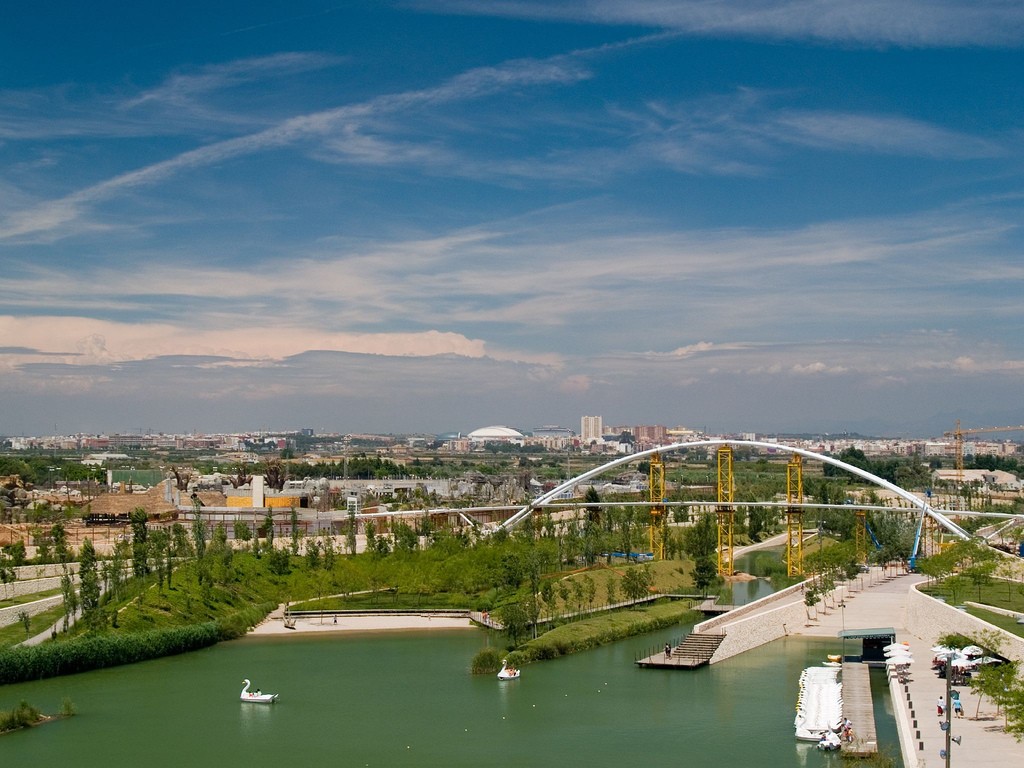