Native English language speakers are known to be persistent monolinguists, but if you’re looking to defy that, here are 10 of the easiest languages to learn.

Given the number of native Spanish speakers around and the relative ease in which native English speakers can learn Spanish, the 75 percent of American adults who are not bilingual have a ready-made method of fixing that. Although Spanish and English are different branches of the Indo-European language family (Romance and Germanic, respectively), they share a very significant amount of vocabulary, and they have very similar verbal tense systems. Plus, Spanish is spoken by about 500 million people in 20 countries (making it the second most common native language in the world), and plenty of Spanish words have already worked their way into English. Don’t be nervioso, get a Spanish Duolingo account today. 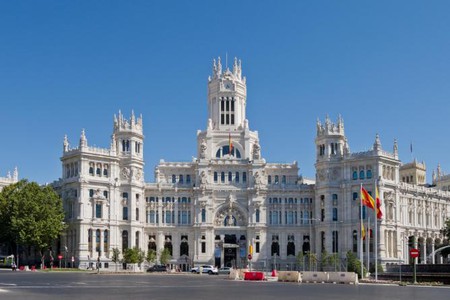 An American listening to spoken Dutch will have the slight feeling they’re hearing an incomprehensible version of their own language, as the sounds in the two languages are in many ways very similar. It makes sense because Dutch is one of English’s closest relatives in the Germanic family. Like English, it contains many loan words from Romance languages, so much of the vocabulary will be familiar. Dutch is spoken natively by about 22 million people in the Netherlands, Belgium and a number of former Dutch colonies, but you might have a hard time finding a partner to practice with – the Dutch are some of the best non-native English speakers in the world, with many speaking American English without a discernable foreign accent.

English is not that closely related to French, which is a Romance language, but it took on a lot of vocabulary and pronunciation from French, beginning in 1066 with the Norman conquest of England. The Normans spoke a language very similar to French, and their control over the country eventually had the effect of pushing Old English into Middle English, which, while still quite challenging, is far more decipherable than its predecessor. Learners of French will undoubtedly have problems with various aspects of French, like the spelling and pronunciation, but with a basic knowledge they will able to navigate the 29 countries where it is an official language. 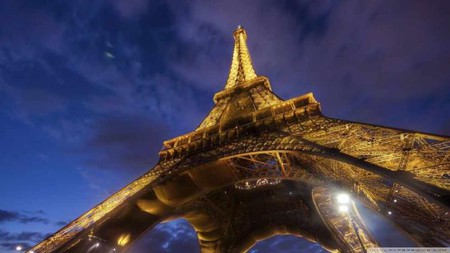 Tour Eiffel, as they say in Paris | © bobmyers/Pixabay

Swahili is certainly not the easiest language on this list, but it is an excellent example of how even languages with no relation to English can still be fairly easy to learn. Unfortunately, much of the relative ease in which English speakers can learn Swahili is in many ways due to the years of contact Swahili-speaking people in southeast Africa had with slave traders and colonizers. The language took in many English loanwords along the way, making this lingua-franca of Southeast Africa an easier one to pick up than most for the English speaker who is only just brave enough to venture out of the Indo-European cocoon.

The Scandinavian languages, including Danish, Norwegian and Swedish, make up one language continuum that is very difficult to split into separate languages. Of the three, however, Norwegian is the easiest to understand for speakers of the other two; Danes and Swedes can generally understand each other with some difficulties. They are therefore all equally difficult (or easy, as the case may be) for English speakers, as they are all Germanic languages, and like English, they have all lost the grammatical cases that can drive people who learn German insane. Much of the vocabulary will be recognizable with a little thought, and once you learn it, you’ll be very comfortable in the Nordic countries — unless you cross the border into Finland, where they speak a very difficult and completely unrelated Finno-Ugric language.

Romanian may not jump out as an easy language for native speakers of English at first, but there’s a reason for having it on this list. Because of that French influence, Romance languages are generally quite easy for English speakers to learn — and although Romania is deep in the heart of the Slavic world and has historically been close (for better or worse) with the Hungarians and their Finno-Ugric tongue. Although it may seem like a sort of language island now, it was once connected to the rest of the Romance language world through the now-extinct Romance languages of Dalmatian and Istro-Romanian, which were once spoken in and around what is now Croatia. 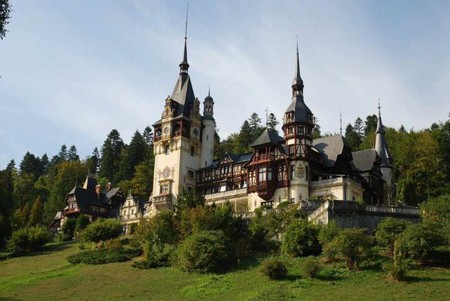 Peles Castle, one of the many wonders that awaits you in Romania | © Tihomir/Pixabay

People who have spent hours trying to get down the German cases may bristle to see it on this list, but German’s close relationship to English makes it a shoe-in here. It’s not for the biggest language-phobe, as it does have grammatical cases, which affect which form the articles take. However, there are only four, compared to six in Latin, seven in Czech, and 18 in Hungarian. German, as the most widely spoken native language in the European Union and a widely used language of research and science, is an extremely useful language to learn.

Portugal once had a great empire, which would eventually give the language 215 million native speakers and make it the fifth most widely spoken language in the world. While in writing it looks very similar to Spanish, the two sound wildly different when spoken, and are not mutually intelligible. English speakers will still be able to recognize many of the words, however, giving them a step up when they start to study it. The varieties of Portuguese spoken across the world, particularly in Portugal and Brazil, differ quite significantly, although not to the point of obstructing understanding. African Portuguese speakers generally tend to speak versions of the language closer to Standard European Portuguese.

Indonesian and its very close cousin Malaysian are another couple of surprising inclusions on this list. It is, however, one of the top 10 most widely spoken languages in the world, as it acts as a lingua franca for all of the diverse people of Indonesia, the fourth most populous country in the world. Many factors make it relatively easy to learn — the Dutch loan words picked up over centuries of colonization, the Portuguese loan words picked up over centuries of trade, and the relative simplicity of the grammatical system. This is the perfect option for a more exotic language that still won’t take years and years to reach a level where you can communicate.

Of all the Romance languages, it is perhaps no surprise that Italian’s vocabulary is most similar to Latin. The language in that peninsula wasn’t always so united, however. Before Dante wrote down his vernacular version of Latin, which was Florentine Italian, there were different dialects all across the area. After Dante, the Florentine version became accepted as the standard, and it is the descendant of that we study today. Of all the major Romance languages, Italian is lexically closest to French – one of the reasons it’s relatively easy for English speakers to learn. Another, most likely, is how enjoyable most people find it to listen to.