The 10 Best Things to Do in Spain 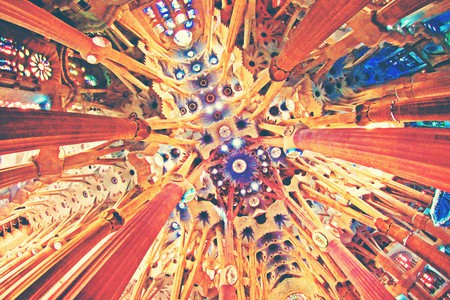 Spain is a fascinating country to explore, from its lush landscapes and majestic mountains to its rich history, culture and cuisine. Whether you’re a history buff or a culture vulture, here are ten of the best things to see and do in Spain.

The grand fortress overlooking the city of Granada was described by Moorish poets as “a pearl set in emeralds” for the colour of the buildings contrasted against the lush woods that surrounded them. One of the best examples of Moorish architecture in the world, the palace features intricate mosaics, marble fountains and the stunning Generalife gardens. After the Christian reconquista, the fortress became the royal court of King Ferdinand and Queen Isabella, and it was here that Christopher Columbus received royal endorsement for his expedition to the New World. Set aside a full day to explore the complex and make sure to book tickets well in advance.

Close to Granada and forming a picturesque backdrop to the Alhambra is the Sierra Nevada mountain range, home to Europe’s most southerly, and highest, ski resort. It contains the highest point in mainland Spain, Mulhacén, which reaches 3,478 metres (11,411 ft) above sea level. You could start the day flying down the pistes and end it soaking up the rays along the nearby southern coast. The Sierra Nevada Ski Station has 105km (65 miles) of alpine ski runs and the season can last from November until early May. 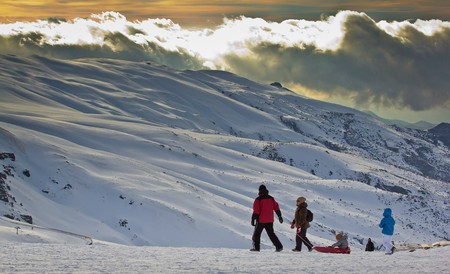 The barren landscapes of Mount Teide, on the Canary Island of Tenerife, look more akin to Mars than a popular Spanish holiday island. The towering 3,718 metre (12,198 ft) peak is the highest point in Spain and remains an active volcano (it last erupted in 1909). The volcano and its surroundings make up the Teide National Park, a Unesco World Heritage Site. The clear skies and high altitude made the volcano a prime location for the Teide Observatory, founded in 1964 as one of the world’s first international observatories. 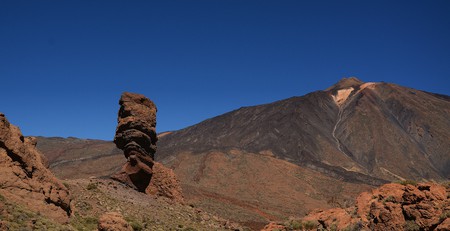 The Tabernas desert, in the southeastern province of Almería, is Europe’s only desert, its arid climate making it the driest area on the continent. Its other-worldly landscape has appeared in dozens of Hollywood films, especially Westerns, when the Spanish desert stood in for the American wild west. Today, you can visit Oasys Mini Hollywood, a Western-style theme park on the set built especially for Sergio Leone’s For a Few Dollars More in 1965. The Good, the Bad and the Ugly was also filmed on the set and when filming finished, some extras on the film bought the set and ran it as a tourist attraction. It is still used for filming, such as for a recent episode of Doctor Who.

The city of San Sebastián in the northern Basque Country is famous for its beautiful beaches and its surfing and water sports, but above all for its pintxos, the Basque take on tapas that involves bar tops full of tantalising morsels, many of them balanced on a bit of baguette and held in place with a tooth pick (hence the name – pincho is Spanish for ‘spike’). The city’s old town and its welcoming, bustling bars is a foodie mecca, with each bar offering dozens of pintxos, as well as cooked to order raciones (sharing plates) displayed on big blackboards. Dive in to the experience and don’t be afraid to elbow yourself to the bar, as these places get very busy. One of the best foodie experiences Spain has to offer.

The Spanish capital is full to bursting with incredible art galleries, from the classic Prado Museum to more contemporary offerings popping up every week. But if you only have time to see one thing in Madrid, make it Picasso’s haunting depiction of the bombing of the Basque town of Guernica by German planes during the Spanish Civil War, in the Reina Sofia museum. The painting is celebrating the 80th year since its completion in 2017 and remains as relevant as ever, its powerful anti-war message ringing just as true today.

Architect Antoni Gaudí’s unfinished masterpiece towers over Barcelona and is one of the country’s biggest tourist attractions. That in itself, and the jostling crowds it brings to mind, might put you off visiting, but don’t miss out on seeing this modern architectural marvel in the flesh. Construction began in 1882, featuring Gaudí’s signature whimsical take on Catalan modernism. It is expected to be finished in 2026, the centenary of Gaudí’s death. While in Barcelona, you can visit some other Gaudí designs including Parc Güell and La Pedrera. 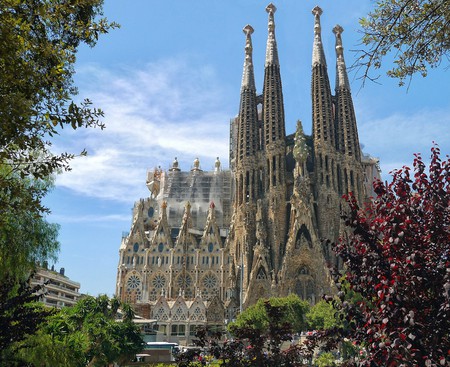 The Camino de Santiago, or the Way of Saint James, was one of the most popular Christian pilgrimage routes during the Middle Ages, as people walked across northern Spain to visit the remains of Saint James, held in Santiago de Compostela. Today, the tradition remains strong, with hikers, cyclists and pilgrims embarking on the journey that culminates at the stunning Cathedral of Santiago de Compostela. People usually stay in pilgrims’ hostels along the route and many carry the scallop shell, long the symbol of the Camino de Santiago, its grooves acting as a symbol of the many different routes pilgrims take that all lead to the same point. 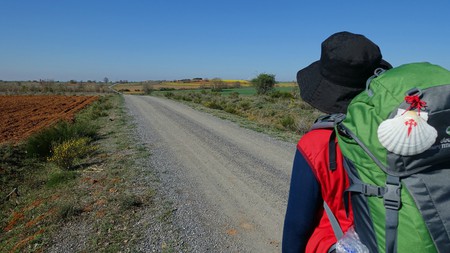 A surprisingly little known fact: the Cathedral of Valencia lays claim to housing the true Holy Grail, the vessel from which Jesus drank during the Last Supper. It is said the chalice, which has been dated as having been made between the 4th century BC and the 1st century AD, was used by the early popes who succeeded St Peter. Pope John Paul II celebrated mass with the relic in 1982, while Pope Benedict XVI also used the chalice during mass in 2006.

Supposedly the cup JC was sippin' at the last supper. #holygrail

The Spanish island of Ibiza, located in the Balearic Islands in the Mediterranean Sea, is world-renowned for its party atmosphere. It is home to some of the world’s biggest and most famous clubs and attracts the best DJs during its summer season. The White Island, as it is known, had a pioneering role in electronic music and today, its main nightlife hubs are Ibiza Town and San Antonio. But away from its hedonistic image, the island is also home to beautiful beaches, countryside and villages. Large areas of the island, including its capital, Ibiza Town are Unesco World Heritage Sites. 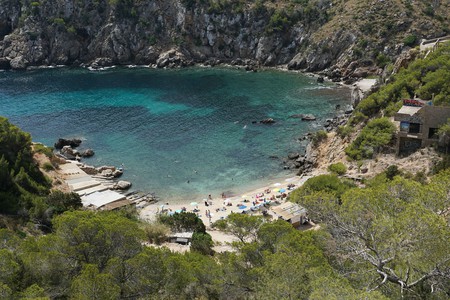 Ibiza beach | ©strecosa/pixabay
Give us feedback