The 10 Best Things to Do in Barcelona in Spring 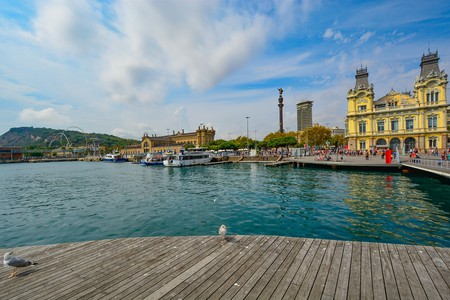 If there’s something to do in the Catalan capital whatever the time of year, the spring is when Barcelona bursts into life after the often quieter winter time. From a full program of cultural activities to sporting events and more, here are some of the best things you really should make time for when visiting Barcelona in spring.

Held annually in the month of March, the Barcelona Marathon – currently known by its sponsor’s name, the Zurich Marathon of Barcelona – is the city’s biggest running event. The route goes past some of Barcelona’s most iconic monuments such as the Sagrada Família, the Plaça d’Espanya, and the beach, meaning there are some great spots from which to encourage participants.

Known as ‘the day of the book and the rose’, Sant Jordi’s Day is the local equivalent of Valentine’s Day and sees lovers exchange books and flowers. Started in the last century by a book merchant in Valencia, the tradition has become Catalonia’s most romantic celebration of the year and takes place on April 23 in towns and cities across Catalonia. It is also credited with being the origin of World Book Day which is celebrated on the same date. 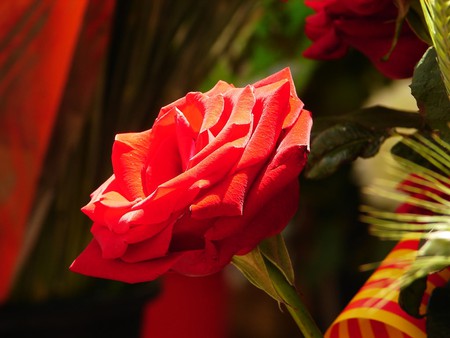 The biggest electronic music festival in the world by some accounts, Sónar is a week-long event which sees the biggest DJs of the world take to the stage in Barcelona. Sónar by Day is held in the Fira de Montjuïc and has more of a chilled atmosphere, while at nighttime the party moves on to enormous Fira Gran Via on the outskirts of the city, where some 10,000 music fans share the dance floor.

In recent years Barcelona has firmly established itself as a European design capital, thanks to the opening of the brand new Design Museum in the up-and-coming Poblenou district, as well as the growing success of Barcelona Design Week. The event features talks, workshops and exhibitions by local and international designers, as well as other professionals in the industry. Some 20,000 people attended last year’s event which took place in various locations around the city. 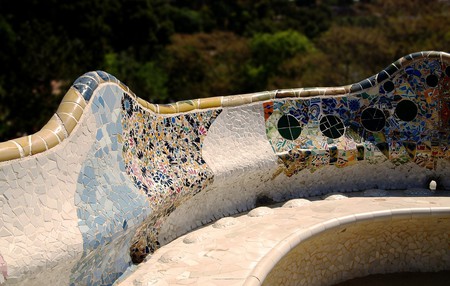 Barcelona has a history of great designs | © Pixabay

The week running up to Easter Monday is known as Semana Santa, or ‘Holy Week’, here in Spain and is a major religious and cultural celebration. Aside from the traditional church services there are also parades across the city, including Palm Sunday when children are given paper palm leaves. Be sure to try a slice of the traditional Mona de Pascua, or Easter Cake, historically made with boiled eggs inside but these days more likely to contain chocolates and feature pictures of Disney characters.

Branded the biggest craft beer festival in Spain, the Barcelona Beer Festival features more than 450 different beers from around the world. The event, which lasts two days, costs €7 to attend and works with a glass and token system, with beer tastings costing €1 each. This is a great way to try local and nationally brewed beers and there are dozens of volunteers on hand to help make recommendations and guide you through the festival. 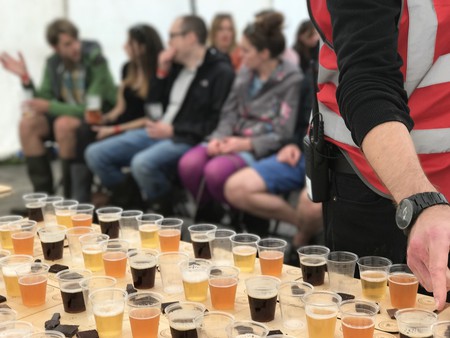 Following in the steps of Berlin, where the tradition started in the 1970s, the Night of the Museums offers visitors to attend Barcelona’s museums for free one night in May. Designed to give everybody the possibility of visiting these important cultural institutions, the Night of the Museums sees thousands of visitors and over 80 museums take part each year. If the museums tend to be crowded given the event’s popularity, it’s a fun way to see them in a different context as they stay open until late at night.

A rather singular event, the ‘Dancing Egg’, or L’Ou Com Balla, is a tradition which dates back to the 17th century and consists on placing a small egg upon the waterspouts of fountains in notable places across the city. The event is held on the Day of Corpus Christi in the Christian calendar, and is said to represent the cycle of Christ’s life. For visitors it’s a chance to see certain parts of the town usually closed to the public and to observe a rather unusual performances as the little egg ‘dances’ in the water.

The city’s premier festival dedicated to the documentary films, DOCS Barcelona celebrated its 20th edition in 2017 and saw over 90 productions take part from 30 different countries. The festival lasts 10 days, and alongside the main screenings includes events such as Docs & Wine, combining documentary films and wine, as well as masterclasses and open tables with directors. There’s also Doc-U, a section of films made by university students, and even Docs & Teens for younger viewers.

This is worth looking out for if you have a sweet tooth: the Sant Medir festival is a local celebration which involves a parade of people throwing sweets and candies at passersby. Known locally as the ‘sweetest celebration’, there were a reported 60 tons of sweets handed out in recent editions. The procession is formed of people on carts being pulled by horses as they make their way through the streets of the Gràcia neighbourhood. 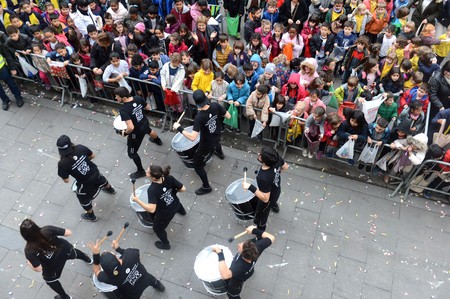 The Sant Medir celebrations | © Ajuntament Barcelona
Give us feedback