The Best Restaurants in Girona, Spain 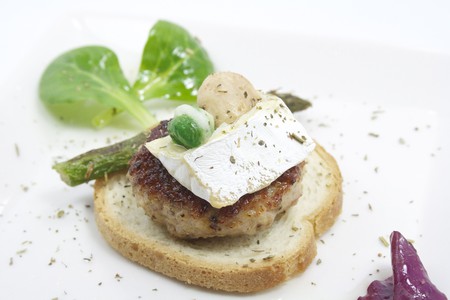 From Michelin-starred fine dining to rustic paella joints and cheap-and-cheerful tapas bars, Girona is home to twice-ranked World’s Best Restaurant, El Celler de Can Roca – and so much more.

The medieval city of Girona – just up the coast from Barcelona in northern Catalonia – might be small, but it has firmly established itself on the international food scene. The charming walled city is home to the legendary three-Michelin-starred El Celler de Can Roca, which has twice been named the best restaurant in the world. It was also the setting for Ferran Adrià’s legendary El Bulli. Fine dining aside, Girona’s food scene has everything from old-school Catalan dining rooms to lively tapas bars. Here’s our top pick of restaurants in Girona, Spain. 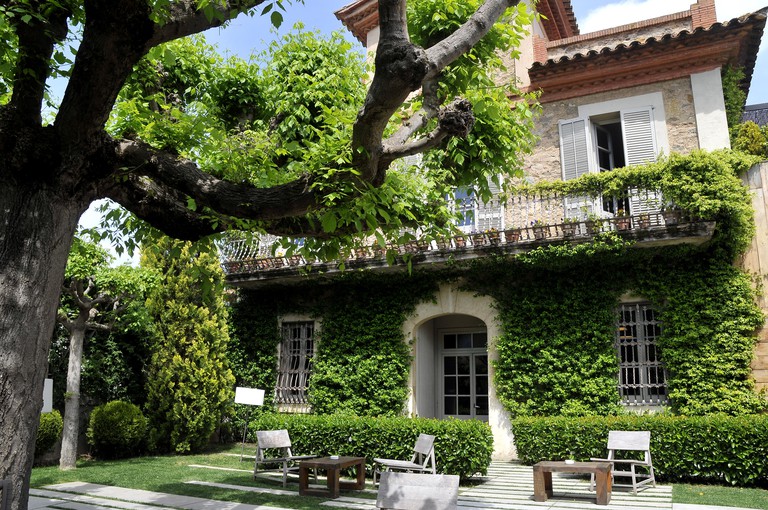 © Rosmi Duaso / Alamy Stock Photo
This three-Michelin-starred restaurant, twice voted best restaurant in the world, is renowned for its playful dishes and cutting edge techniques that pay homage to classic Catalan cuisine. There is an element of theatre to every dish, exemplified by its signature dishes: caramelised olives suspended from a bonsai tree, liquid nitrogen-frozen calamari crackers and truffle bonbons. The restaurant – opened in 1986 by the Roca brothers – is now so sought-after that reservations open up to 11 months in advance. With the booking line open for just one hour each month, it’s not one for a last-minute trip, but those who really plan ahead will be rewarded. 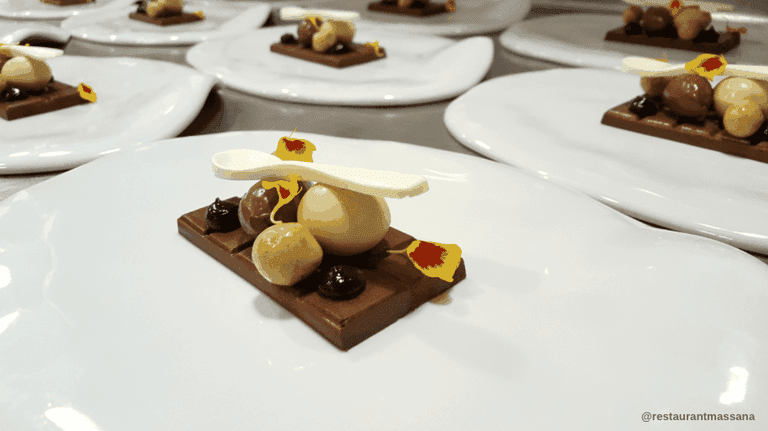 Courtesy of Restaurant Massana
For Michelin-starred dining without the waiting list, visit Massana – a family-run restaurant in the medieval quarter. Headed by self-taught chef Pere Massana, the restaurant was awarded a Michelin star in 2007 for its experimental Catalan cuisine with global influences. Expect rule-breaking combinations, contemporary techniques and meticulous plating – with flavours such as duck foie gras chocolate, yuzu cucumber and guacamole ice cream – on the menu. You can opt for the gourmet tasting menu or go à la carte.

Locals rave about the food at Divinum for good reason. Housed in a historic building in the old town, it’s owned by Joan Morillo and Laura Tejero, who studied under the El Celler’s Roca brothers. In the airy, elegant dining room, visitors can tuck into creative Catalan dishes made with locally sourced seasonal produce, paired with the finest local wines. Go for the tasting menu, which is reasonably priced for this calibre of the restaurant – or let Joan recommend some dishes. Just don’t miss the tuna tartare with mango gelato or the artisan cheese board. 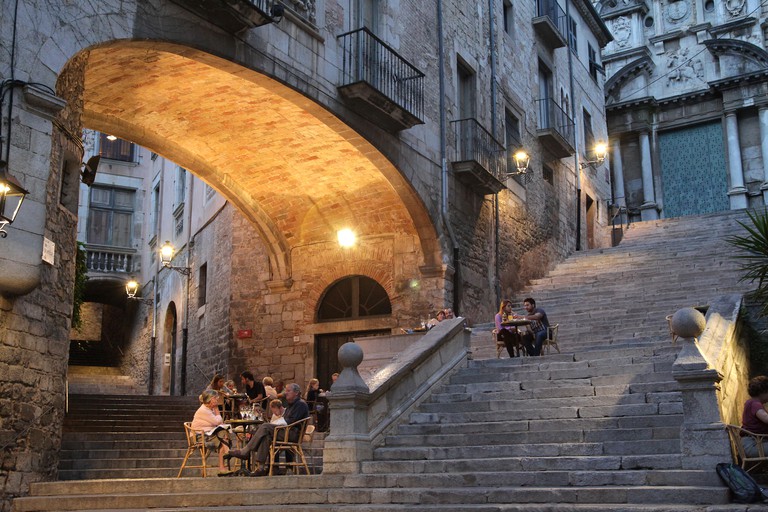 © Peter van Evert / Alamy Stock Photo
When it comes to location, you can’t beat this classic bistro, which spills out onto the ancient steps leading up to Església de Sant Martí Sacosta – a 17th-century church and former convent. Founded in the late 70s, it has long been a favourite among locals who come for its diverse menu of French-Catalan cuisine with a twist. Try their pizzas de pagès, made using traditional Catalan pagès bread and topped with local meat, cheese and vegetables. Inside, the decor is rustic and cosy but the romantic terrace is the place to sit.

L’Alqueria is the place to come for paella and traditional Catalan rice dishes, all in an unpretentious setting. The specialities here include arròs negre (rice cooked in cuttlefish ink) and fideuà (paella with noodles instead of rice) – but it’s also a great place to devour fresh fish and seafood in general. The cod fritters, baked sea bream and tuna tartare come highly recommended. Book in advance: this place is popular with locals as well as visitors.

If you’re dining on a budget, this lively taverna provides an affordable taste of local cuisine. The bar is piled high with pintxos (hunks of crusty bread with toppings secured with skewers), allowing you to sample a variety of regional specialities for just a few euros. Think garlic prawns, cod omelette, ox cheek terrine and chorizo. Prop yourself up at the bar – which is usually packed by 8pm – and fill up your plate. Zanpanzar doesn’t take reservations, so avoid peak times if you want to guarantee a spot.

This quirky, family-run restaurant – with mismatched furniture, fairy lights and colourful tablecloths – is hidden away on a little street close to the cathedral. Here, you can tuck into dishes such as watermelon and mint gazpacho, jamon and figs on toast and cannelloni with apple aioli, all part of the reasonably priced set menu – which includes wine or beer and has plenty of vegetarian and vegan options, too. Ask for a table next to the window at the back for magnificent views of the Onyar River while you eat. 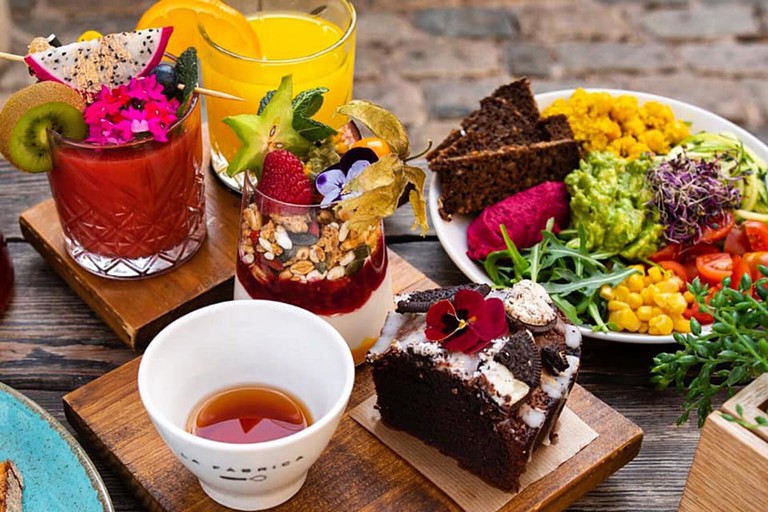 Courtesy of La Fábrica Girona
Run by professional Canadian cyclist Christian Meier and his wife Amber, this eccentric café in the Jewish quarter is one of the city’s most popular spots for hearty Catalan brunches and lunches. The exposed stone walls, incandescent lights and hanging bicycles make this roomy cafe feel intimate and cosy. Fill up on artisan torrades washed down with local craft beer, before an afternoon of exploring. Be sure to grab a sticky cinnamon bun and speciality coffee for the road.

This is an updated rewrite of an article by Esme Fox.

That’s food sorted, but what else? Check out our rundown of the best bars in Girona, before reading our guide to the reasons you have to visit at least once in your life. Looking for a place to stay? Check out the best luxury hotels in the city or opt for one of the top boutique stays; you can even book your room with Culture Trip. Cap your Girona holiday with a visit to one of the finest spa and wellness getaways in the city.