The Best Hotels in Córdoba, Spain, for Every Traveller 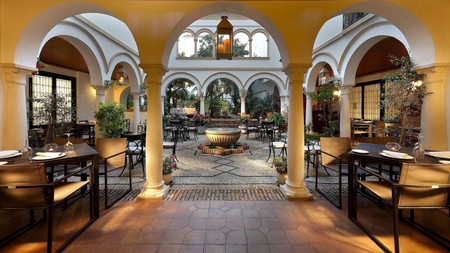 Córdoba, formerly the largest city in Europe, has one of the richest histories in Spain. The centuries have left an abundance of fascinating sites to experience, from the ancient Alcázar fortress to the mighty Mezquita mosque-cathedral. You can explore a labyrinth of medieval lanes, as well as a thriving dining scene and buzzing nightlife. But where to stay? We’ve picked out the top hotels in this Andalusian destination, bookable on Culture Trip. 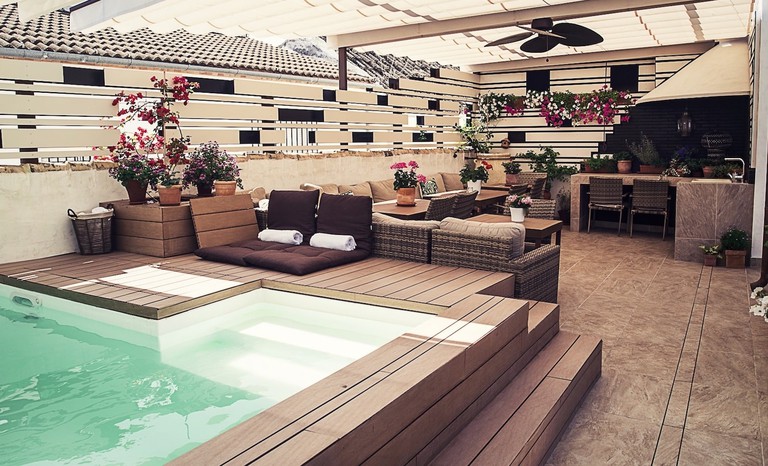 Courtesy of Patio del Posadero / Expedia.com
An eight-year restoration project transformed this 15th-century house into a bijou, super-chic hotel. The husband-and-wife owners prefer to call it a boutique B&B, offering just half a dozen themed rooms and one of the best cooked breakfasts in Córdoba. It’s set on a quiet cobbled lane in the charming San Pedro neighbourhood, within strolling distance of most of the top attractions. Alternatively, just head upstairs to sunbathe and take a dip in the rooftop plunge pool. 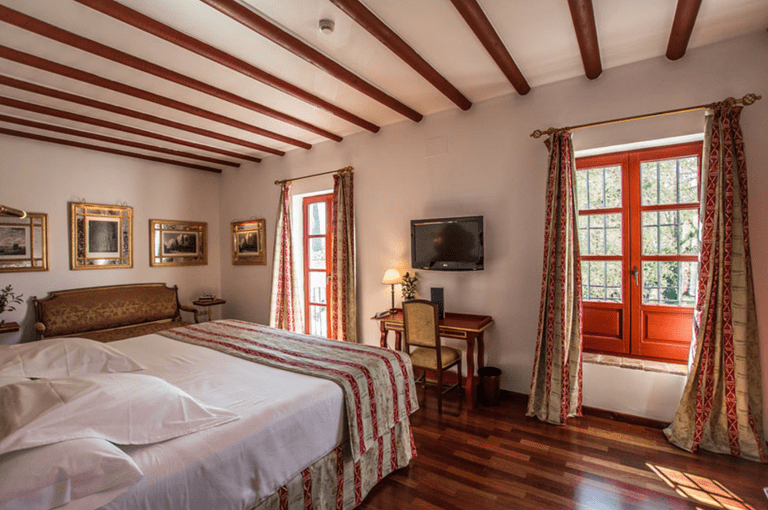 Courtesy of Las Casas de la Judería de Córdoba / Expedia.com
Its location on the edge of the Jewish Quarter puts this richly historic hotel close to numerous sights, including the Alcázar, just steps away. Inside, this maze-like collection of centuries-old abodes is a world of its own. Shaded courtyards with tinkling fountains provide a sense of seclusion, with one featuring a superb pool for summer cooling. Each of its 64 guest rooms is unique, though all artfully combine classical elegance with sumptuous Arabian touches. 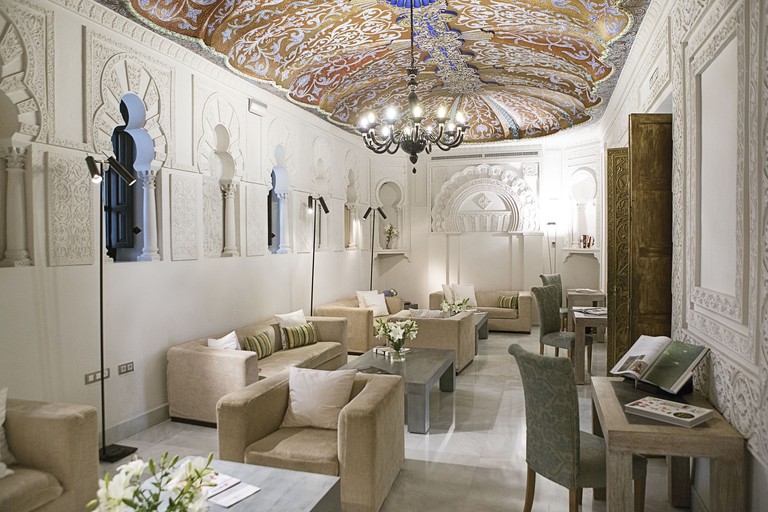 Courtesy of Hotel Hospes Palacio del Bailío / Expedia.com
The 16th-century building this five-star hotel occupies was once a grand palatial residence – and the remains of a Roman villa have even been unearthed under its restaurant. A careful renovation has retained its period character and original features, including Moorish arches and lovely frescoes. Spend your time relaxing in the subterranean spa, before kicking back in your plush room. What’s more, it’s all set in the historic heart of the city. 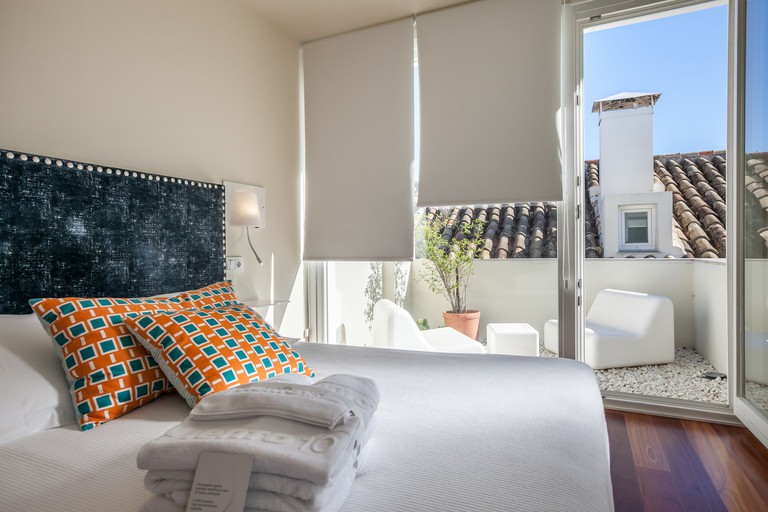 Courtesy of Hotel Viento 10 / Expedia.com
This swish boutique hotel occupies an ancient Moorish-style house in which glimpses of the original centuries-old architectural features contrast with a contemporary update. The eight rooms are finished in clean, modern design with pops of colour and upscale comforts, such as robes and rainfall showers. You can enjoy a spectacular view of the Mezquita and the city skyline from the rooftop terrace, or it’s a 10-minute stroll into the historic centre. 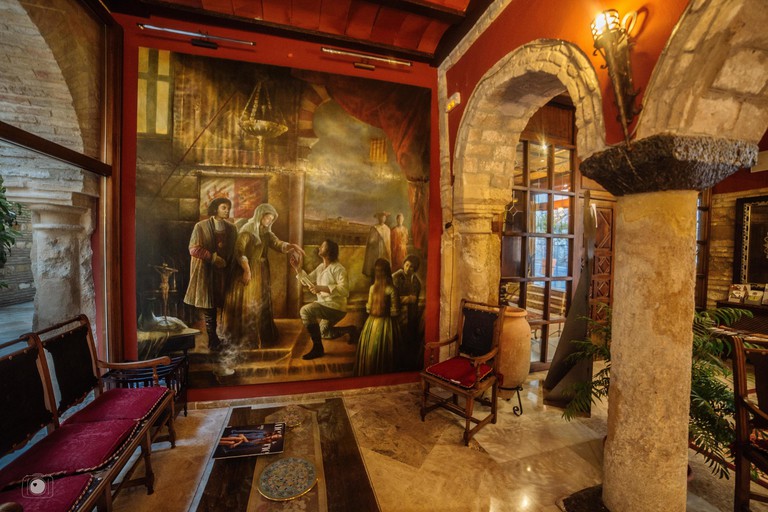 Courtesy of Hacienda Posada de Vallina / Expedia.com
Hotel Hacienda Posada de Vallina gives you a sense of being in the ancient heart of Córdoba; it faces the mighty walls of the Mezquita Mosque-Cathedral, and was once an inn dating back to the Middle Ages. It’s rumoured that Christopher Columbus once stayed here. Old paintings, antique furniture and original architecture maintain a medieval ambience, while rooms are fit with enough 21st-century touches to ensure a comfy stay. 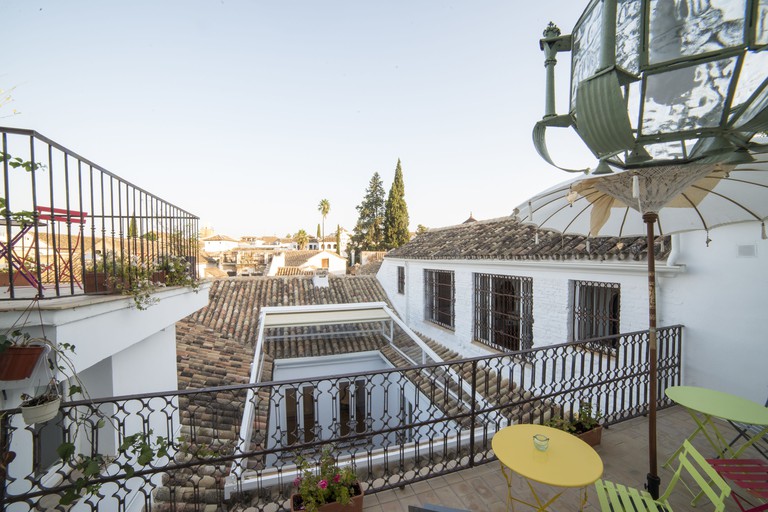 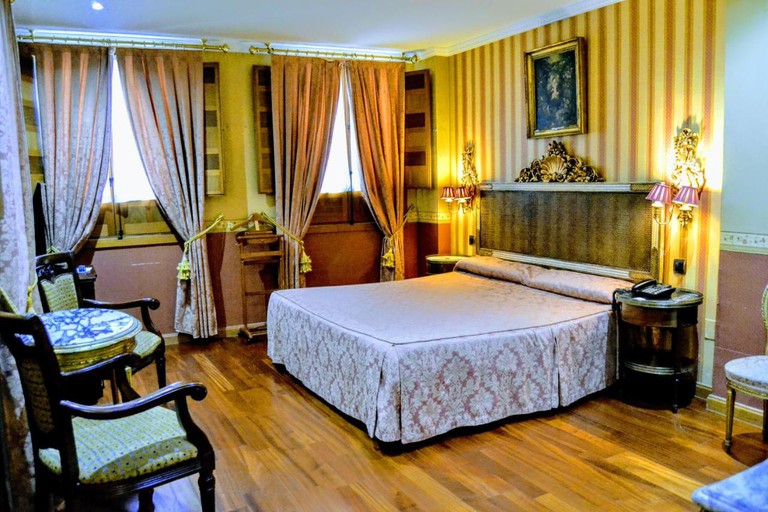 Courtesy of La Llave de la Judería Hotel Boutique / Booking.com
This characterful boutique hotel, deep in the city’s old Jewish Quarter, was born from the combination of three historic townhouses. A Moorish vibe prevails in much of the interior through patterned tiling and intimate courtyards with small fountains. The nine guest rooms are a more classically Spanish affair, individually styled with each named after a native artist. Breakfast can be ordered to your room to set you up for a morning exploring the city – both the Mosque-Cathedral and medieval Córdoba Synagogue are just minutes away on foot. 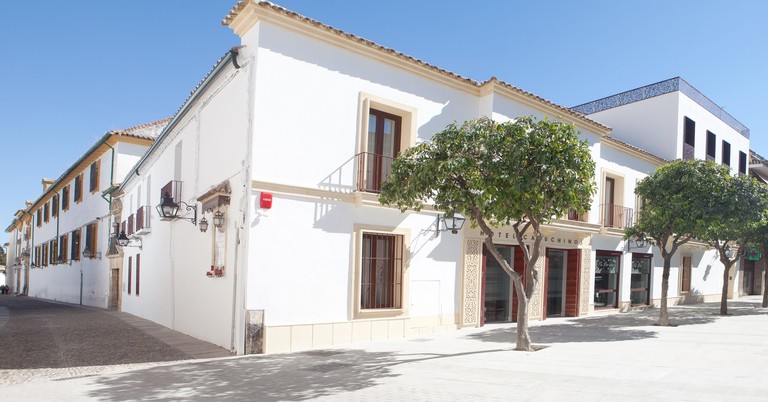 Courtesy of Soho Boutique Capuchinos Hotel / Expedia
This high-end hotel, in a whitewashed corner building in a quiet-yet-central neighbourhood, packs in some impressive features. A superb marble-clad patio features Moorish lattice work and cascading flora, while you’ll find pampering in the form of a waterfall jacuzzi pool, sauna and hammam. Elsewhere, rooms combine original architectural details with modern decor and marble bathrooms. Start the day with a full breakfast buffet in the dining room, and head to the bar for cocktails and fabulous city vistas come dusk. 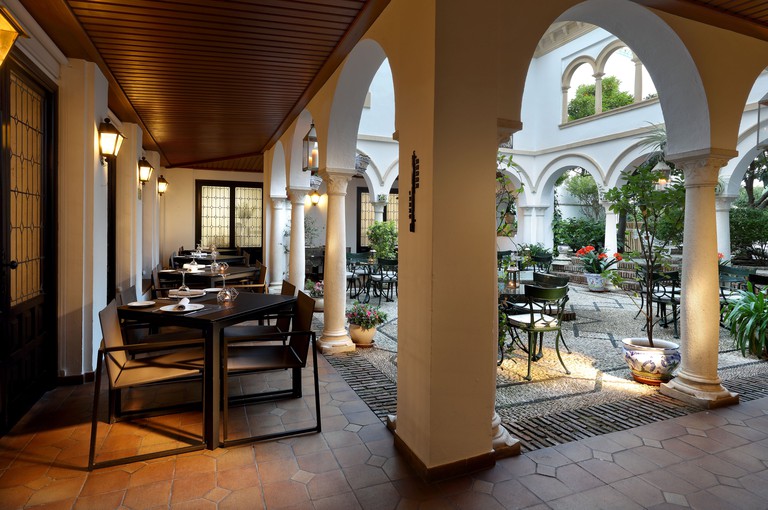 Courtesy of Eurostars Conquistador / Expedia
While the Eurostars Conquistador’s elegant facade is lined with ornate wrought-iron balconies, it can’t quite compete with the impossibly flamboyant design of La Mesquita right opposite – but what a location. Mozarabic motifs can be found throughout its 128 rooms, many of which look out straight onto the iconic attraction. Relax with drinks in the charmingly secluded Andalusian courtyard, before dining on Córdoban specialities in the hotel’s refined restaurant.

If you’re looking for inspiration for your itinerary, we’ve compiled a list of the reasons why you should visit Córdoba at least once in your lifetime.