The Best Hostels in Toledo, Spain 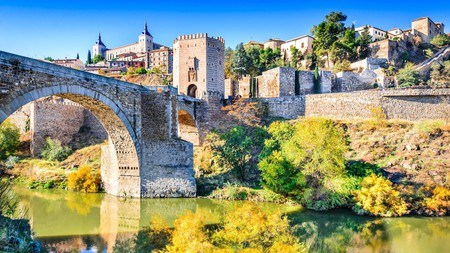 Some call Toledo the soul of Spain – others know it as a haven for affordable hotels and backpacker hostels. The old town is the soul of most Spanish cities, but in Toledo – a Unesco World Heritage Site – every street and building is sun-baked with ancient tradition. In the Middle Ages, Christians, Muslims and Jews lived here in harmony, with the looming cathedral a masterpiece of Gothic architecture. Day-trippers often arrive from Madrid – which is 45mi (72km) away – but its many hostels and affordable hotels have made it a mecca for backpackers. Here’s where to get the best bang for your buck – now bookable on Culture Trip. 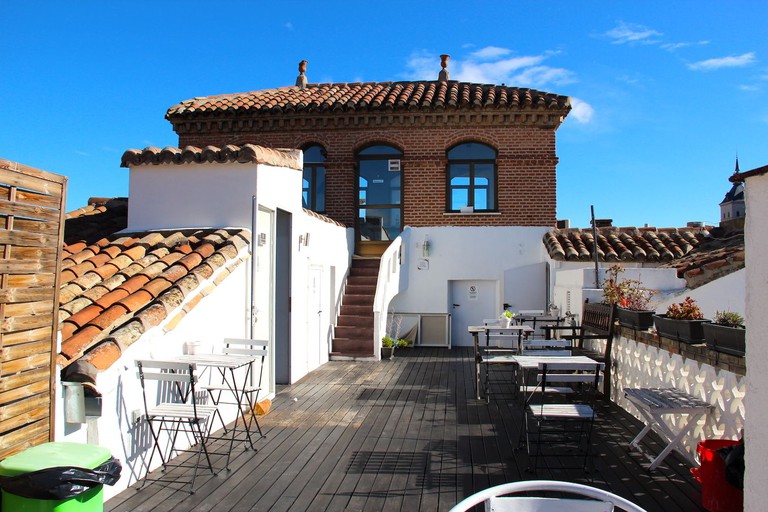 Courtesy of Oasis Backpackers Hostel Toledo / Expedia
With its rooftop terrace offering close-up vistas of the old town, Oasis Backpackers is the ideal location for anyone craving proximity to the action while on a readymade escape. There’s a shared kitchen handily next to the roof terrace so you won’t have to move far to enjoy your morning coffee and tostada under the Iberian sun. Meanwhile, the cathedral is a short amble away – through the cobbled streets with their many shops, bars and restaurants. 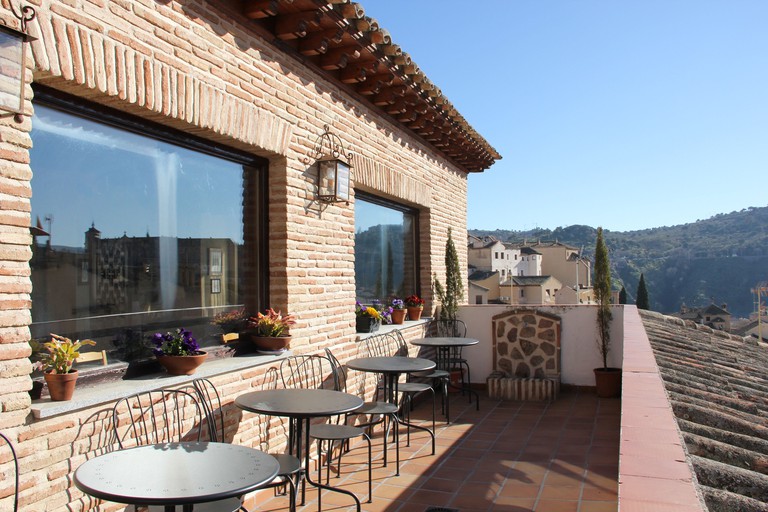 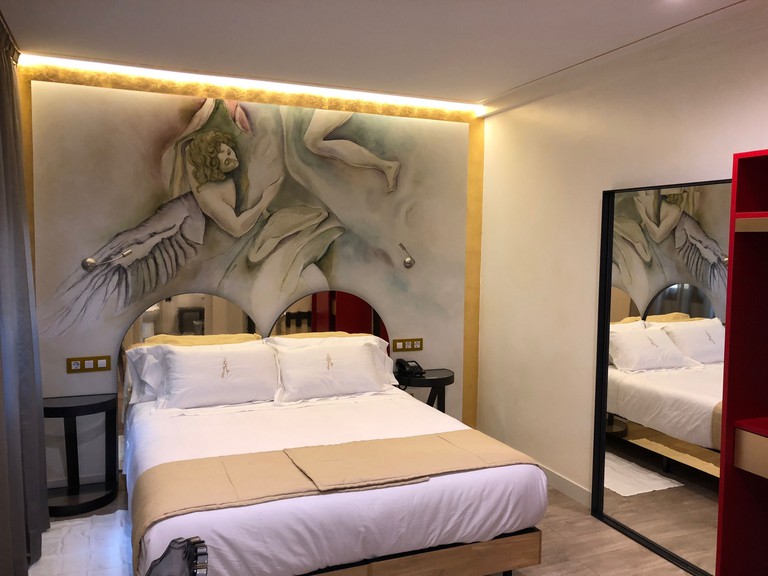 Courtesy of Grecorooms / Expedia
The Grecorooms is named after Spanish Renaissance painter and sculptor El Greco and is situated in the middle of the city’s Jewish quarter. Visitors to the hotel receive a Toledo Tourist Bracelet – which gives them free access to each of the city’s main attractions – including the church of Santo Tomé with the iconic masterwork – the Burial of the Lord of Orgaz – painted by El Greco himself. Can’t get enough of those ornate brushstrokes? You’ll find frescos of the same picture in the hotel bedrooms. 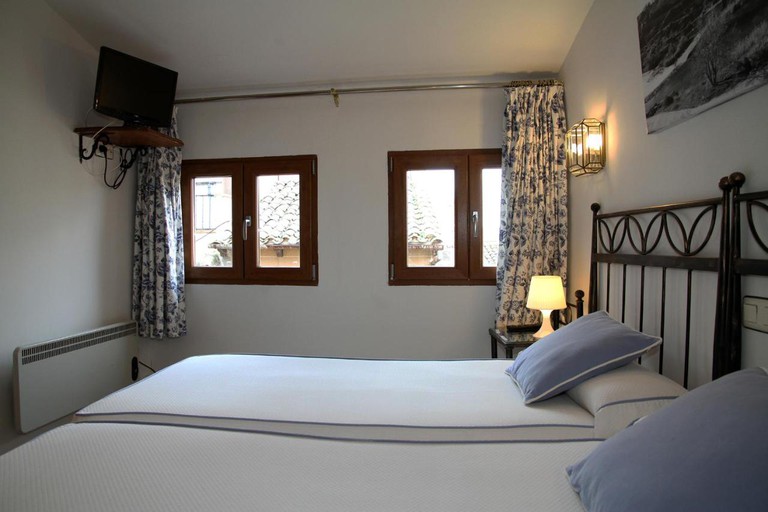 Courtesy of Posada de Zocodover / Booking.com
Stepping through the door of Posada de Zocodover is akin to walking into the house of owners Miguel Angel and Gema. The husband-and-wife owners take pride in making every visitor feel like a family member – if only for a night. The familial vibes extend to its quiet street which – despite being a stone’s throw from the main Plaza de Zocodover with its crowds and bustling pavement cafes – is reliably tranquil at night. 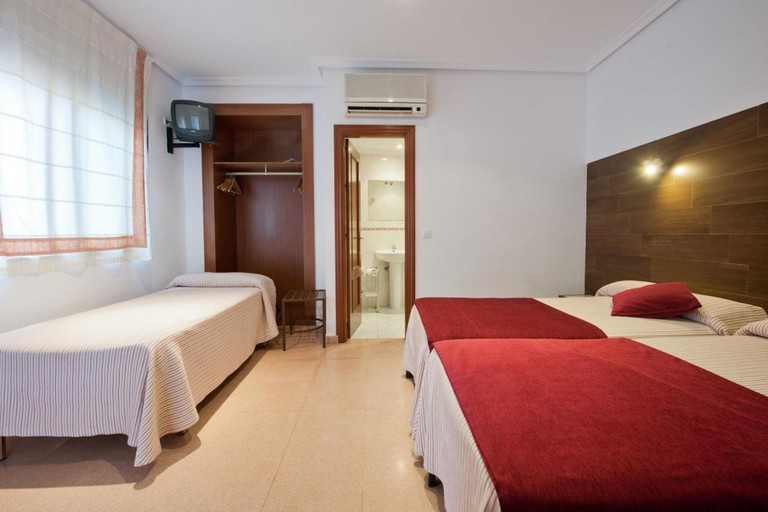 Courtesy of Hostal Sol / Booking.com
Situated just five minutes’ walk from the bus station and its coaches to Madrid – which take around an hour – Hostal Sol is ideal for backpackers looking for a whistle-stop jaunt from the Spanish capital city. With four bedrooms, it also offers excellent value for money. While it is a little further away from the action compared to other accommodations – 10 minutes from the cathedral, 15 minutes from the Jewish Quarter – you’ll reap the rewards of being in a quiet neighbourhood. 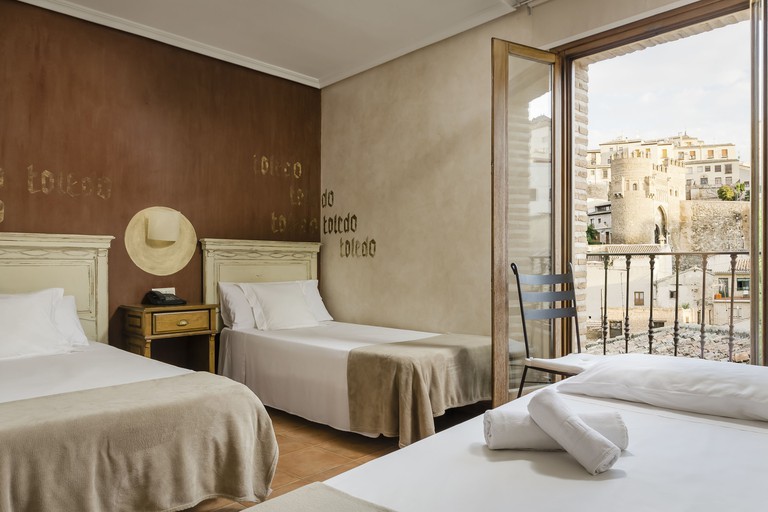 Courtesy of El Hostal Puerta Bisagra / Expedia
The courtyard which the hotel is built around is the defining feature, with a glass dining room ceiling offering multi-level views of the hotel’s Andalusian-cum-Castilian architecture. It’s a location bathed in natural light right next to the imposing Puerta de Bisagra – the city’s gate – meaning that all the attractions of Toledo’s centre are within a 10-minute walk. Unlike many of the cheaper spots in town, there’s an LCD TV in each for those scorching afternoons where only a siesta will do.

Courtesy of Hostal Gavilanes / Expedia
If Ernest Hemingway is your literary hero then a stay at the Hostal Gavilanes II will transport you to those morbid hot days he spends documenting bullfighting in Death In The Afternoon – it’s opposite the Arab-inspired Toledo bullring which still hosts occasional live events. Fancy something a little more sedate? You’re less than a mile from the 13th-century Gothic cathedral in which you’ll find masterworks by a bevvy of recognisable names like Franciso Goya, Diego Velazquez and adopted local son, El Greco. 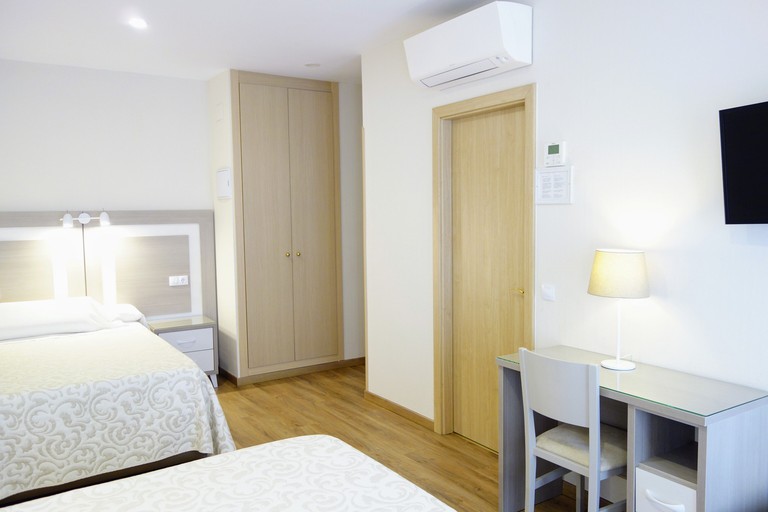 Courtesy of Hostal Toledo / Expedia
Just 0.7mi (1.1km) from the bus station, the Hostal Toledo is another choice for those arriving from Madrid – you can also catch a 5 or 10 bus directly outside to alight at the thriving Plaza de Zocodover. The staff speak English, Spanish and French and they’ll happily direct you towards the best cafes and bars in town. Check out the nearby Escuela de Hostelería Toledo for a gourmet experience from the town’s Michelin-starred chefs-in-waiting. 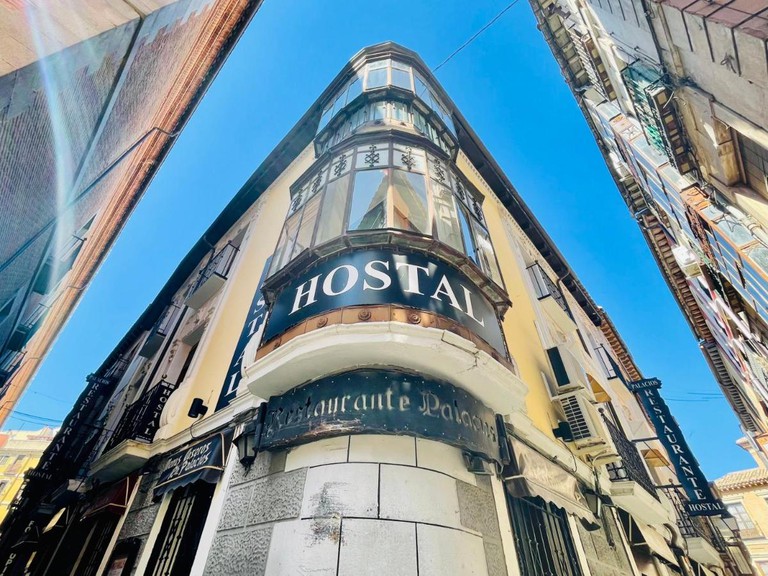 Courtesy of Hostal Palacios / Booking.com
The Hostal Palacios may look like a traditional 19th-century inn from the outside, but the rooms inside are all crisp sheets and 21st-century fittings. Most have a balcony with views of the city centre and the restaurant serves up robust versions of classics, like croquetas and chorizo tortillas. Pro tip: if you’re driving here, park for free at the bus station and bag a five-minute taxi to the hotel. Those winding Toledo streets can drive you, quite literally, round the bend. 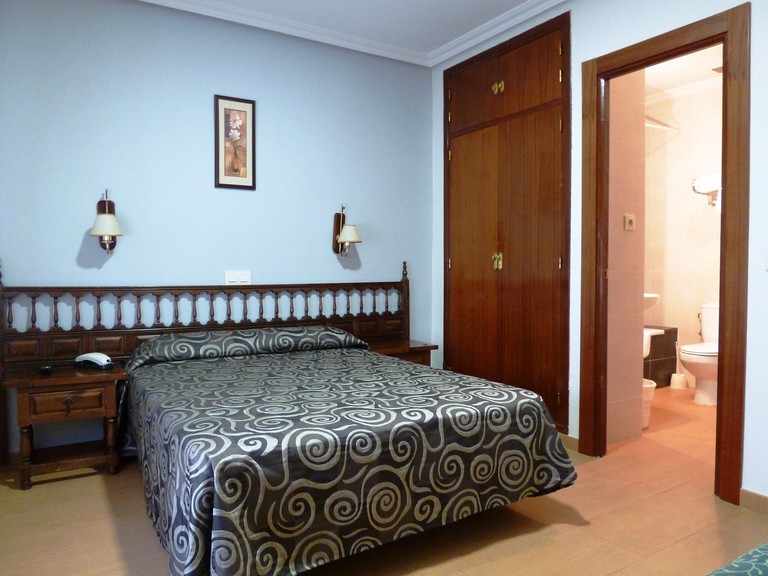 Courtesy of Hostal Madrid / Expedia
Hostal Madrid likely gets its name from its proximity to the bus station – which is a 10-minute walk away – where you can find yourself in the centre of Toledo with a 15-minute walk or an affordable cab ride. There’s a pleasant hotel bar and cafeteria, though there’s a surfeit of establishments virtually on your doorstep. If you fancy some culture before your cervezas, the Tavera Museum – formerly a 16th-century hospital and now a fine arts museum – is a short walk away.
Give us feedback