The Best Hotels in Toledo, Spain, For Every Traveller 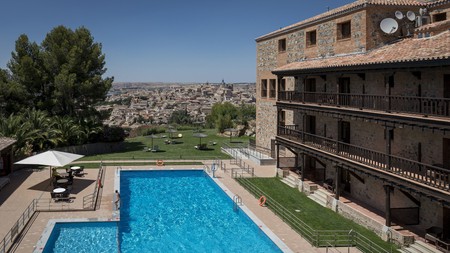 Toledo is a fascinating city, with a history that spans centuries and encompasses numerous cultures and religions, and a Unesco-certified historic centre complete with narrow, winding streets and a pretty central square, Plaza del Zocodover. Get to know this Spanish city in more depth by spending a night at one of its top hotels. 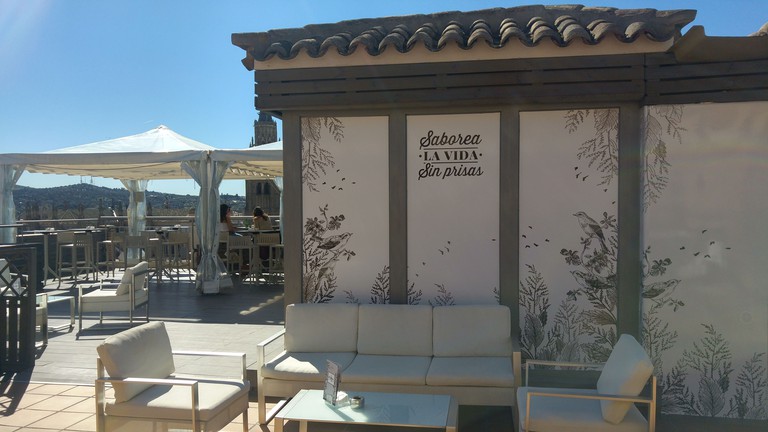 Courtesy of Hotel Carlos V / Expedia
Housed in a stately-looking building with a serious stone facade, the Hotel Carlos V is actually a rather relaxed and informal affair. It opened in 1947 – making it the oldest hotel in Toledo – but today has a breezy, modern feel, with artworks that reflect its theatrical links (there’s a special wing reserved for performers at the nearby Rojas Theatre). Take the lift to the top floor and you’ll step onto one of the finest rooftop terraces in the city.
Open In Google Maps
4 Plaza del Horno de la Magdalena, Toledo, Castilla-La Mancha, 45001, Spain
+34925222100
Visit Website
Give us feedback 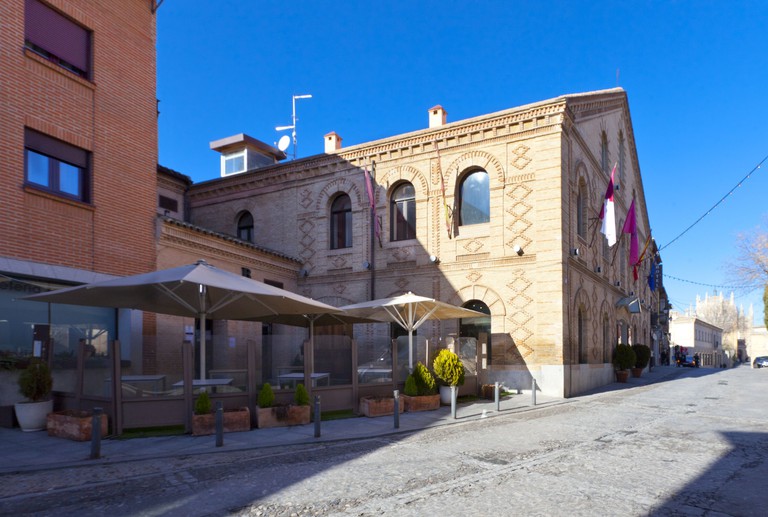 Courtesy of Hotel San Juan de los Reyes / Expedia
View Rooms
With elaborate red-brick architecture in the neo-Mudéjar style, the 19th-century Hotel San Juan de los Reyes is hard to miss. A Jewish Quarter location puts it within easy reach of the two synagogues in the city and the impressive El Greco Museum. The hotel restaurant, set in a former flour mill, offers tasting menus showcasing traditional Toledo cooking. Treat yourself to an upgraded room for spectacular views over the Tagus river and classic La Mancha landscape beyond.
EVERYTHING YOU NEED TO KNOW 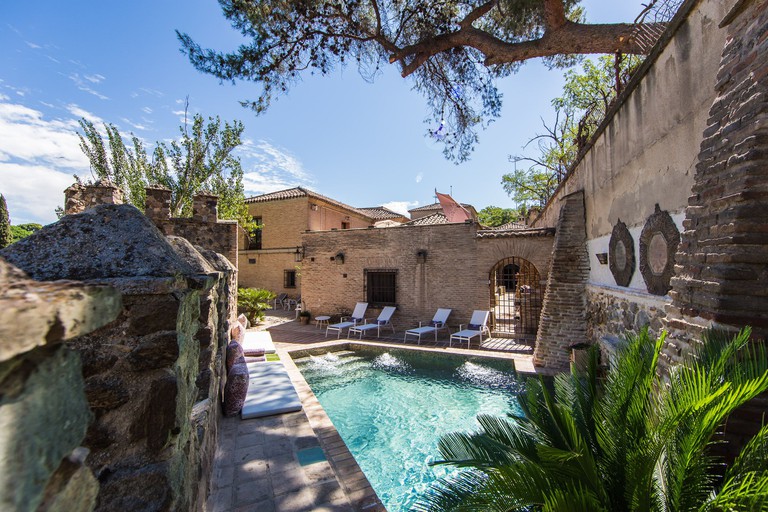 Courtesy of Hacienda del Cardenal / Expedia
View Rooms
Built in the 18th century as a summer house for the Cardinal Lorenzana, this walled compound has become a charmingly secluded hotel just steps from the Alfonso VI city gate. It has retained much traditional Moorish character, nowhere more so than on the leafy garden terrace, where you can enjoy the likes of grilled octopus or partridge stew accompanied by the tinkling of a fountain. A small outside pool allows for summer dips, while in the cooler months a cosy tavern is the perfect winter snug.
EVERYTHING YOU NEED TO KNOW 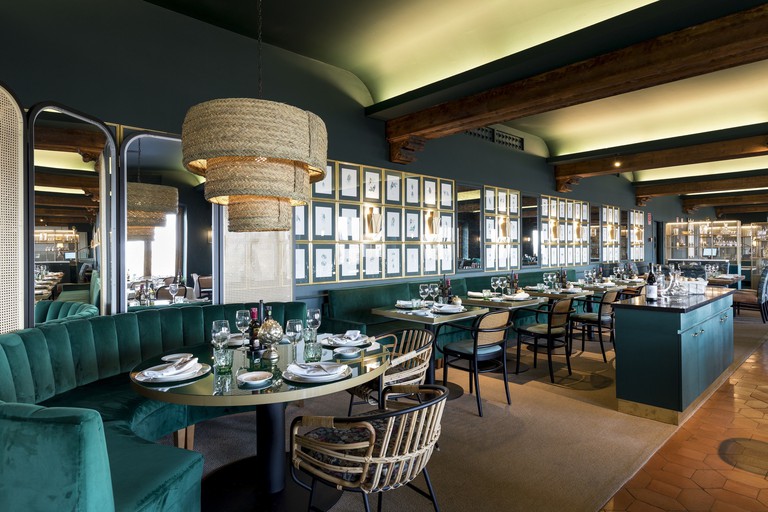 Courtesy of Parador de Toledo / Expedia
View Rooms
Set up high on a hilltop overlooking Toledo, this parador affords stunning panoramas of the surrounding countryside. As for facilities, a large swimming pool takes centre stage, encircled by tidy lawns dotted with loungers. Guest rooms have been updated without losing any of their traditional charm, while the restaurant digs deep into regional cuisine; dinner on the al fresco terrace with the twinkling city lights below is a magical experience.
EVERYTHING YOU NEED TO KNOW 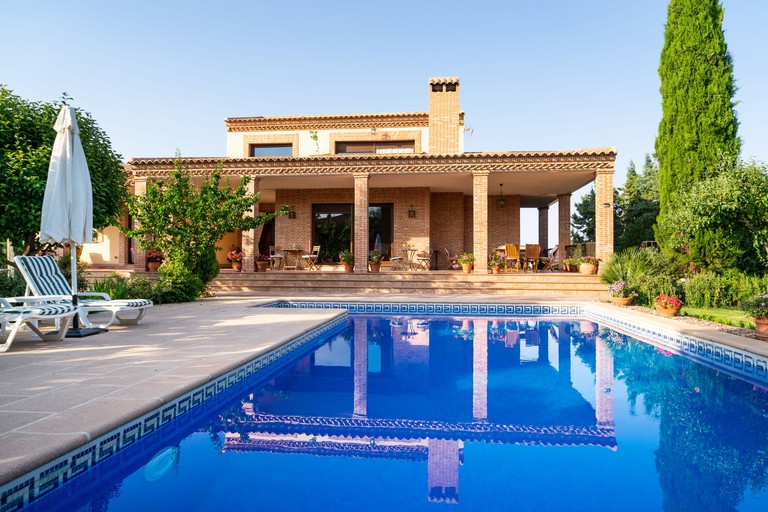 Courtesy of Villa Marin Toledo / Expedia
View Rooms
Set in the Las Nieves neighbourhood about 10 minutes’ drive from central Toledo, this new-build villa offers simple guest house accommodation within easy reach of highway connections. After a visit to Toledo old town, return for a swim in the outdoor pool or sunbathe in the quiet leafy gardens. Bedrooms are simple, bright and modern, and after a good night’s shut-eye, complimentary breakfast is served poolside – weather permitting, of course.
EVERYTHING YOU NEED TO KNOW 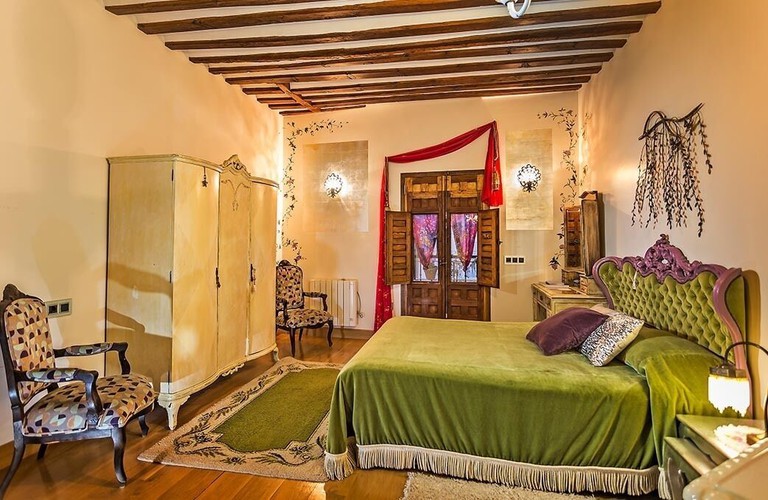 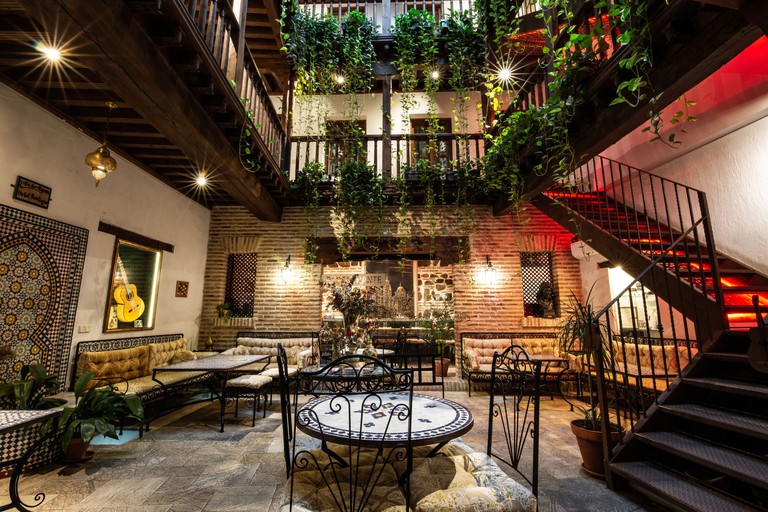 Courtesy of Entre dos Aguas Hotel Boutique / Expedia
Book Now
Once the home of flamenco guitar legend Paco de Lucía, Entre dos Aguas is named after one of the musical icon’s most popular tunes. Similarly, each of the five bedrooms has been named after one of his well-known recordings, and blends sunny fabrics with wooden beams, exposed stone and terracotta tiling. The 15th-century palacio has a tiny restaurant serving Mediterranean fare, while the location in the historic centre of Toledo also means an abundance of excellent eateries within a short stroll.
Open In Google Maps
2 Plaza Santo Domingo Antiguo, Toledo, Castilla-La Mancha, 45002, Spain
+34627612369
Visit Website
Give us feedback
Give us feedback