10 Ways To Beat The January Blues In Barcelona 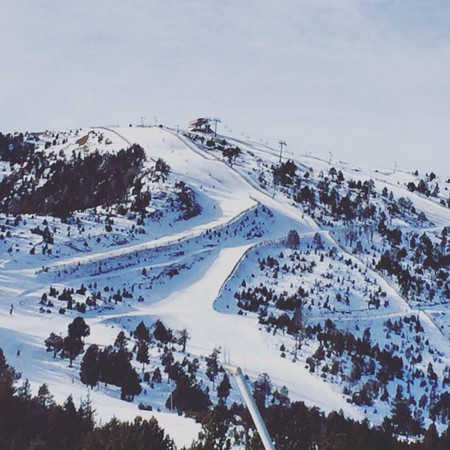 While the end of Christmas leaves us with those post-party, melancholic blues, Barcelona gives us plenty of things to look forward to in January. The city of art, history, and culture continues to provide reasons to celebrate the coming of the New Year, with its array of events, activities and culinary delights! Explore the list below to find out the many ways in which January in Barcelona is the time to celebrate and banish those blues! 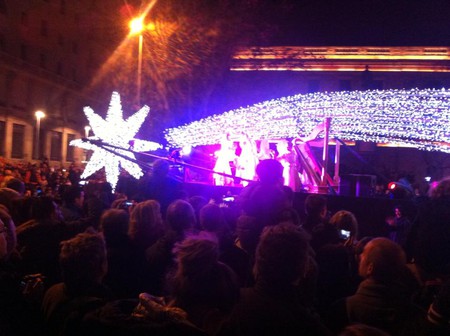 Witness the Spectacle of King’s Day

Already waiting for next Christmas? Make your way down to Via Laietana to continue Christmas celebrations in the form of the spectacular King’s Day parade. Cataluña is one of the regions where the 5th and 6th of January rival the 25th of December in decorations, presents, and festivities. Citizens make their way to the town center to admire the glittering and fantastical parade floats, from which sweets and bubbles are thrown at the children holding out their hands. Costumes and lights are like no other, transporting you to a Christmas wonderland. Pack your camera, glow sticks, and wish lists, and let your child free in this unique and dazzling event!

Get Active with Winter Sports

January is the perfect time for some snow-filled fun! Pack your winter socks, hats, and scarves and get ready to hit the slopes. Barcelona is perfectly situated near La Molina and Andorra, where you can sail the snowy slopes on skis or snowboards, whisking away those wintery blues. Suitable for all levels and offering majestic views of snow-capped mountains, ski and snowboarding trips are fun for families, couples, friends and pretty much anyone wanting to enjoy the season of snow! 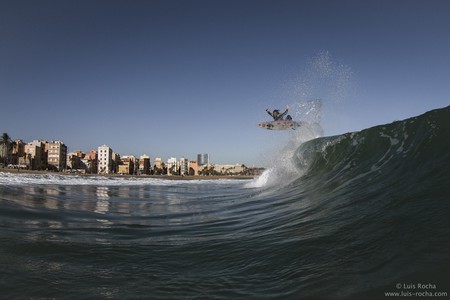 Savor the Season of Surfing

Normally associated with tropical climates, surfing in Barcelona is best enjoyed in the winter! The waves are more prominent and the swells more immense during October to March, making Barcelona perfect for surfing the city’s infamous coastlines. Centrally located, take to the beach and marvel at the surfers coming out of summer hibernation to ride the rolling waves. With competitive prices, there’s no better time to try out a new activity and blast away the blues on Barcelona’s breakers. 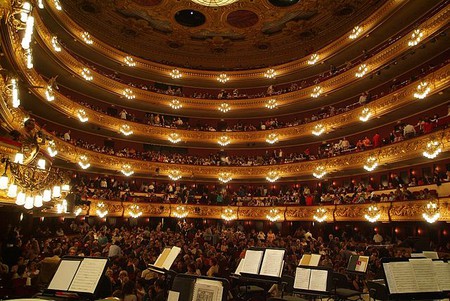 Take a Trip to the Theater

Although the period of indulgence may have passed, there’s no reason not to treat yourself to a bit of luxury with Barcelona’s array of artistic performances. Musical masterpieces such as Mamma Mia at Teatre Tivoli and the international opera competition at the opulent Gran Teatre del Liceu are just a taste of what Barcelona’s world of art and theater offer you this January. The city’s theaters offer class and culture in their grand interiors with red curtains, velvet rows of seats, and golden stalls where you can gaze at the performances from above! Get ready to dig out the evening gowns and tuxes and take to the theaters for a night of glamour, extravagance and awe! 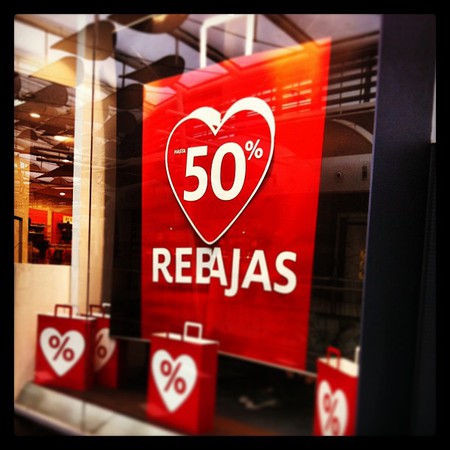 January is undoubtedly the time to shop! The city’s high street turns into a commercial paradise for bargain hunters, with many items half-price or less! Stores start their sales and open their doors to shoppers after the Epiphany on the 6th of January, giving you plenty of time to rummage the racks and stock up on several discounted items. Some stores are open on Sundays during this period, and continue to reduce their stock further throughout the month. Famous department store El Corte Inglés shelves everything from clothes, perfumes and electronics and notoriously offers competitive discounts during this time. Top up your wardrobe, decorate the house, or buy that expensive electronic device you’ve been wanting! Visit Barcelona’s high streets or make your way to one of its several indoor malls for a perfect winter shopping spree. 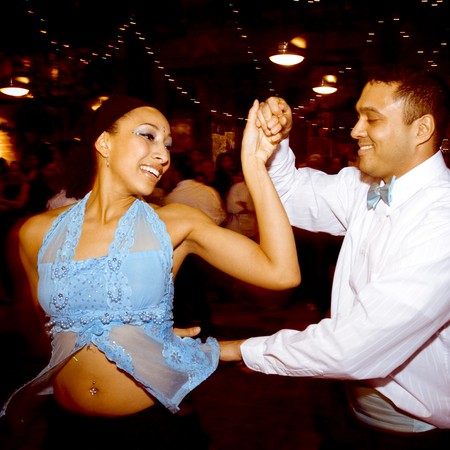 Barcelona is a city of creativity and talent, with its numerous civic centers giving you the opportunity to develop your skills or try something new. From languages to dance classes, art to IT, there is a wide range of activities for everyone to find something interesting to try. Some workshops are even free, so there’s no need to hold back. Get involved and make those New Year resolutions a reality. Check out their webpage to find information about your nearest center and its selection of courses! 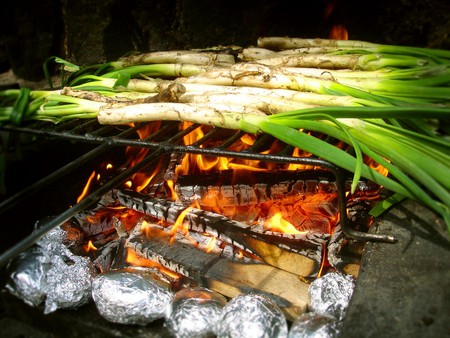 Taste the Local Cuisine at a Calçotada

Calçotadas are one of the best ways to beat the blues, celebrating the Catalan tradition with a cultural dinner among friends and family. These barbecues are not constrained to the summer and are actually available from January to kick-start the year with flavor! Calçots come into season during the beginning of the year, making January the perfect month to indulge in some Catalan culinary culture. Enjoy grilled meat and vegetables and the distinctive Romesco sauce to fully appreciate the region’s delights. If a barbecue in the woods seems a stretch, local restaurants also offer this seasonal dish! 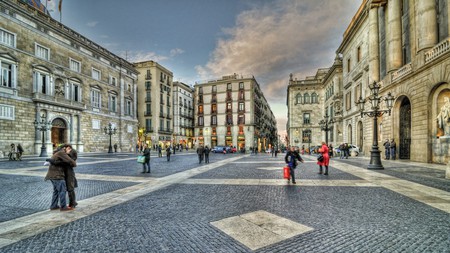 Enjoy the Serenity of Empty Streets

While Barcelona is one of the most attractive and artistic cities to feast the eyes in, its unique architecture and historic landmarks can often be compromised by the swarming tourists. As the summer arrives, so do the crowds, making it difficult to avoid bumping into people on the high streets, escape queues or roam around comfortably. January is undoubtedly the best month to take to the empty streets and fully appreciate what the vivid and charming city has to offer. Enjoy the space, calm and tranquillity of its meandering streets without the crowds, and make the most of the opportunity to see the landmarks at your own pace. 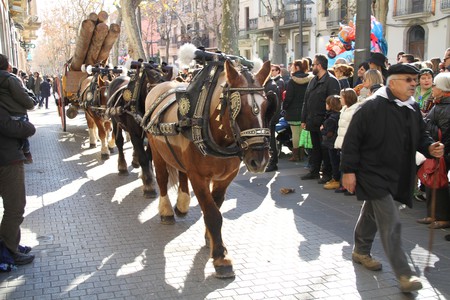 Barcelona’s Sant Antoni district brings back the magic to the sufferers of the post-party period, with its annual festival taking place in January. The festa of three tombs honors Sant Antonio Abad, with a colorful parade of horses and carriages making their way down the streets of the quarter. One of the unique features of this festival is the large gathering of people with their pets, participating in the blessing of animals. Make your way down to the annual party for some tradition and cheer at one of the city’s most unusual and historic street festivals. Merriments begin on January 10th this year so be sure to plan ahead and get there early! 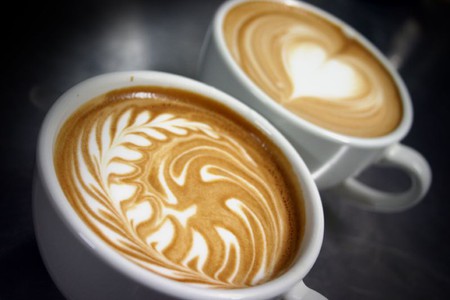 Cozy Up with a Coffee

The winter blues are best beaten with a warm drink to soothe the soul, and there’s no greater city to find that perfect cup than Barcelona. Its artisan cafés and trendy bars go the extra mile, with tasty flavors and essences such as caramel, ginger, vanilla, etc. For those feeling really under the weather with the January blues, why not try a carajillo? This Spanish beverage combines coffee with your favorite alcoholic treats such as whiskey, brandy, or rum, and offers a more ‘spiritual’ alternative to your average coffee. Warm up in the coffee-loving Catalan city, and feel those blues melt away. Try local favorite Nomad tucked away under the charming Passatge Sert 12, or one of Alsur’s creative coffee concoctions flavored with tiramisú, raspberry, or toffee in Plaza de Sant Cugat!