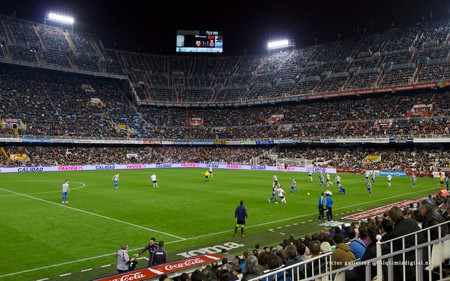 Valencia is a popular destination for football fans, proudly home to Valencia Club de Fútbol, one of Spain’s most successful clubs. Serious fans will probably know a few things about the team already, but here’s our roundup of facts about the club that aren’t quite as well known.

One of the most important things to know about Valencia CF is that the team’s nickname is Los Ches (meaning ‘the mates’).

They’re not the oldest team in Valencia

Valencia’s second club is Levante Unión Deportiva, who play at the Estadio Ciudad de Valencia, a few kilometres north of Valencia CF’s stadium. The traditionally working-class club is named after the Valencian beach where it was founded in 1909, a decade before Valencia CF.

Curiously, both Valencia CF and Levante’s logos feature a bat. The bat is also found on the city’s official emblem. There are a few possible explanations given locally for the bat; one is that in 1238, when James I was about to enter the city attempting to re-conquer it from the Moors, a bat landed on the top of his flag. He saw this as a good omen and, after he took back the city, the bat was added to the coat of arms. 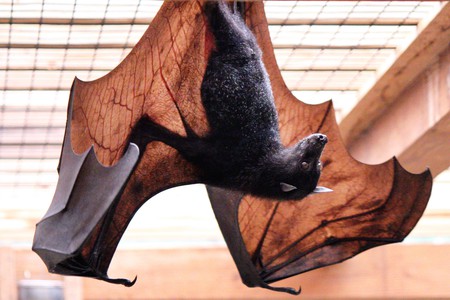 The Valencia area is famed for its abundance of sweet oranges, and it’s no coincidence that Valencia CF usually play their away games wearing an orange shirt. Orange is the colour of the region of Valencia, and the orange is a symbol of the city. 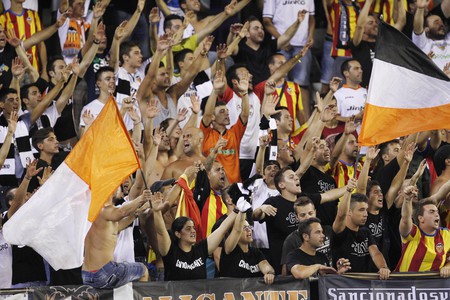 At the beginning of every match the team enters the stadium to their anthem Pasodoble, which is sung in the Valencian language.

Valencia CF first started out as an idea dreamt up in the city-centre Torino Bar, where a coin was tossed to decide who’d be the club president. After flipping the coin, Octavio Augusto Milego Díaz was elected the first president of Valencia Football Club

Valencia CF should have moved to their planned new home at the Estadio Nuovo Mestalla (New Mestalla) already, but the 2008 recession caused the collapse of the joint financing agreement with the Valencia Regional Government and construction companies. Work has been stopped since 2009, There’s talk of renewed plans to finish the New Mestalla but, with no set completion date, Valencia CF find themselves still playing in a stadium they’ve agreed to sell off and owning a half-built stadium they can’t afford to complete. 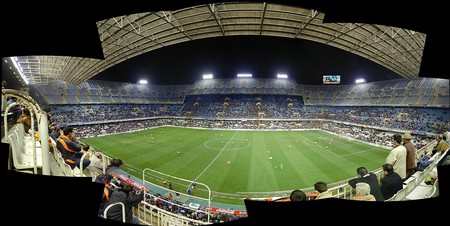 All these stadium problems have led to the club racking up hundreds of millions of Euros in debt, which they’re still struggling to pay off even despite selling Spanish World Cup winning stars David Villa (Barcelona), Juan Mata (Chelsea), David Silva (Manchester City), and Carlos Marchena (Villarreal),

Current team captain David Albelda was effectively sacked during the 2007-08 season by then-coach Ronald Koeman after an alleged breach of club discipline. But the club removed Koeman and reinstated Albelda in the same season, and the team avoided relegation from the Primera Liga.

Valencia CF is now majority-owned by millionaire Singaporean businessman and investor Peter Lim, who famously brought in Gary Neville for an ill-advised coaching stint at the club, which lasted only four months. There have been repeated calls for Lim to sell the club, from fans who blame his decisions, at least in part, for the club’s recent poor performance.

Stadium
Facebook
Email
Twitter
Pinterest
Copy link
Share
Between 1969 and 1994, the name of the stadium was changed to that of one of the most popular presidents in the club’s history, Luis Casanova. But many fans still referred to it as the Mestalla, and in 1994 Casanova himself wrote to the club asking for the name to be changed back to the Mestalla.
Give us feedback