Surprising Easter Traditions From Around the World 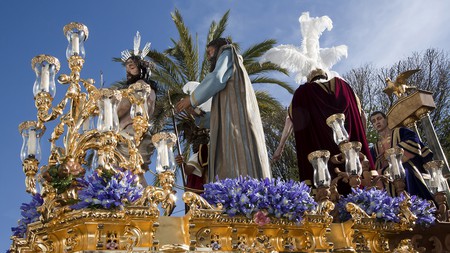 An ornate parade float forms part of the procession during Holy Week in Carmona in Andalucía, Spain | © percds / Getty Images

Bunnies and chocolate eggs aside, Easter is considered to be one of the holiest days on the Christian calendar. Due to increased commercialisation, this holiday is rapidly losing its religious significance in many parts of the world. However, some cultures continue to celebrate Easter in more traditional ways. We look at some surprising and unusual ways this religious festival is commemorated around the world.

In Valladolid and in the region of Andalusia, both in Spain, Easter is an emotional celebration. Processions begin on Good Friday with robed members of different brotherhoods riding on horseback. They carry Castilian religious statues to the sombre sound of drums and music. These sculptures are a highlight of the processions, created by well-known sculptors, and are considered extremely important to the ritual. Members of the brotherhoods make poetic proclamations while riding around the city. The afternoon’s celebrations involve thousands of people taking part in the Passion procession, which includes 31 pasos, or religious statues. Holy Week is one of the most spectacular and emotional fiestas here, with religious devotion, art, colour and music combining in acts to commemorate the death of Jesus Christ. Easter in Valladolid conjures spectacular religious scenes of sober beauty. 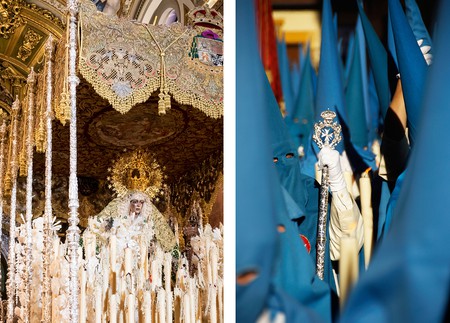 For Christians, there is nothing like experiencing Holy Week in Jerusalem. Celebrating critical moments in Jesus’ life and death at the very sites where they occurred is a moving and unforgettable experience of faith for believers. The Palm Sunday procession commemorates Jesus’ entry into Jerusalem and involves up to 10,000 people. The procession begins at Bethphage and continues into the Old City through the St Stephen’s Gate to the Church of St Anne. Christians mark Good Friday by walking the same path they believe Jesus took before his crucifixion, some clutching their own crosses. They then attend mass in the city’s Church of the Holy Sepulchre, the site at which many Christians believe Jesus was buried and the Resurrection later took place. 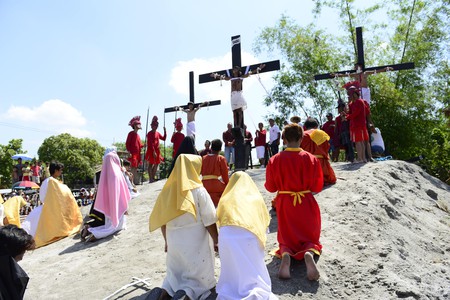 Some extremely devout Christians in the Philippines celebrate Easter with their own commemorations of Jesus’ death. Every year, several people are nailed to crosses in reenactments of Jesus’ suffering on Good Friday. The annual ritual dates back to the 1950s and takes place across the country, often attracting crowds of thousands. In 2013, nine men were crucified in Pampanga’s San Pedro Cutud village, and at least eight others were crucified in neighbouring villages. Many take part to atone for sins, to pray for the sick or to give thanks for miraculous events. Those who are crucified often have three-inch nails hammered into their feet and palms to secure them to their crosses. The spectacle represents a merging of religious and local customs and beliefs. More than 80 percent of the Philippines’ population of 90 million is Catholic. 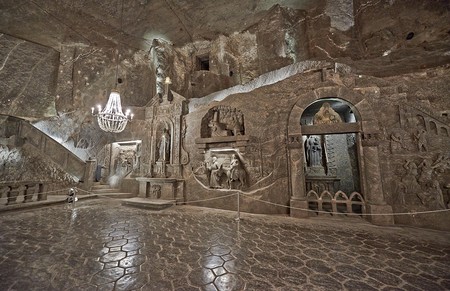 In Poland, miners mark Good Friday by staging their own celebrations underground at the Wieliczka Salt Mine. The procession, known as the Underground Way of the Holy Cross, involves the miners donning ceremonial uniforms and marching to a salt monument of Pope John Paul II in the underground St Kinga’s Chapel. The Wieliczka Salt Mine is one of the oldest salt mines in the world and was designated a UNESCO World Heritage Site in 1978. St Kinga’s Chapel is 107m (350ft) underground, and tourists can visit it on organised tours. With nine levels, the original excavations of this area stretch for nearly 300 kilometres (186mi), reaching a maximum depth of 305 metres (1,000ft).

You would not want to be the fairer sex in parts of Slovakia over Easter, where some women face an annual whipping with willow branches and receive a dousing with water. These performances originate from the aim of making women healthier and more beautiful. The tradition derived from beliefs about nature’s cycle and spring being a time of rebirth. The practice used to be seen across the whole country but largely died out under Communist rule in the last century. In smaller towns and villages, women still get buckets of water thrown over them, or they may be playfully whipped or thrown into the river as part of Easter festivities.