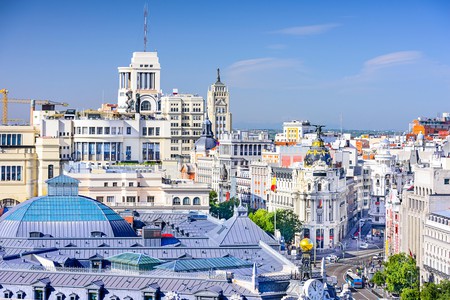 As staying in becomes the new normal, Culture Trip invites you to indulge in a spot of cloud tourism. Experience the sights and sounds of a place – without even leaving your home. Next up on our virtual tour is Madrid.

You might not be travelling very far this season, but that doesn’t mean you can’t indulge your sense of wanderlust from indoors. Spend a day recreating the vibrancy of Madrid with Culture Trip’s stay-at-home guide to Spain’s sensuous capital.

Spanish culture is essentially food culture, and most madrileños plan their day around their next meal, so this tour of the city starts with a hearty churro breakfast and ends with a local stew – with plenty of things to do in between.

It might come as a surprise that the best breakfasts in Madrid are served in chocolaterías, or chocolate shops. But these tightly packed cafés are by far the best places in the city to find churros, Spain’s renowned fried sweet treats.

While they’re delicious on their own, the secret to a great plate of churros is actually the drink with which they’re served. They’re usually accompanied by a cup of thick, dark hot chocolate for dipping (and eating by the spoonful, of course).

It’s a breakfast made all the more indulgent because churros are notoriously laborious to make at home; they require a piping bag to shape the dough and lots of oil for deep-frying. But now that you’ve got more time on your hands, why not give it a go?

In the absence of a piping bag, you can use a plastic bottle to squeeze out the mix of sugar and flour. Or, try using a resealable plastic bag to make your own pipette.

For the dipping sauce, any dark cooking chocolate will do (though it’s said that the fancier the chocolate, the better the drink). Mix it with milk, cream and sugar until it has a custard-like consistency.

Now that your breakfast is ready, cover your table in a white disposable sheet, if you have one – bonus points if you can sit outside on a sunny day. Your centrepiece should be a giant pot of sugar and a pile of paper napkins for the ultimate chocolatería experience.

You definitely won’t be able to leave your sofa after this hearty breakfast (not that you were going anywhere anyway), so you may as well sit back and embrace Madrid’s laid-back lifestyle. 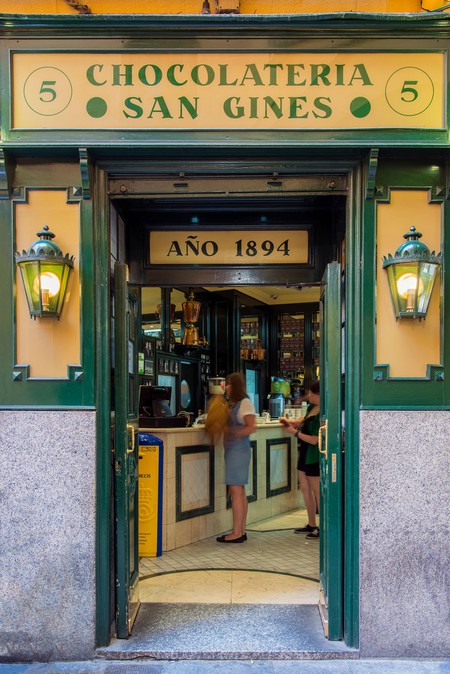 Watch: ‘Women on the Verge of a Nervous Breakdown’ and ‘Arde Madrid’

Nothing quite captures Madrid like the films of Pedro Almodóvar. Though he was born in the neighbouring province of Castilla-La Mancha, the director came to prominence during the Movida Madrileña, a counter-cultural punk movement that took over Spain’s capital following the death of dictator Francisco Franco in 1975. Like many of his contemporaries, Almodóvar’s art is defined by a sense of liberty – the colour palettes are bright and bold, encapsulating Spain’s newfound freedom, and the characters are often carefree and hedonistic.

Women on the Verge of a Nervous Breakdown (1988) is a great introduction to the director’s body of work and the city of Madrid. The Oscar-nominated film follows Pepa (Carmen Maura) on a surreal journey to track down her married ex-boyfriend, who has abruptly left her.

Much of the plot unravels in a penthouse flat that overlooks the city’s famous Retiro Park, and the film features many of the city’s most iconic symbols, including the cluttered taxis with vociferous drivers.

If you’re looking for a television show to binge instead, the recent Arde Madrid (Burn Madrid Burn) offers a different perspective on the city. Set in 1961, it follows the decadent life of actress Ava Gardner in the capital, as told by her waiting staff, who are secret Francoist spies.

It may not portray Madrid at its finest hour, but the comedy does capture the conflicting values at the time, contrasting Gardener’s liberal hedonism with Francoist conservatism. 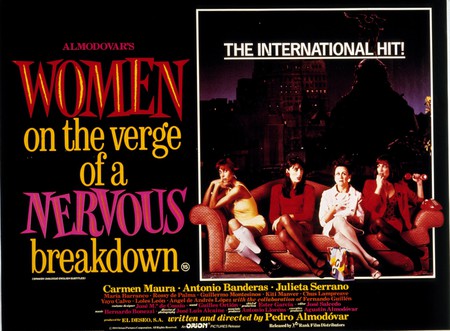 Released in 1988 and directed by world-renowned Spanish film-maker Pedro Almodóvar, this Spanish comedy-drama captures the city like no other film | © Moviestore Collection Ltd / Alamy Stock Photo

One of the biggest dilemmas for visitors to Madrid is the sheer choice of art on offer; the Golden Triangle of Art alone houses three powerhouse museums. You could spend hours exploring Carmen Cervera’s eclectic private collection at the Thyssen-Bornemisza, roam around classical greats like Goya, Velázquez and Bosch at the Prado, or soak up a host of 20th-century and contemporary art at the Reina Sofía – and each tour would take hours to complete.

This is where being stuck at home can come in handy. The city’s biggest art spaces have all taken their collections online in different ways, so you can set up your tablet or computer and visit all three of Madrid’s iconic art spaces in a day.

Start your morning with a live virtual tour of the 200-year-old Prado on Facebook or Instagram, where experts provide an in-depth analysis of the museum’s most iconic artworks, including Bosch’s The Garden of Earthly Delights. Next, stop off at the Thyssen, which offers a tour of its virtual collection (and an extended VR visit, if you happen to have a headset to hand).

Complete your visit with the most immersive experience of all – a 360-degree tour of the Reina Sofía, produced in partnership with Google Arts & Culture. You can get up close and personal with the works of Dalí and Miró, and of course Picasso’s immense Guernica, all without having to crane your neck around a crowd of visitors. 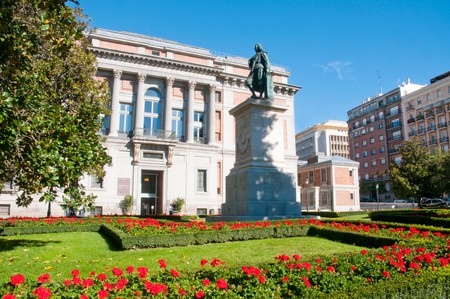 From Goya to Bosch, explore Madrid’s world-class art collection, all from the comfort of your living room | © agefotostock / Alamy Stock Photo

Spain is often associated with the flamenco music of the south, but any city dweller will tell you that Madrid has a distinctly grungy music scene. This style emerged during the punk Movida Madrileña counter-cultural movement, and has evolved into the soft rock that madrileños know and love today. No one quite captures the city’s sound like Pereza, whose lead singer Leiva – now a soloist – is a poster boy for Madrid.

The love song Lady Madrid will transport you to the city in the summer, from its terrazas (beer gardens) and bars, to the Gran Vía, a major street described in the song as the city’s backbone. It’s the penultimate song on their LP Animales, so keep the album on loop.

In these trying times, you might find some comfort in a cocido madrileño, a stew with a 600-year-old backstory. Named after the city, it is certainly a meal of our times: it is cooked mainly with store cupboard ingredients – chickpeas and noodles – as well as vegetables and meat.

Much like the churros, a cocido is a labour of love – you’ll need to soak the chickpeas overnight and, once you’ve combined the ingredients, you’ll have to keep it simmering for hours. The longer you let it cook, the better it tastes – so keep it bubbling away all day and have it as a hearty dinner. 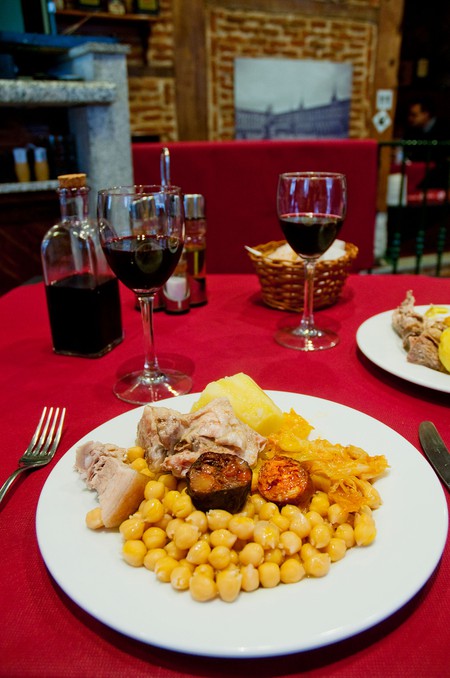 For an authentic taste of Madrid, try your hand at cooking a hearty ‘cocido madrileno’ stew | © Maria Galan Still / Alamy Stock Photo
Give us feedback