How to Spend 48 Hours in Almería, Spain 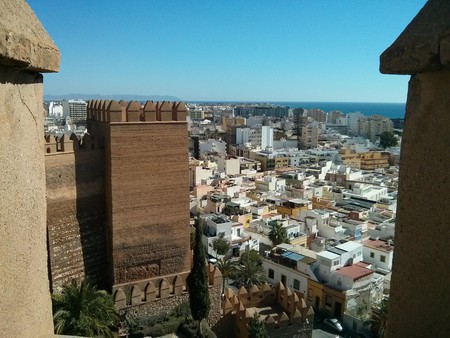 View of Almería from the Alcazaba | © Martin Stone/Flickr

A 48-hour trip to Almería gives you plenty of time to not only take in the city itself, but the spectacular landscapes that surround it. Read on for our guide to getting the most out of a two-day visit to this southern Spanish gem.

Spend your first morning in Almería acquainting yourself with its key historical attractions, starting with the town’s beautiful 16th-century cathedral. Unlike many religious buildings in Europe, this cathedral was used as a defensive fortress as well as a place of worship—a dual purpose hinted at by the watchtower that sits to the left of its ornate entrance.
Open In Google Maps
8 Plaza de la Catedral, Almería, Andalucía, 4001, Spain
+34687210390
Visit Website
Give us feedback 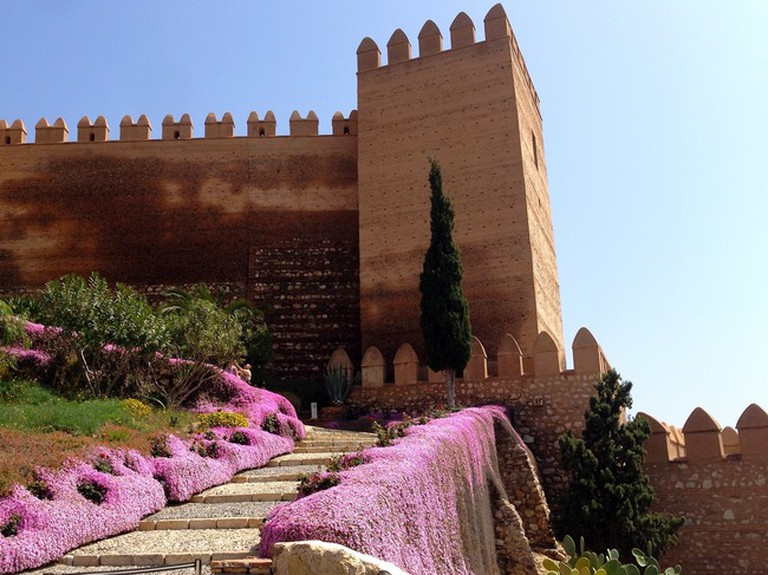 The Alcazaba of Almeria | SvD/pixabay
Just a five minute stroll from the palm tree-lined Plaza de la Catedral are Almería’s Refugios de la Guerra Civil. These underground tunnels were constructed by a team of local engineers at the end of the 1936-39 Spanish Civil War and, totalling 4.5 kilometres (6 miles) in length, they were intended to provide safety from the relentless attacks of Franco’s fascists.
Open In Google Maps
1 Plaza Manuel Pérez García, Almería, Andalucía, 4003, Spain
+34950268696
Give us feedback

Allow a good 90 minutes to properly take in Almería’s spectacular Moorish fortress, or Alcazaba. It was built in the second half of the 10th century when Almería was one of the most important and wealthy cities in Al Andaluz, as Muslim-ruled Spain was called. Along with the mighty Alhambra of Granada, it was the largest fortress in Al Andaluz. 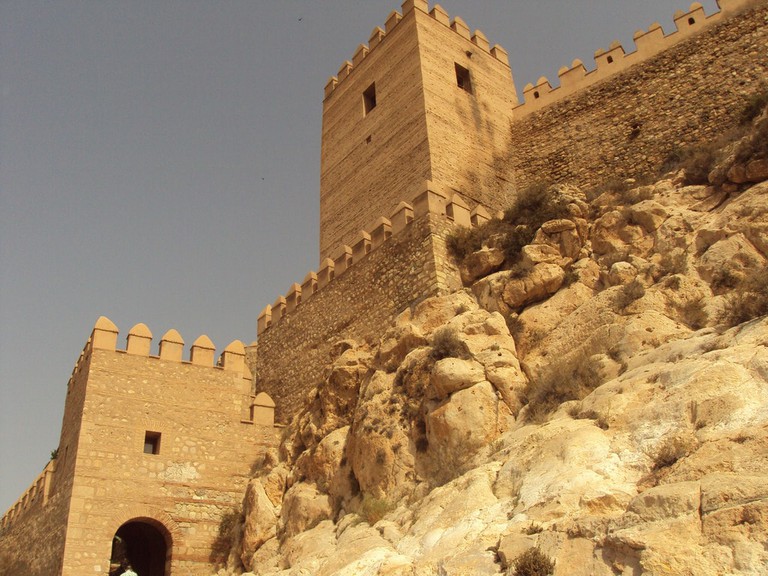 After a morning of sightseeing, you’ll have worked up an appetite for some of Almería’s famous tapas. For some of the best in town, head to El Quinto Toro just off the Paseo de Almería near the Central Market. A household name among locals, it offers traditional homecooked cuisine at amazing prices in an old-school bar decorated with bullfighting paraphernalia.

After a post-lunch siesta (during the summer, it’s too hot to do anything from 1-4 pm), enjoy the rest of the afternoon on the beach. The Playa de Almería is located to the east of the port, about a 15 minute walk from the city centre; a 1,500-metre (5,000-foot) stretch of clean yellow sand and calm waters, it boasts extensive facilities including bathrooms, showers and, of course, plenty of beach bars. 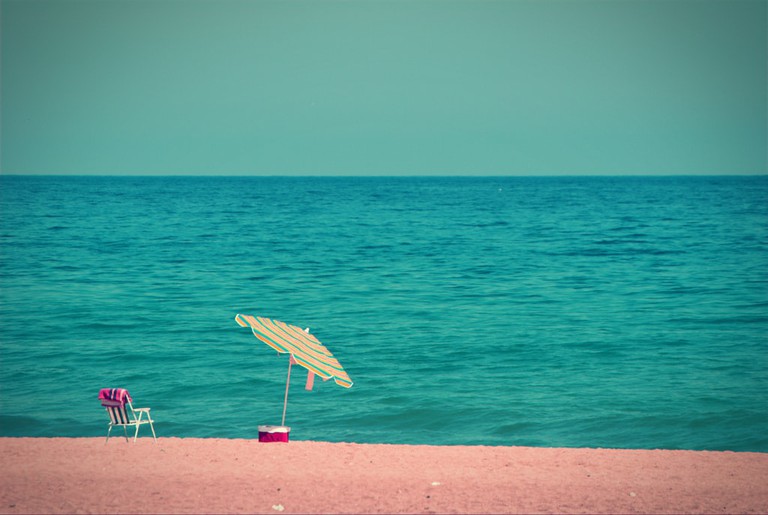 Almería is famous for its stunning beaches | © Jose Jiménez/Flickr

Stroll on the Paseo de Almería

As evening descends on the city, you’ll be able to join the locals as they stroll through the elegant Paseo de Almería. Indeed, the paseo—an evening stroll or walk—is a fixture of daily life in southern Spain, with people venturing outside once the afternoon heat has passed to exchange gossip and catch up with neighbours. You can mingle with them on Almería’s main street where you’re also sure to find a charming spot for dinner and drinks.

Hire a car for your second and final day in Almería and explore the incredible landscape that surrounds the city. Just half an hour’s drive out of city, the A-92 motorway takes you into the heart of the Desierto de Tabernas, Europe’s only desert. A barren and beautiful wilderness of sun-scorched cliffs and dunes, Tabernas sees less than 200 milimetres (8 inches) of rain per year and is largely responsible for making Almería Europe’s warmest city.

Tabernas’s rugged beauty has earned it a starring role in several classic films, especially during the 1960s and 1970s when many Hollywood productions were shot there. The most famous of these films were the Sergio Leone Spaghetti Westerns starring Clint Eastwood. Today, you can visit three of the Wild West sets that were created for these films: Oasys MiniHollywood, Fort Bravo and Western Leone. Reenactments of gun fights are staged and you can even have your photo taken dressed up as a cowboy or cowgirl. 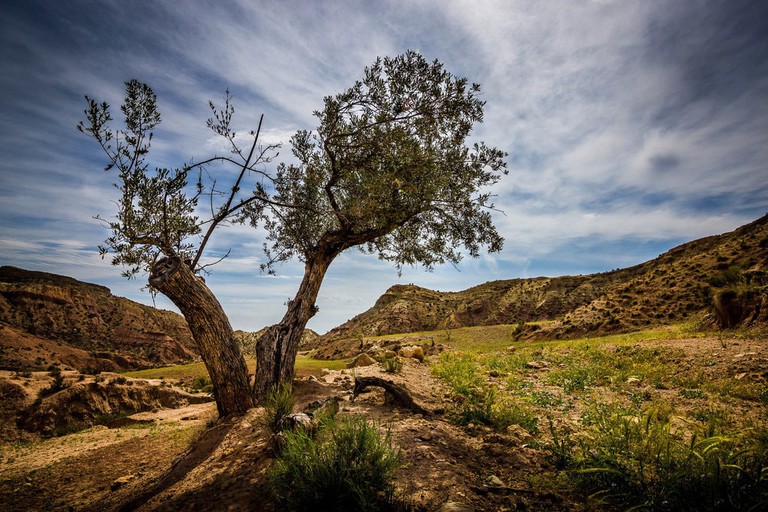 After a morning in the Wild West, take an hour-long drive heading south to the protected natural area for which Almería is famous throughout Spain: the Cabo de Gatar-Níjar Natural Park. This spectacular expanse of terrain is notable for its volcanic formations and is home to the 493-metre (1,617-foot) tall El Fraile mountain, Spain’s largest volcanic rock formation.

There is plenty to do in the Cabo de Gata natural park, from exploring its uninhabited terrain on foot to horseback and bike riding, or driving to some of its most attractive towns: Nijár, San José or the seaside Cabo de Gata. If you only have an afternoon, the best way to enjoy the park’s natural beauty is by visiting one of its unspoiled beaches. Spaniards flock to these shores from all over the country during the summer, attracted by the virginal sands, clear waters and rolling dunes. If you spend your last afternoon on the Playa de los Genoveses or the Playa de los Muertos, one thing’s for sure: you’ll definitely be coming back to Almería. 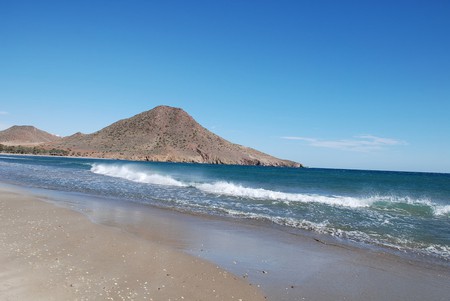