How to Spend 24 Hours in Almería, Spain 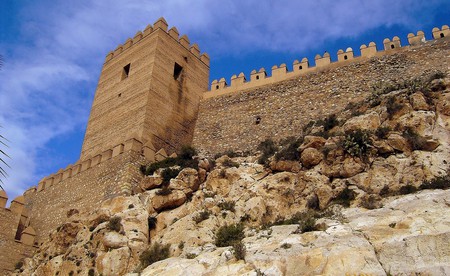 Almería offers everything the day-tripper could want, including a beautiful beach, impressive historical monuments and fantastic tapas restaurants. Read on for our guide to getting the most out of 24 hours in this charming Andalusian city.

Kickstart your 24 hours in Almería by taking the city’s pulse at the smart Mercado Central. Just off the main thoroughfare of the Paseo de Almería, this is a lively cluster of gourmet stalls spread over two levels: on the first floor (or ground floor as you walk in from the Paseo), you’ll find fruit and veg, cheese, meat, olive oils and local wines, while the basement is given over to fish. The market is at its best mid-morning, when the locals arrive to do their weekly shop, a chore that also doubles up as a social occasion in Andalusia.

After the market, spend your morning taking in Almería’s key historical attractions, starting with the Refugios de la Guerra Civil. This 4.5-kilometre (3-mile) network of subterranean caverns and passageways was built towards the end of Spain’s 1936–39 Civil War, when the city was being relentlessly bombed by Franco’s fascists (Málaga and Almería were the last two Republican strongholds in Spain). One kilometre of the tunnels are open to the public and tours are run in Spanish. 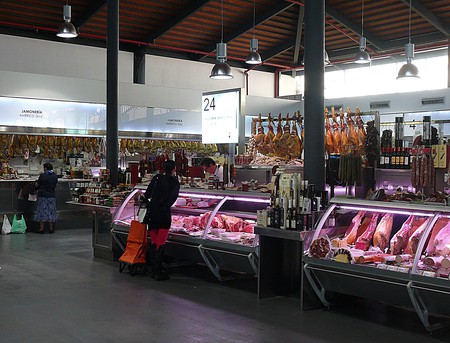 Almería’s cathedral is the only such building in Europe to have served a defensive purpose as well as a religious one, as can be seen by the squat, castle-like tower to the left of its beautiful main entrance. It was built in gothic and renaissance styles between 1524 and 1562 and famously starred in Franklin J Schaffner’s 1969 World War II epic Patton. Hotel Catedral has a terrace out on the tranquil, palm-tree lined square that faces the cathedral – the perfect place to stop for a coffee or copa.

From the cathedral it’s just a ten-minute stroll through charming residential streets to the 10th-century Moorish fortress, or Alcazaba. Built by the wealthy and powerful Córdoban caliph who was also the mastermind behind Córdoba’s Medina Azahar, this magnficent fort-palace complex was the second-largest structure in Moorish Spain, after Granada’s Alhambra. It sits atop a hill of bare, sun-baked rock and commands wonderful views out to sea and over the city. Bear in mind that it’s closed to visitors on Mondays. 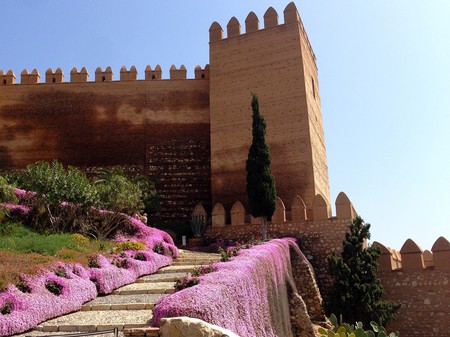 For a delicious and unbelievably cheap lunch, head back towards the market and set yourself up at the bar in El Quinto Toro (‘the Fifth Bull’). The tapas are free with beers, wines and soft drinks here and, despite being firmly placed on the tourist map, it’s still hugely popular with locals. Only tapas is served at the bar, but there are a few tables available if you want a sit-down meal; either way, you’ll be well-placed to take in all the old bullfighting pictures and posters that plaster the walls.

After a siesta to avoid the hottest part of the day, spend the rest of the afternoon at Almería’s metre city beach, the Playa de Almería. It’s situated beyond the port, about a 15-minute walk from the centre, and its facilities are open from late June to mid-September. For a city beach, the Playa de Almería is exceptionally spacious, meaning it never feels too crowded, and it has all the amenities you’d expect, including showers, wash rooms, chiringuitos and sun loungers for hire. 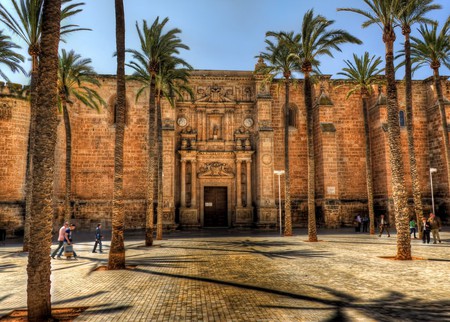 After the beach, enjoy a stroll in the Nicolás Salmerón park. This long, thin stretch of greenery runs alongside Almería’s port and is the perfect place to escape the sun and join the locals on their early-evening paseo. Take a seat on a bench in the shade and watch the cruise liners come and go, or admire the enormous, gnarled old trees at its centre.

The best place to be on your evening in Almería is the city’s charming old quarter, which extends west off the Paseo de Almería. One of its best restaurants is the Taberna Nuestra Tierra, which serves traditional and modern tapas and a good selection of wines and beers. For dinner Almería-style, order several to share, and be sure to taste the fried cod with spicy mayonnaise. 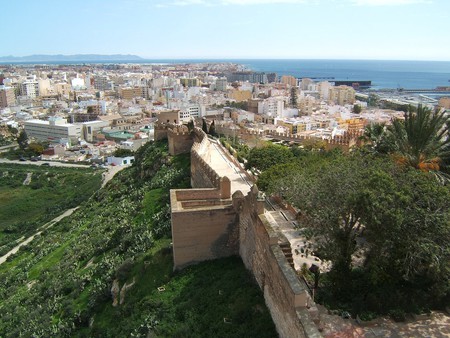 View over Almería from the Alcazaba | © Tom / Flickr
Give us feedback