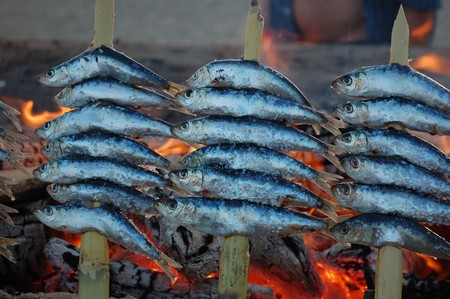 Like any other country, Spain has its quirks and eccentricities: from Galicia to Andalusia, Extremadura to Catalunya, each of the provinces of Spain has its own unique culture and fair share of distinctive customs and traditions. Whether it’s bare-bottomed nativity figurines or gobbling grapes at New Year, there are certain customs and practices which will probably raise an eyebrow or two outside of Spain.

Think of a nativity scene: there’s Mary, baby Jesus, the three wise men and… a bare-bottomed peasant relieving himself on the side. Right? If you’re not from around Catalunya then chances are you’re not familiar with the caganer, or ‘pooper’, a humble peasant whose actions are believed to serve as a reminder of the basic similarity of all men. 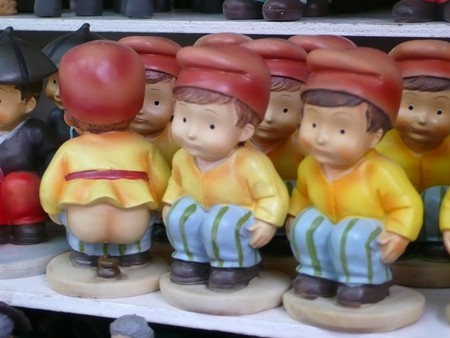 Not content with just the one poop-related Christmas tradition, the Catalans and their neighbors, the Aragonese, welcome the caga tió into their households each year to the delight of children. The ‘Pooping Uncle’ is an anthropomorphised log who, when beaten with a wooden stick, magically produces presents from beneath his cloak. Children must first sing a little song which can be roughly translated as ‘Poop log, poop nougats, hazelnuts and mató cheese, if you don’t poop well, I’ll hit you with a stick, poop log!’ 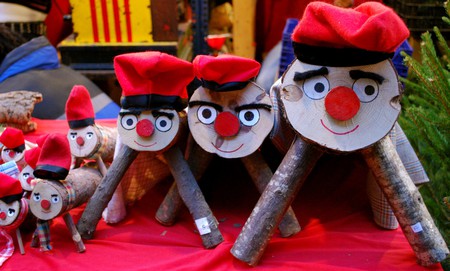 Chuck it on the floor

Anyone who has set foot in an authentic Spanish tapas bar will have experienced just how useless those small paper napkins are. It’s no wonder that most people get through dozens with any meal, add to that the numerous toothpicks and olive pips and you’ve got a veritable waste hazard on your hands. The general solution to this problem in Spain is to simply chuck it all on the floor until someone comes to sweep it up at the end of the shift. And if anyone spills a drink, a handful of sawdust will usually suffice to avoid any slips. Easy. 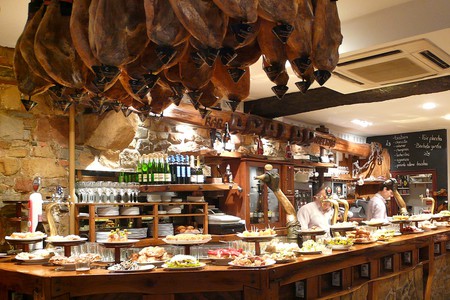 While perhaps not as strict about the matter as the British, queuing in Spain is common practice and you’ll often find yourself standing in line at the bank, the market or the town hall. However, don’t get caught out by forgetting to ask who’s last – ‘¿Quién es el último?’ – or you’ll soon find you’re not really in the queue at all. Like an officious rite of passage, asking where you stand in the queue is essential to forming part of the queue, not just physically but spiritually too. 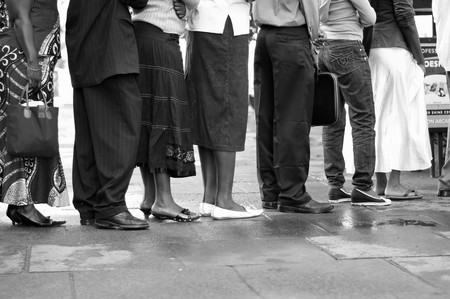 It’s New Year’s Eve and the countdown is about to begin as the clock turns midnight and the crowds gather in excitement. Time to bring out the grapes. A tradition which began at the turn of the 20th century, the practice of eating 12 grapes on the last 12 strokes before midnight is one which is practiced across Spain. Once believed to ward off evil spirits and bad luck, today it’s mostly a question of seeing who can manage the feat without embarrassing themselves too much. 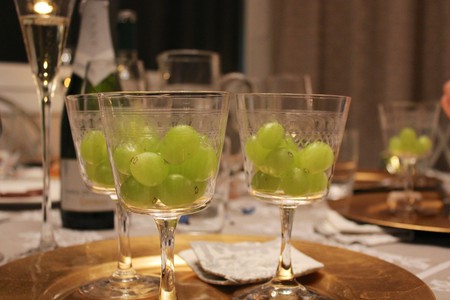 Get your own birthday cake

If you think you’re in for a treat on your birthday, think again. While in the USA or UK it’s customary for friends or colleagues to buy the birthday boy or girl a birthday cake, here in Spain if it’s your birthday, you’re in charge of providing the snacks. And that goes for birthday meals, so mind how many people you invite out if you don’t want to end up bankrupt at the end of the night. It’s enough to blow your candles out… 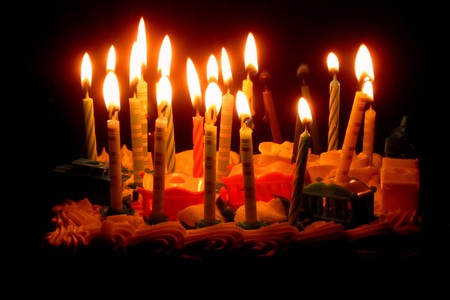 If Spanish names seem unusually long compared to most Anglican names this is because the tradition in Spain is for a child to be given the surname of both parents. The father’s name usually comes first and is the one used in every day practice, while the mother’s name comes last. However, unlike in other places in Europe or North America, women keep their own names when they get married and do not adopt their husband’s name. 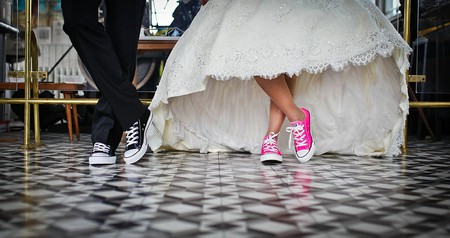 Tying in the knot | CC0 Pixabay

Congratulations on your new arrival

Perhaps one of the most significant moments in a couple’s life, the arrival of a baby in the family, is something that is celebrated the world over. While practical gifts like clothes or toys are popular gift choices in most places, here in Spain it’s also traditional for friends to gift the baby’s weight in Spanish cured ham, jamón Iberico, to the new parents. With the average baby weighing about three-and-a-half kilos and the most expensive jamón retailing at €70 per kilo, this could turn into an expensive gift. 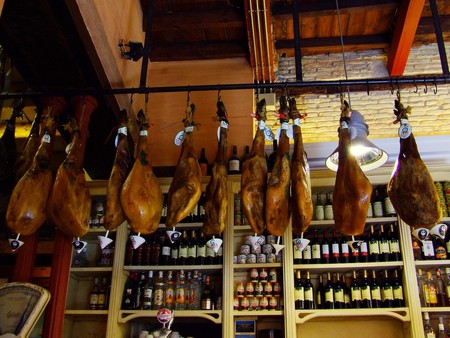 Now this is no time for stereotypes and gross generalizations, but it’s fairly safe to say that the Spanish concept of what being on time means is slightly different to what you might find elsewhere. Call a restaurant to tell them you’re going to be 15 minutes late and they won’t understand why you’re calling. It’s not that Spanish people are always late (that’s way too sweeping a statement), it’s rather that late just means a whole different thing here in Spain. 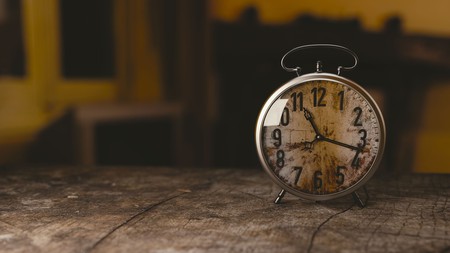 Push, pull, twist and tug, anything goes when you’re trying to lose your baby teeth and cash in on the Tooth Fairy’s more than generous rewards for your discarded pearly whites. But rather than await a fluttering fairy, children here in Spain welcome a friendly mouse known as the Ratoncito Pérez to deliver them gifts. This friendly rodent even has his own commemorative plaque in Madrid. 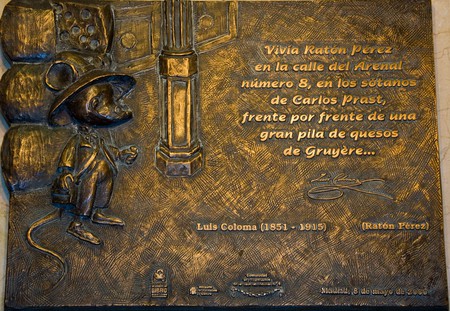 People dressed in giant heads whipping passers-by with pigs’ bladders, a fake burial ceremony for those who have survived a near-death experience, jumping over new-born babies, throwing dead rats at each other and trying to decapitate a goose from a boat… these are just some of the rituals that take place during Spain’s regional festivals. 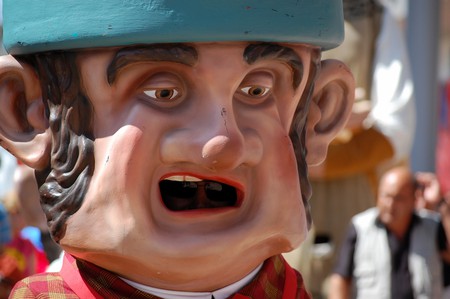 Cabezudos | © srgpicker
Give us feedback