Spain's 11 Most Unusual Attractions You Must Visit 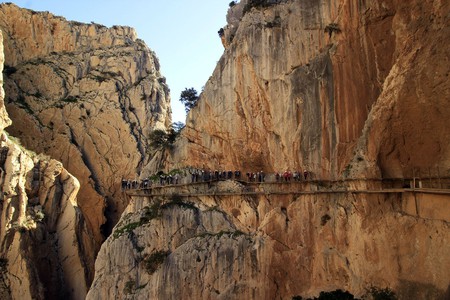 You’ve done the Sagrada Familia and the Alhambra, and are looking for something a bit different. Time to check out some of Spain’s most unusual attractions, from an underwater sculpture park to an entire town dedicated to the Smurfs…

Yes, you read that correctly, the town of Ciudad Rodrigo, western Spain, is home to its very own museum dedicated to the humble chamber pot. The museum showcases the personal collection of a former resident of the town, José Maria del Arco, and – who knew – looking at chamber pots from through the ages can give you a pretty good history lesson. 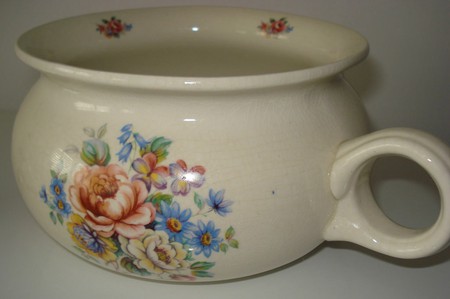 Learn all about the history of chamber pots | ©in pastel/Flickr

The Atlantic Museum was the brainchild of artist Jason deCaires Taylor and features a staggering 300 life-size figures. It took over three years to make and is located off the south coast of Lanzarote in the Canary Islands. To get up close, you’ll need to scuba dive down to 12-14 metres under the water. The works, which create a huge artificial reef, are aimed to draw attention to environmental issues.

A great example of renovation, the century-old church of Santa Barbara in Llanera, northern Spain, was a crumbling wreck before it was converted into a skate park thanks to community fundraising and sponsorship by Red Bull. The interior was daubed in stunning multicoloured artwork by graffiti artist Okuda San Miguel. 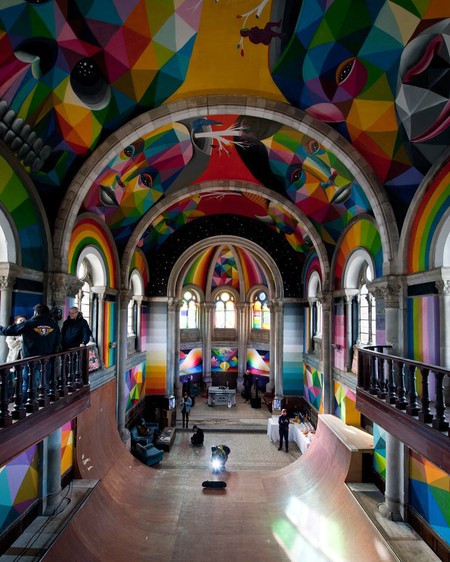 Valley of the Fallen

One of Spain’s eeriest monuments, the Valley of the Fallen is the resting place of Spanish dictator Francisco Franco, as well as thousands of people who died fighting in the Spanish Civil War. The gigantic basilica is topped with the largest cross in the world, visible jutting out of the hillside when flying into Madrid. While Franco claimed the monument was a ‘national act of atonement’, it continues to be extremely controversial in Spain, where many view it as a symbol of Franco and his regime. 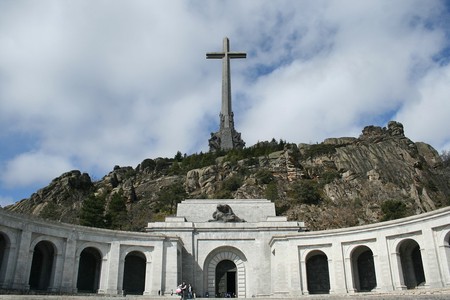 The Valley of the Fallen | ©Contando Estrelas/Flickr

Adrenaline junkies look no further: why not spend a morning walking what has been dubbed the ‘world’s scariest footpath’. After five deaths in 1999 and 2000, the Caminito del Rey, near Malaga, was closed, but reopened again in 2015 after safety was improved. The original path was finished in 1905, and was supposed to service workers at a nearby hydroelectric plant. It is just one metre wide and over 100 metres above the gorge below. Don’t look down!

The Caminito del Rey – not for the faint-hearted | ©alfcermed/Pixabay

During the 1960s, Spain became a favourite filming location for Westerns, pioneered by Sergio Leone’s Dollars Trilogy. An entire industry grew up practically overnight in Almería, southeastern Spain, home to Europe’s only desert. If you want to relive Spain’s Hollywood heyday, you can visit several former filming locations that have been turned into Wild West theme parks. 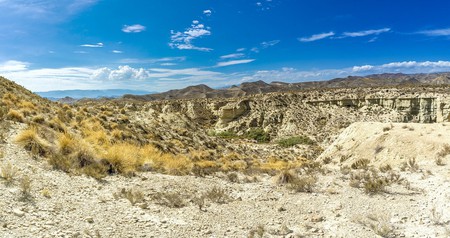 A Town in the Rocks

This town, near Cádiz, southern Spain, is really a sight to behold; its whitewashed buildings are built into an overhanging rock face, giving them the appearance of having been trapped by an ancient landslide that is hovering above. The houses were built by enlarging natural caves in the rock and are, these days, a big tourist draw. 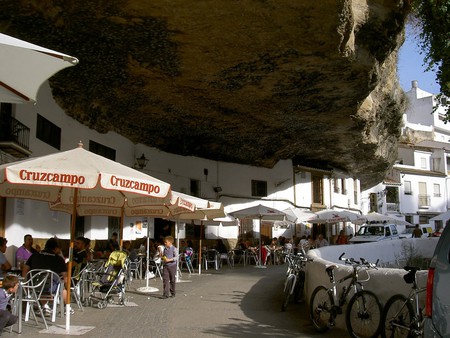 In 2011, the beautiful whitewashed houses in the town of Júzcar, near Málaga, were painted bright blue by Sony Pictures as part of a marketing campaign for the new Smurfs movie. When offered to repaint the town white, locals refused and decided to keep the new blue dwellings. They weren’t stupid: the number of tourists visiting ‘Smurf Town’ leapt from a few hundred when it was white to thousands when it became Smurf-related. In 2017, after a dispute with the family of Smurfs creator Pierre Culliford, the town was banned from associating itself with Smurfs. 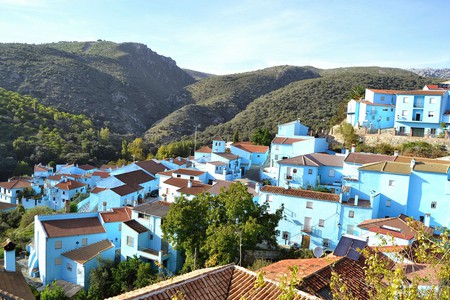 One of Spain’s most unique eating experiences has to be having your food cooked right on top of an active volcano. Restaurante el Diablo – Devil’s Restaurant – is located in the Timanfaya National Park in Lanzarote and cooks its meat and vegetable dishes in the geothermal heat of the volcano. 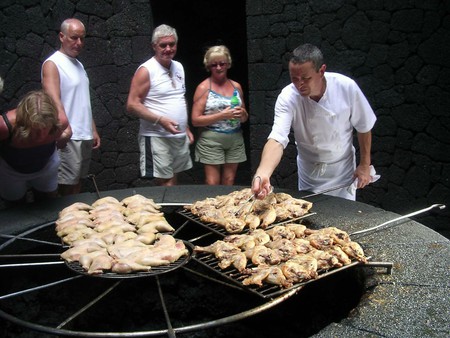 The Second-Largest Chair in the World

Perhaps one of the most random entries on the list is the world’s second-largest chair in the town of Lucena, near Córdoba, southern Spain. Who knew that for decades, people had been competing to build the world’s biggest chair? Spain briefly succeeded with this eight-storey high, over 26-metre creation, but was soon cruelly pipped to first place by an Austrian chair. 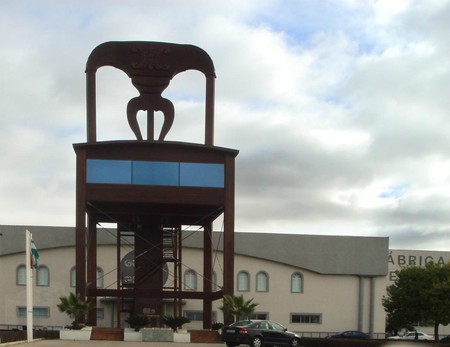 These badlands, or semi-desert, are part of a national park in Navarra, northern Spain, an other-worldly landscape of eroded rock that could easily double up as a moonscape. The area’s filmic quality has drawn many films and TV shows, most recently Game of Thrones, when it became the Dothraki Sea in season six. 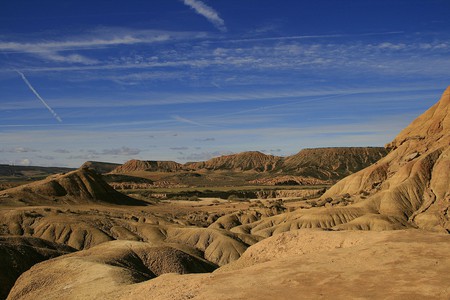